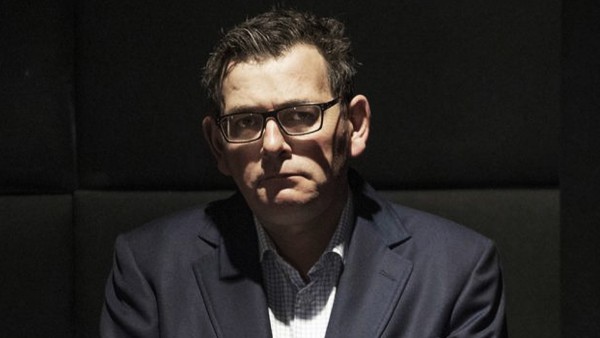 Last week Victorian Premier Daniel Andrews sounded for all the world like a leader taking full responsibility for his state’s hotel quarantine fiasco which has triggered catastrophic health and economic consequences:

This week he outright lied to the Parliament’s Public Accounts and Estimates Committee responsible for the all-important inquiry into his botched hotel quarantine program.

On Tuesday Andrews told the committee that the Australian Defence Force [ADF] did not offer any support to Victoria’s problem-plagued hotel quarantine system.

"I don’t believe ADF support was on offer," he said.

Turns out this was a bald-faced lie.

In truth the ADF repeatedly offered to assist Victoria establish and maintain quarantine arrangements – all of which were rejected by Andrews.

“No request for quarantine support was subsequently received from Victoria at that time.

Reynolds said a request was made by the Victorian government and agreed to by the ADF for 850 personnel on June 24.

“The request was withdrawn by the Victorian Government the following day,” she said.

The day hotel quarantine was announced (ie. March 27) Prime Minister Scott Morrison said the federal government "will be supporting [the states] also by providing members of the Australian Defence Force to assist in the compliance with these arrangements".

And that’s exactly what they did.

Our ADF established planning teams in every state to facilitate any requests for support.

And unlike Victoria, New South Wales and Queensland took the ADF up on their offer and got them involved in monitoring and compliance of their hotel quarantine programs.

Why Victoria didn’t do the same?

According to Reynolds, the ADF had "discussed requirements with relevant state and territory authorities" on March 27 and the following day, "Victorian authorities advised that Victoria was not seeking ADF assistance with mandatory quarantine arrangements".

"The ADF was consistently advised that its assistance was not required for any 'public facing roles' in Victoria," Reynolds said.

How the Premier thought he’d get away with such an outright lie, we’ll never know – the feds aren’t in the habit of taking the rap for state government blunders much less the mother of all mistakes.

All Andrews has achieved is making a bad situation worse by lying about it.

“This dishonest attempt to cover up Labor’s hotel quarantine scandal shows that Daniel Andrews is only interested in protecting his miserable government, not in telling the truth,” state opposition leader Michael O’Brien said.

After being seen to do the right thing by appointing an inquiry into the hotel quarantine debacle, it appears the Victorian government is now in cahoots to ensure blame can’t exactly be laid anywhere.

Blame is being shunted around like a hot potato – not actually landing anywhere.

So far the inquiry has heard that no single department or minister was responsible for overseeing the program, or deciding to use private security guards instead of police and ADF.

It’s all far too convenient for mainstream Australians to believe for a minute.