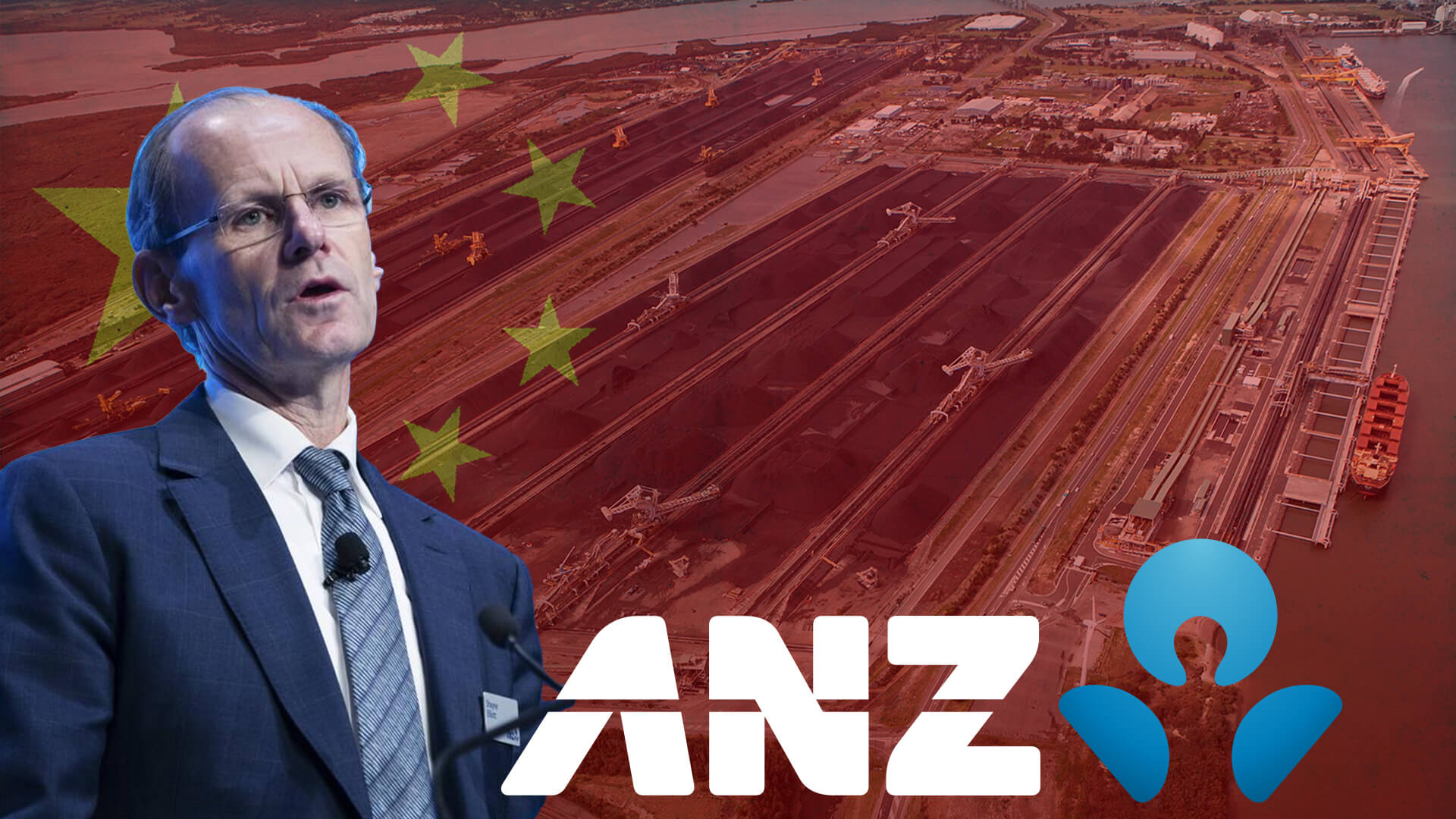 The obsession of our woke corporates and elites with net-zero emissions has become a matter of national security.

Yesterday, ANZ announced it is abandoning the Port of Newcastle after refusing to keep funding the mega-facility under its new climate change policy.

ANZ should be ashamed of itself.

It has forgotten that it benefits from generous underwriting by the taxpayer yet has pulled the financial pin on one of our most important strategic assets.

First it was our politicians who privatised the port back in 2015, selling half of it to a Chinese state-owned enterprise.

Now ANZ’s decision to withdraw support from the port may force its managers to seek finance from foreign banks in the foreseeable future.

As Senator Perin Davey said, “the risk is that if our financial institutions move away from investing in higher-emitting industries, those industries will just seek finance offshore.”

Will Chinese Communist Party-controlled entities take this opportunity to increase their share in the Port of Newcastle, the world’s largest coal port, responsible for the export of more than 150 million tonnes of coal every year?

Do we really want the CCP to have even more leverage over such a critical industry after they banned Australian coal exports last year while their own citizens froze to death due to power outages in northern China?

At the end of the day, we all know the CCP regime needs our coal more than any other country.

Afterall, the CCP put 38.4 gigawatts of new coal-fired power capacity into operation in 2020 (three times the amount built elsewhere around the world), at the same time as the vast majority of their coal exports came from Australia.

Surely a prestigious institution such as ANZ understands that 80% of the world's solar panels are made in Chinese factories powered by coal-fired power plants, which run on Aussie coal derived from the Port of Newcastle.

Its not even as if the Port of Newcastle has repudiated the climate change narrative ANZ holds so close to its heart.

For example, the port is moving to 100 per cent renewable energy by the end of this year, shifting to electric vehicles by 2023 and supporting vehicle-charging networks across Newcastle, for goodness sake!

Is this seriously not good enough for ANZ?

What sort of message does this send to other Australian business?

As Senator Perin Davey said, “the fear on the ground is that this practice will not stop at large, coal-dependent industry.

“First coal, then mining contractors, then transport, then agriculture. Where does it end?

“Banks are sending signals to the market to make it more difficult for Australian business right when we are trying to reinvigorate it and bring things like manufacturing back on shore.”

Australians do want manufacturing to come back to our shores.

But how could we possibly make this happen when our manufacturers have seen an 81% increase in energy prices over the last decade?

How can manufacturing return when banks like ANZ refuse to support critical infrastructure like the Port of Newcastle, even though the outfit managing the site has committed to 100 per cent renewable energy and shifting to electric vehicles?

This is the problem with the left.

If you give them an inch, they’ll take a mile - regardless of the national security and energy security ramifications.

There’s just no appeasing these people.

Ultimately, the priority for our politicians and business leaders now should be national security, and whether the green-left like it or not, no country can effectively defend itself without a large-scale competitive manufacturing industry underwritten by cheap, reliable coal-fired power. Or nuclear, but the green-left reject that too.

The only winner from our “climate policy” is the CCP.