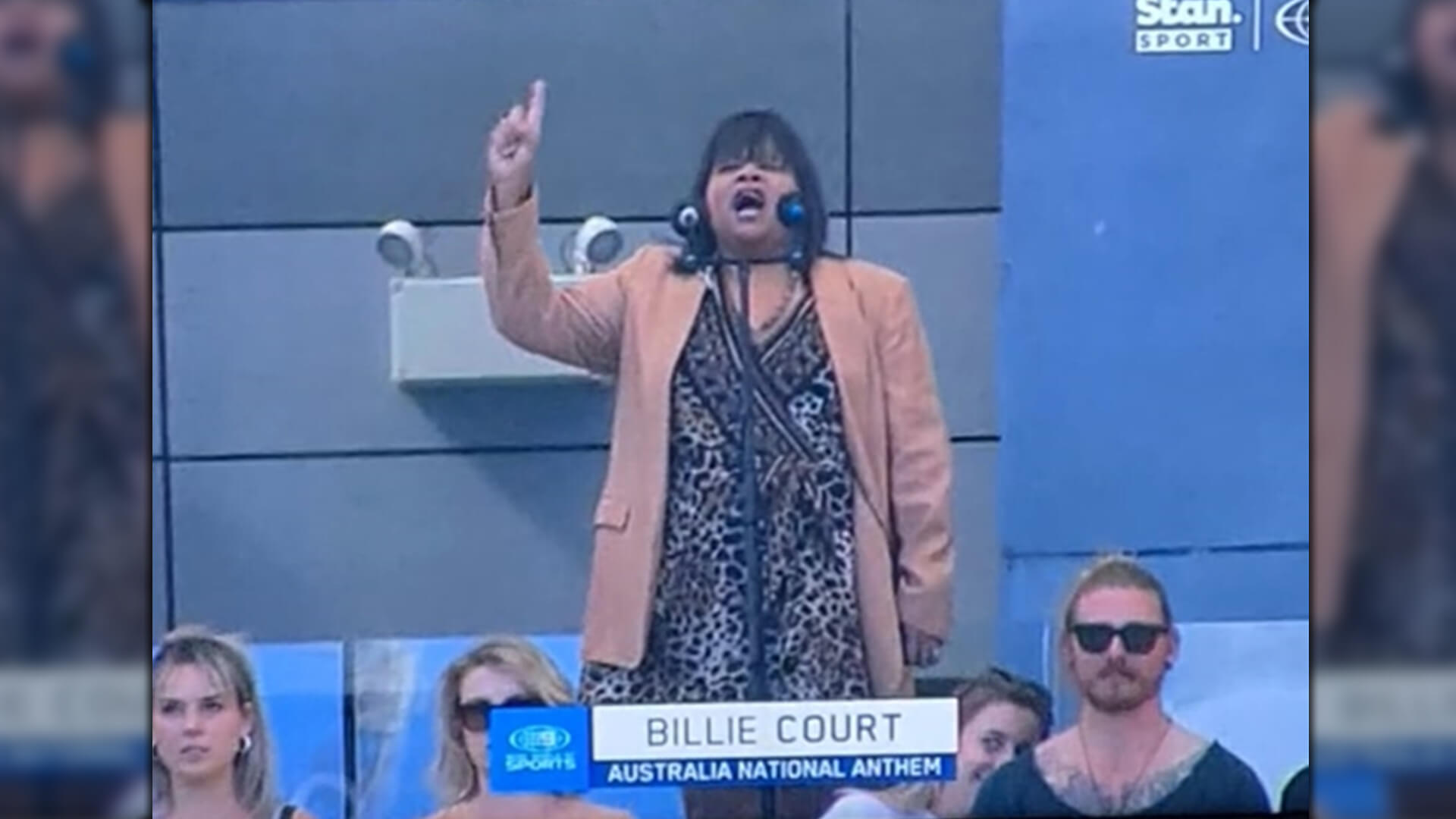 “In our age there is no such thing as ‘keeping out of politics’. All issues are political issues, and politics itself is a mass of lies, evasions, folly, hatred and schizophrenia.” – George Orwell.

Well of all places, Orwell’s point was proven during yesterday’s final 2021 Bledisloe Cup Rugby Union game between the All Blacks and the Wallabies; and unsurprisingly the politics was concentrated in the national anthem ceremony.

Here’s how it played out:

Before the Australian national anthem, an Indigenous Aussie gave a “Welcome to Country” and performed a tribal song using boomerangs as clapsticks.

Nothing wrong with that.

However, it seems having the privilege and opportunity to sing the anthem at one of the country’s most revered sporting events wasn’t enough for Ms Court.

Not only did she sing the new version of the national anthem that describes Australia as “one and free” instead of “young and free”; but she made a song and dance about the new lyrics.

While singing “we are one and free”, she put up her index finger to emphasise the new lyric change, and then proceeded to sing the rest of the anthem as usual.

Although Court’s decision to emphasise her support for the anthem change isn’t a big deal in the grand scheme of things, it does show how political activists are willing to politicise our anthem even when most rugby union fans don’t care or support the change.

In fact, it’s been going on for years.

Then they cancelled the second verse because it showed pride in Australia’s British heritage:

When gallant Cook from Albion sail'd,

True British courage bore him on,

Til he landed on our shore.

The standard of the brave;

"With all her faults we love her still"

In joyful strains then let us sing,

Here at Advance, we’re sure the changes won’t stop there.

Perhaps next the politicians and their “expert” advisors will ban the lyrics “Southern Cross” from the national anthem.

Afterall, Professor Greg Craven, vice-chancellor at the Australian Catholic University said back in 2010 that “the Southern Cross is becoming a symbol not of unity but of exclusion”.

Then they may cancel the word “free” considering it could give ammunition to the anti-lockdown movement who argue lockdowns, vaccine passports and health bureaucrats have stripped us of our freedoms.

Or how about “we’ll toil with hearts and hands”?

Surely, there’d be some academic out there who’d want to replace this line in the name of combating ableism considering many were born without hands or lost them in freak accidents?

As absurd as it sounds, nothing is off the table in these troubled times.

If only the activists spent as much time ensuring Indigenous brothers and sisters have access to clean water as they do making political statements at sporting events.