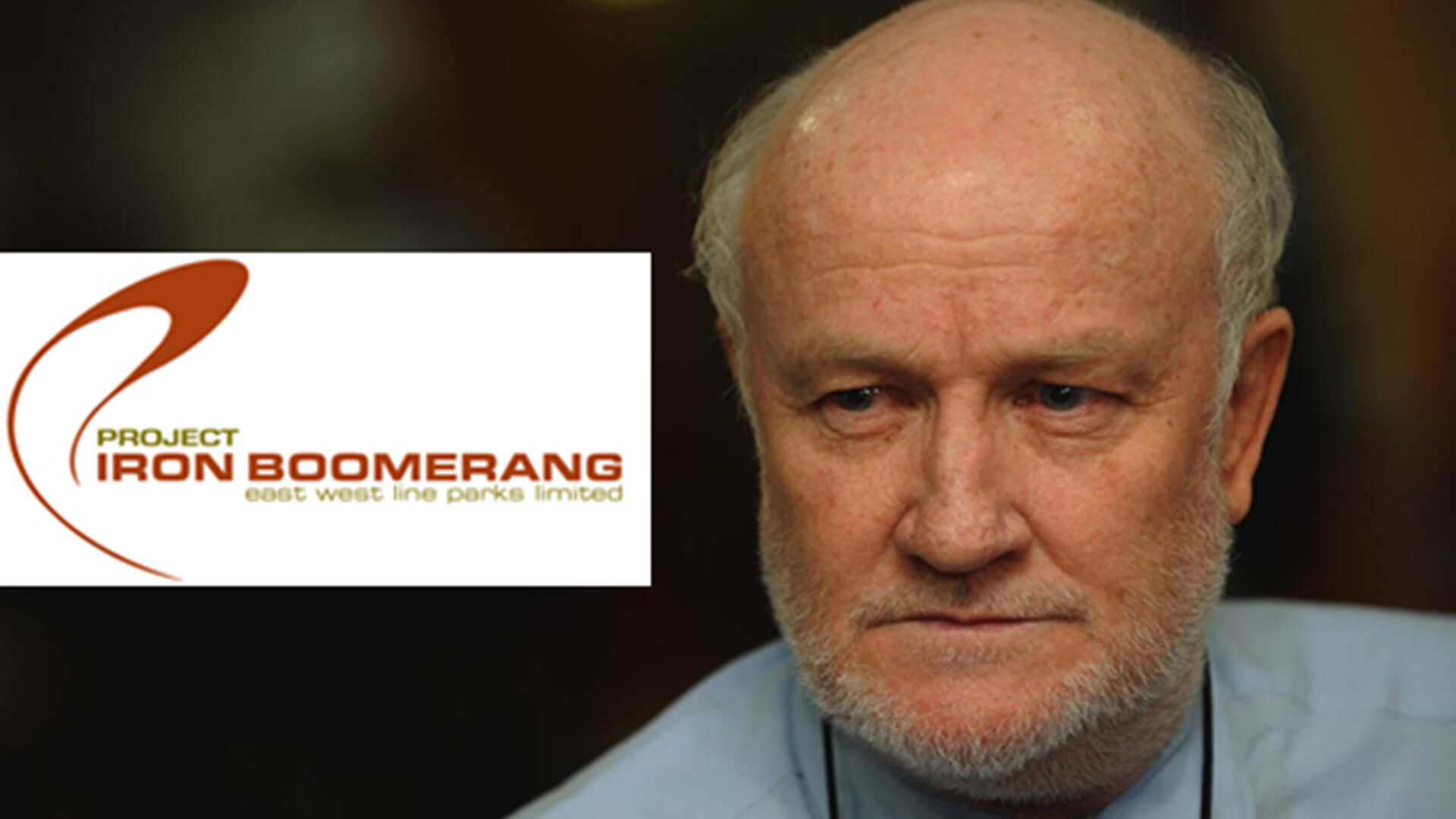 Every day, the odds keep getting stacked against Australia and our political class seem incapable of doing anything about it.

Just look at our once proud and burgeoning steel industry.

Although Australia is responsible for 70 per cent of the global seaborne iron ore and coking coal trade, we are a net steel importer, with Belgium, Austria, Egypt, Netherlands and South Africa outproducing us following a 45 per cent decrease in our output over the last 15 years.

Most of our trade is characterised by the “Empty Return Load Phenomenon” – whereby bulk carriers transport Australia’s ores north (note: 40 per cent of our iron ore exports is made up of dirt) and container ships carry manufactured products south – meaning both ships essentially return empty.

Australia only has 14 large vessels flying the Australian flag – a far cry from the fleets of Norway (519 vessels), UK (1157 vessels) and China (4608 vessels) – even though we are 98 per cent dependent on shipping for trade.

Perhaps more concerning is how Beijing is now boasting it has slashed steel exports to Australia by over 50 per cent in an effort to “wean” itself from Aussie iron ore. 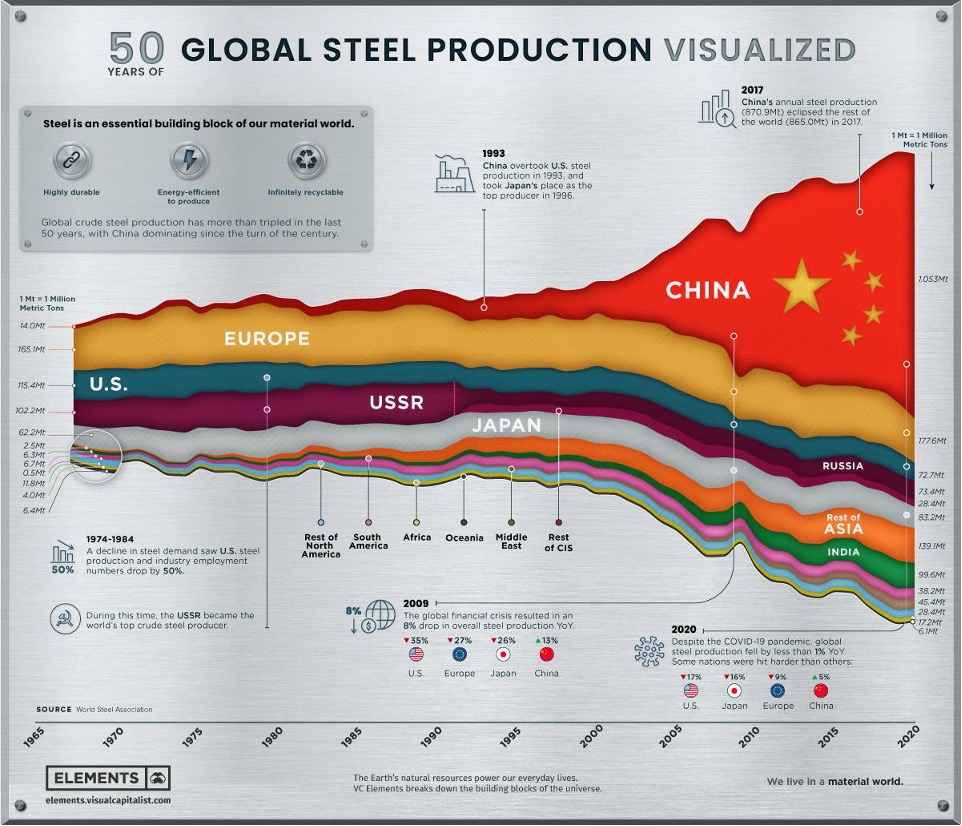 So, in a nutshell, Australia has provided China with the raw materials to produce steel and dominate the global industry.

Now that China smells an opportunity with the leader of the free world – Joe Biden – literally asleep at the wheel, they’re leveraging Australia’s hopeless dependence on their manufacturing sector to damage our economy and force us into submission just as we’re getting back on our feet post-China-virus.

What’s the solution to this existential national security threat nobody in Canberra seems to be talking about apart from George Christensen, Senator Jim Molan and Senator Matt Canavan?

Three words: Project Iron Boomerang – or in other words, bridge the continent’s “tyranny of distance” with a railway connecting our iron ore fields in the Pilbara with our coking coal fields in the Bowen Basin. Place steel mills at either end. Build dual-purpose roll-on, roll-off Aussie-owned ships to take the slab steel to rolling mills all over the world and bring back containers. Undercut Chinese steel by 15 per cent, restore Australian manufacturing and produce a total of 176 million tonnes within two decades, making Australia a top three global steel superpower. 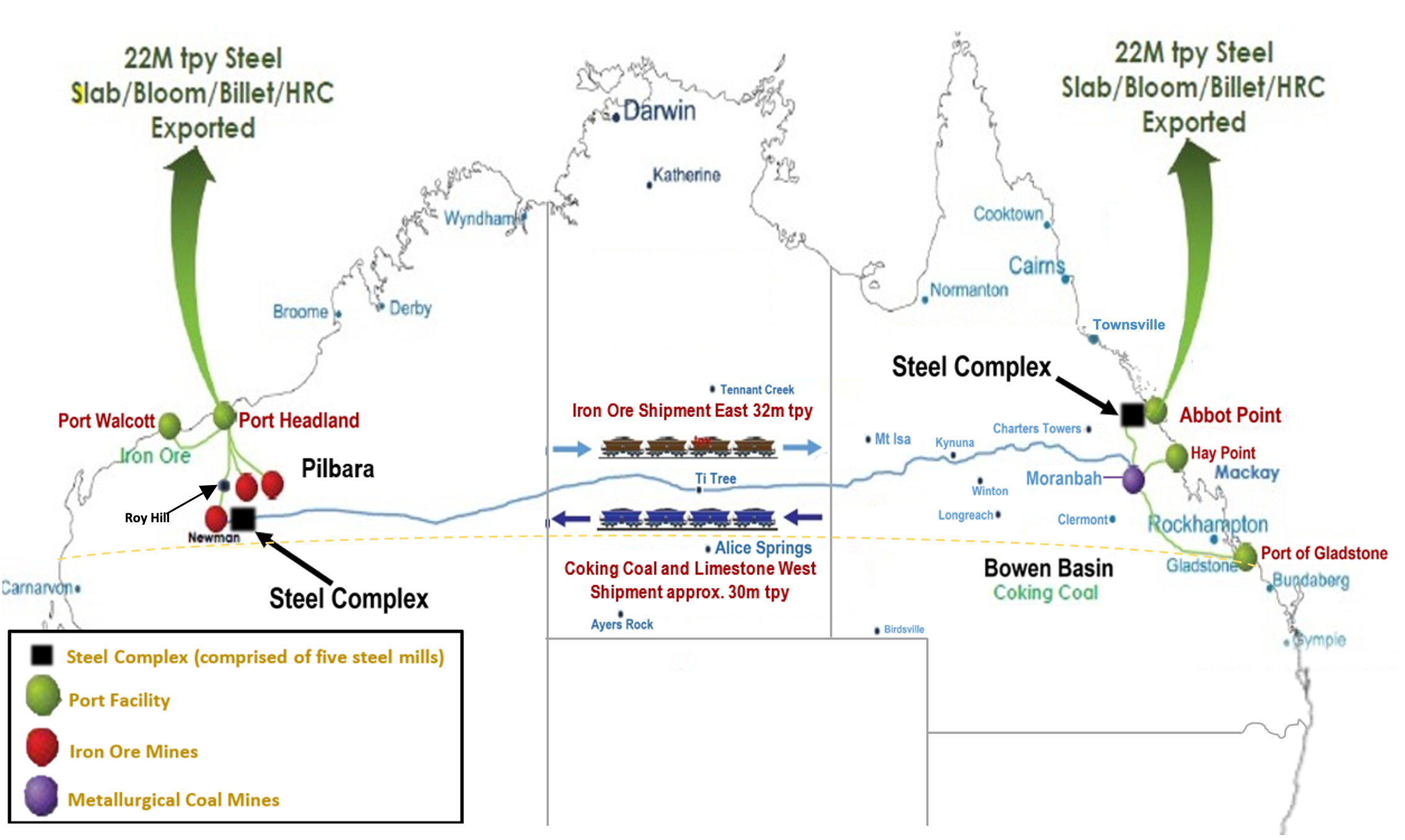 Advance will let Aussie legend, patriot and pioneer of the nation-building infrastructure initiative, Shane Condon, do the talking from here:

In a brilliant interview with 2GB’s Michael McLaren in the early hours of Monday morning, Condon said, “if you were president of the world, you’d do Iron Boomerang”.

“We dominate the world’s seaborne coking coal (nearly exclusively used for steelmaking)… All the big industrial countries have run out of their iron ore and coking coal. This is a great opportunity to make first stage slab steel here. We are the best place in the world to make steel,” he said.

“The Japanese, Koreans, Chinese, Taiwanese, Indians can’t understand why we haven’t done it earlier. We need to get our politicians to make the commitment. I think they’d get 70 or 80 per cent of the vote overnight.

“The iron ore ships – we ship nearly a billion tonnes a year – is 40 per cent dirt (60 Fe) and we are paying freight on it and the bulk carriers come back empty. So, if we make steel, we consolidate the raw materials three times, meaning the shipping is 6x more efficient. Shipping the dirt is tens of billions of net profit denial.

“It is the world’s largest modern age inefficiency phenomenon. It’s amazing we have done it this way and allowed it to happen.

“We have put up too much red, green, black and blue tape. We just have to get the job done. Nobody wants the pollution and PIB consolidates the pollution 2-3 times just through the practical supply chain and logistics consolidation.

“China can’t compete, we will be 15 per cent under the Chinese steel price; we are 10 per cent over it at the moment. Our steel production has gone down from 9.5 million in the last 15 years to 5.5 million tonnes per annum. We are importing steel from China.

“We need a whole of government approach to PIB. We need to make it clear we want to do it. I am not complaining. I think it's weak to complain. The steel boardrooms in Korea, Japan and China – they’re ready to commit. But we need to lay the platform and say we want to do it. We need to get the bankable approval done, which will take 3.5 years. The states and territories need to agree on it.

“The government has to commit to it.

“Project Iron Boomerang – value-adding our iron ore, coking coal and limestone – to make 44 mil tonnes of steel will get $23b in taxable growth revenue.

“That in 10 years will pay off the pandemic debt, or make a good contribution.

“It will be the most profitable steel in the world and it’s carbon-neutral 100 per cent. And it’s not thought bubble hydrogen stuff. We will adopt the latest technology and we will capture and use the carbon which will bring the price down. And we’re not depending on subsidies which we can’t afford anyway.

Keep up the great work.

We will continue following you and the project with great interest…