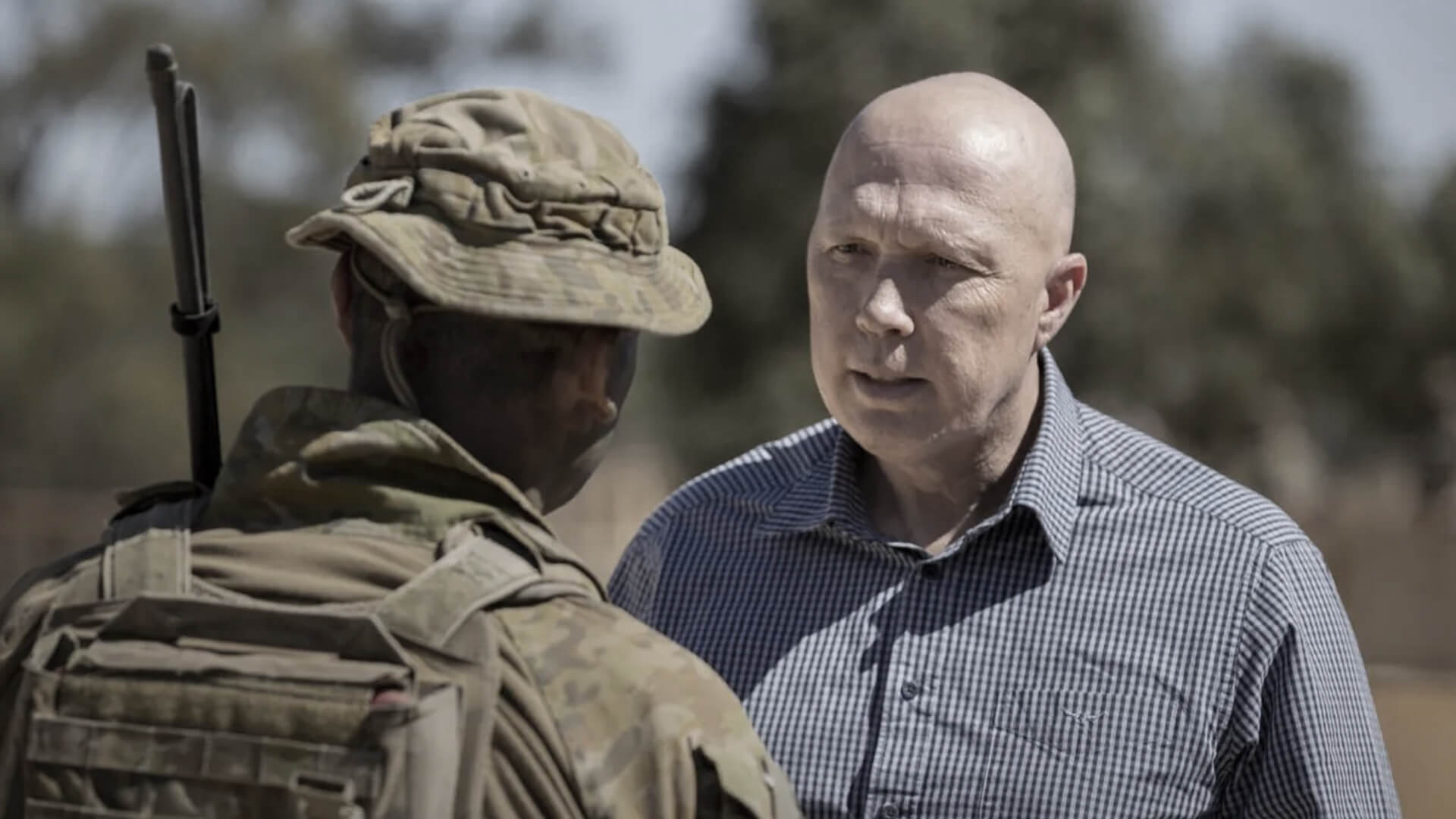 Here’s what he had to say:

“Our defence force is structured to move troops to East Timor and to fight counterinsurgencies alongside the US in Afghanistan.

“It has no relevance at all to the problems we face.

“We are going to spend $40 billion on armoured vehicles for the army and yet you can’t use them in the South China Sea. While the new things that we’re buying, the frigates and the submarines, don’t begin to arrive until the mid-2030s, and they don’t completely arrive until the 2050s.

“What we have to understand with China is that we are a weak power, and they are a strong power.

“The way weak powers hurt strong powers is through what the boffins call “asymmetric warfare”. Or in other words, tens, hundreds, thousands of little weapons we can afford to lose, unlike the frigates and submarines which we will never risk losing.

“But with drones and missiles you can swarm an enemy. This is what the Chinese have done to the Americans. You don’t want 200 new long range anti-ship missiles which Morrison announced 18 months ago (which we still don’t have by the way), you want 20,000 of them. You want 40,000 missiles in Australia’s north. You want swarms and swarms of cheap drones.

“Azerbaijan recently defeated Armenia in a war. Armenia had tanks; Azerbaijan had drones – just about the sort you could buy at Bunnings. As they could send out thousands of them, enough got through and caused the damage.

“We need a credible armoury straight away. We have no strategic warning time. Biden has shown himself to be incredibly weak, but America has tremendous regenerative power and are at last turning their minds to how to deal with the Chinese. Xi Jinping could well decide his window of opportunity is in the next five years.

“We get the first sub in 2033 or 2034. The only reason it takes us another 20 years to get the next 12 is because we have idiotically decided that to have a continuous ship build, we will only build one every two years. The British built 400 Spitfires in a year at the start of WW2.

“In the meantime, there’s lots of things we can do. We can upgrade the combat system on the Collins-class submarines, and we should put tomahawk missiles on them – they’re big bad missiles, they have long-range, they will hurt the enemy. We could do this quickly. We should get long-range ground-launch missiles for the north. We could get these quickly.

“18 months ago, the government announced an initiative to build missiles in Australia. So far, the Defence Department has done nothing about this, but suck its thumb.

“Finally, it put out a request for interest from Australian industry a couple months ago. It got 130 replies and will go through 50,000 interdepartmental committees and by the time our grandchildren are getting married, they may actually have a plan of action.

“We haven’t had a defence minister for years. It was contemptible that Scott Morrison appointed Linda Reynolds – nice woman but completely out of her depth. It was absurd Turnbull appointed Marise Payne.

“There has been no one at the shop until Dutton arrived. He needs to tell the Department of Defence that all we want is the Americans to allow us to build their missiles in Australia right now, so we can build hundreds and hundreds of them and can pay them royalties. And when we have 20-30,000 missiles, anybody – including China – will know we can inflict a lot of damage on them. At the moment we can’t do anything.”

As Peta Credlin wrote this morning, “just as China is becoming stronger and more self-confident, we are engaging in acts of needless economic and cultural self-harm.

“Why are we inflicting more costs on ourselves and driving industries offshore in the name of net-zero emissions when the biggest emitter, China, is making no such sacrifices?

“Why are we so fixated on “toxic masculinity” just when warriors may be needed again?

“And why is a country with a great overall record on racial fairness so full of self-recrimination against a rival dictatorship with no such scruples – look at the silence of so many on the Uighurs.

“Our climate, gender and identity issues could be the least of our worries against the unprecedented military challenge of dealing with a hostile superpower.

“Puts Covid into some perspective, doesn’t it?”