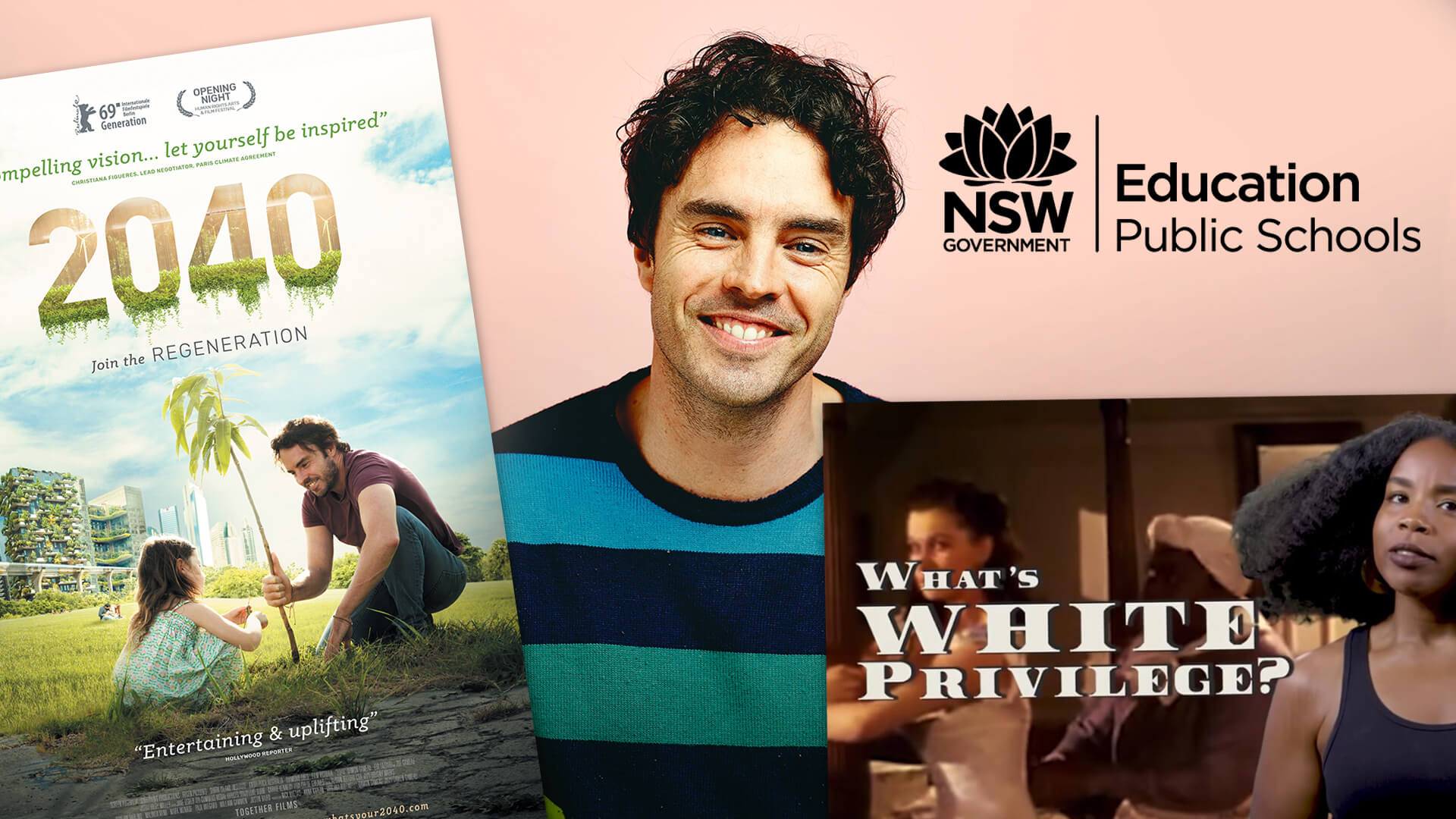 Australia’s impressionable young minds are being corrupted in our schools and it’s a fundamental threat to our democracy.

Below are two shocking examples which show how bad the situation really is:

At least one million Australian schoolchildren have been exposed to the propaganda in multimillionaire actor Damon Gameau’s film 2040, with more than 550 schools being “activated” by teachers looking to promote it in class.

The film revolves around Gameau time travelling to 2040 and realising all his green solutions have been a resounding success.

It even ends “with rapturous music and vision of youngsters of all colours and creeds dancing through a forest to celebrate low CO2 levels”, as described by Quadrant contributor, Tony Thomas.

However, most concerning, is what teachers are advised to do before and after screening the film.

According to “Cool Australia”, a not-for-profit teacher’s resource used by 90 per cent of schools in Australia, teachers must understand that “young people have a serious mistrust in the Government's ability or willingness to tackle climate change” before pressing play.

It declares that “tackling climate change requires large-scale, systemic changes across all aspects of society. Simply aiming to reduce our C02 emissions is not enough: we need to rapidly decarbonise our planet.”

And the children are asked “what do you think might be the big challenges for the year 2040,” with the correct answer, of course, being runaway climate change.

Even worse, is what happens after watching the film.

Cool Australia asserts that our children should:

“Create a climate change message for school students younger than you. You might want to warn students about some of the dangers relating to climate change, give them actions to take, or include other information that you find important or interesting.

“Some intended tones you could use might be angry, sad, positive, hopeful, anxious.

“Example – Angry: Adults are ruining the world that we have to grow up in. Act now! TIP: Show your three messages to someone in your house. Ask them which message they think is the most effective, and why.

Is it any wonder why tens of thousands of our children skip school every year to demand “climate justice”?

Well, blame Cool Australia and thousands of our teachers.

As reported in the Daily Telegraph last month, official lesson plans provided by the NSW Education Department tell teachers to educate our schoolchildren about “white privilege” and “unconscious bias”.

For example, on the NSW Department of Education’s website, “Racism No Way”, a proposed lesson plan involves the “study of the rap song ‘I Can’t Breathe’ by Indigenous Illawarra rapper DOBBY” which demands “so called Australia gets their knees off our necks!”

Next, is the “privilege for sale activity” designed for Year 9/10 where students are divided into groups and given different amounts of fake money to purchase privileges including:

In a lesson titled “Got White Privilege?” students watch a US video called “You don’t have to be racist to have white privilege” which tells them “white people get perks”.

And another worksheet claims governments want to “subvert or silence the true history of Australia” because they don’t want to face “uncomfortable truths about the past” and promote the “stereotype Australia is the Lucky Country when in fact it’s only lucky for a select few”.

As the old adage goes, “get ‘em while they’re young”.

Mainstream Australians must work together and reverse the damage, before it’s too late.