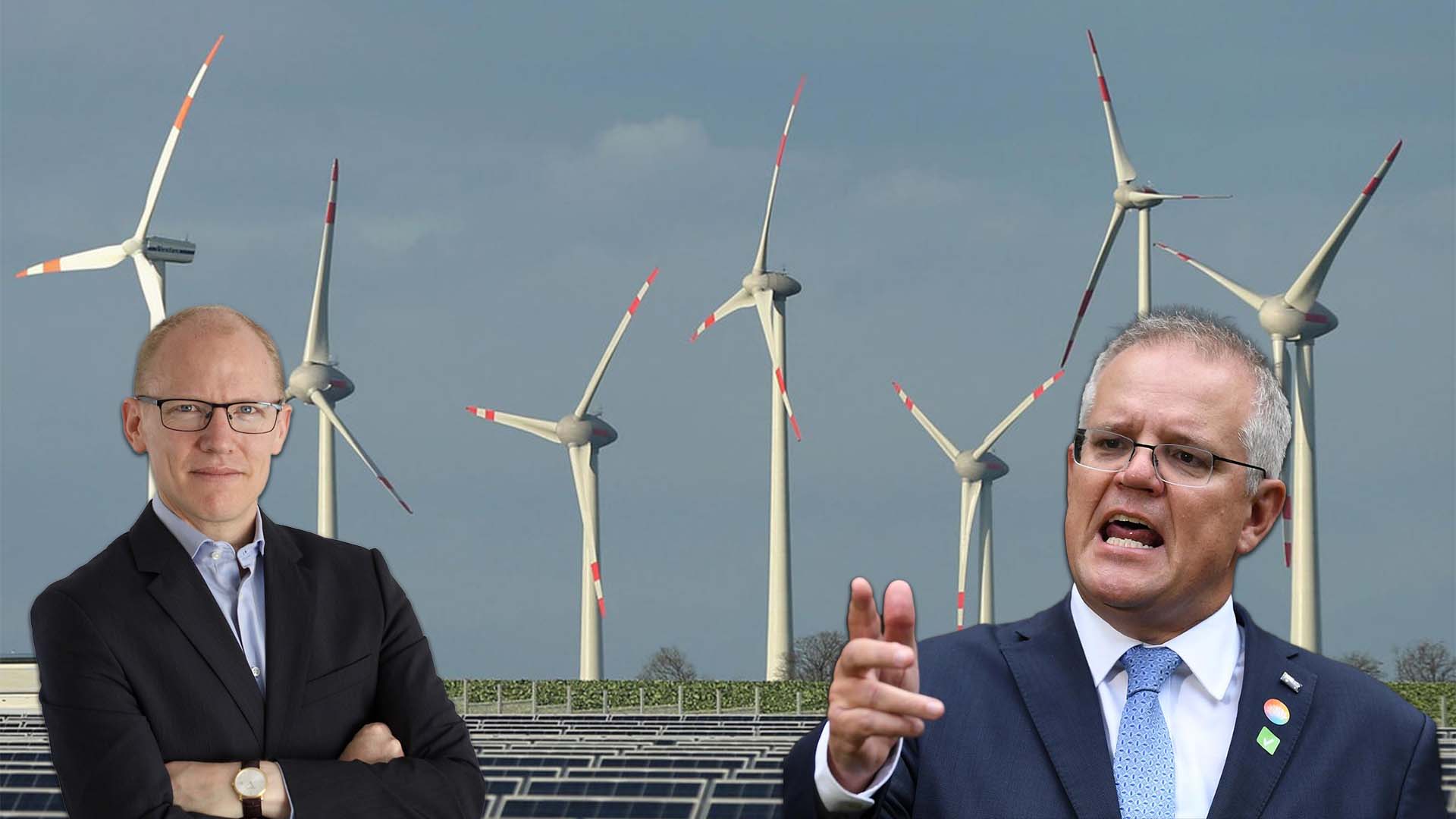 How can such a betrayal happen in a so-called parliamentary democracy like Australia?

Ask our state premiers, overpaid Canberran bureaucrats, Wall Street bankers and the West’s globalist politicians – a mob of disparate interests who’re working together to undermine the will of the people and impose their green dreams on struggling households, business and industries.

Here are some of the most recent examples:

While NSW Energy Minister Matt Kean is handing out multi-million-dollar grants to Chinese-owned wind turbine companies; on the west coast Mark McGowan has jumped on the “green hydrogen” hype train.

According to the West Australian, “the world’s biggest renewable energy hub is being planned for the southern coast of WA” on a 15,000 sqkm plot – an area just over twice the size of Perth. The mega project will create “up to 3.5 million tonnes of green hydrogen or 20 million tonnes of green ammonia annually” for export and domestic use.

Even worse, the hub is being planned by a consortium of Hong Kong-based InterContinental Energy and CWP Global – companies which are accountable to Xi Jinping under the CCP’s new security laws.

Nevermind, hydrogen rarely occurs naturally – meaning it must be manufactured via a process that consumes far more energy than the hydrogen “fuel” can recover. Don’t worry that, unlike coal, oil and gas, every tonne of green hydrogen extracted using electrolysis will remove over nine tonnes of fresh surface water from the local environment. And nevermind the government’s target hydrogen price of $2/kg is still three times the present price of gas, let alone coal!

As the media tells us on a daily basis, we just have to “trust the experts” and hope for the best...

Good luck with that, mate!

To have a grid capable of scaling up and down to facilitate 100 per cent renewable energy penetration, all our coal-fired power plants will be rendered unprofitable – destroying our energy security, further driving up prices and increasing the likelihood of blackouts.

Instead, the AEMO will have to further invest in gas to fill the gap when the wind isn’t blowing and the sun isn’t shining – the price of which has skyrocketed in the last fortnight, placing even more pressure on our struggling manufacturers and energy-intensive industries.

As Matt Canavan said, “we face shortages of gas in east Australia, seen in skyrocketing gas prices this week. We should build coal fired power stations, not gas, because we have ample supplies of coal but not of affordable gas.”

It’s a disaster waiting to happen...

Next in line is CEO of the world’s largest investment bank, Larry Fink – the billionaire Blackrock banker who reckons financiers need to “rethink” their roles by shifting from lending to promote development towards investing in the global transition to clean energy.

According to Fink, “we need to rethink the way the international financial institutions can support low-carbon investments at scale… We need a financing system that isn’t built around bank balance sheets.”

Give Wall Street more taxpayer-bailouts, more freshly printed money and more financial incentives to plough even more cash into green energy and further undermine the industrial competitiveness and energy security of the West.

Finally, we have the globalist politicians in the European Union and the American Democrats who are colluding to start a “trade war” with Australia by implementing a “carbon border tax” and other “punitive measures to bring us into line with ambitions to limit greenhouse gas emissions”.

As a resource-intensive economy dependent on coal and iron ore exports, Australia obviously “has legitimate concerns about the push to carbon border taxes” – especially considering the EU and Biden’s America will likely emulate the UN’s leniency towards China’s unparalleled pollution.