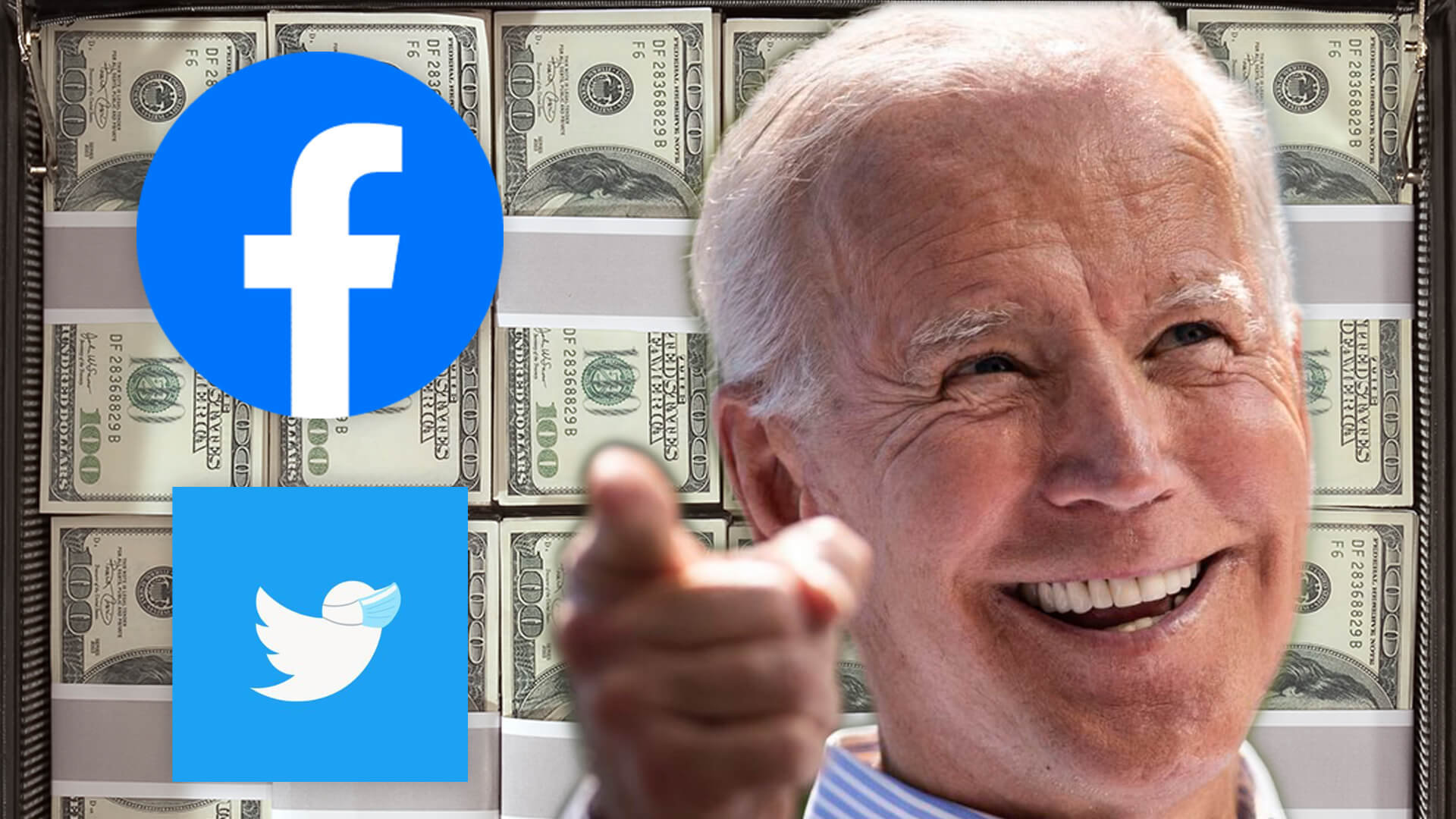 But they’ve also been exposed yet again as being totally unwilling, in their immense power, to facilitate free speech and promote a diversity of ideas.

When news broke yesterday in the New York Post that Democrat Presidential candidate Joe Biden’s son Hunter was up to his neck in dodgy business arrangements with shadowy Ukrainian businessmen, the tech giants decided to block it from being posted on their platforms, and locked the personal account of White House Press Secretary Kayleigh McEnany for sharing it.

Thankfully, however, this has backfired and they have copped a massive backlash with people beginning to wake up to how Big Tech CEOs like Mark Zuckerberg are determined to manipulate what ordinary people see to suit their political view of the world.

It is hardly surprising to see Facebook and Twitter resort to such censorship considering the egregious nature of the allegations made against Hunter.

According to the New York Post, an email has been found which indicates Democratic presidential candidate Joe Biden met with Vadym Pozharskyi, an adviser to the board of Ukrainian energy company Burisma, while it employed his son.

At the time, Biden led the Obama administration’s Ukraine policy, and later he pressured Ukrainian officials to fire a prosecutor who was investigating his son’s boss Pozharskyi.

Flat-out corruption. It is time Biden stood down.

In response to the censorship, President Trump tweeted:

‘So terrible that Facebook and Twitter took down the story of “Smoking Gun” emails related to Sleepy Joe Biden and his son, Hunter, in the @NYPost. It is only the beginning for them. There is nothing worse than a corrupt politician. REPEAL SECTION 230!!!’

Section 230 is a law that protects digital platforms from civil liability for removing illegal content (such as child pornography) posted by users or other third parties.

However, now the law is being used as a shield against all liability, and a way for Silicon Valley to censor ideas they deem contrary to their left-wing ideologies – a complete contradiction of the US Constitution’s First Amendment.

Where were Big Tech and their desire for censorship when the Russian collusion hoax was the talk of the town?

You guessed it. Nowhere to be seen.

Thanks to President Trump, however, Big Tech is now getting nervous.

Only hours after Trump tweeted the above, Twitter CEO Jack Dorsey apologised, saying that his company’s actions had been ‘unacceptable’ and the story was censored because ‘personal and private information’ was shared in it.

Nobody will buy this.

As Donald Trump Jr pointed out, ‘this is straight up election interference by Facebook, being announced by their comms person who touts in his bio numerous past jobs with the Dems. Big Tech is openly trying to rig this election and should be held accountable immediately.’

And just two weeks ago, ex-Twitter CEO Dick Costolo tweeted that ‘me-first capitalists’ would be the first ones ‘shot in the revolution’. 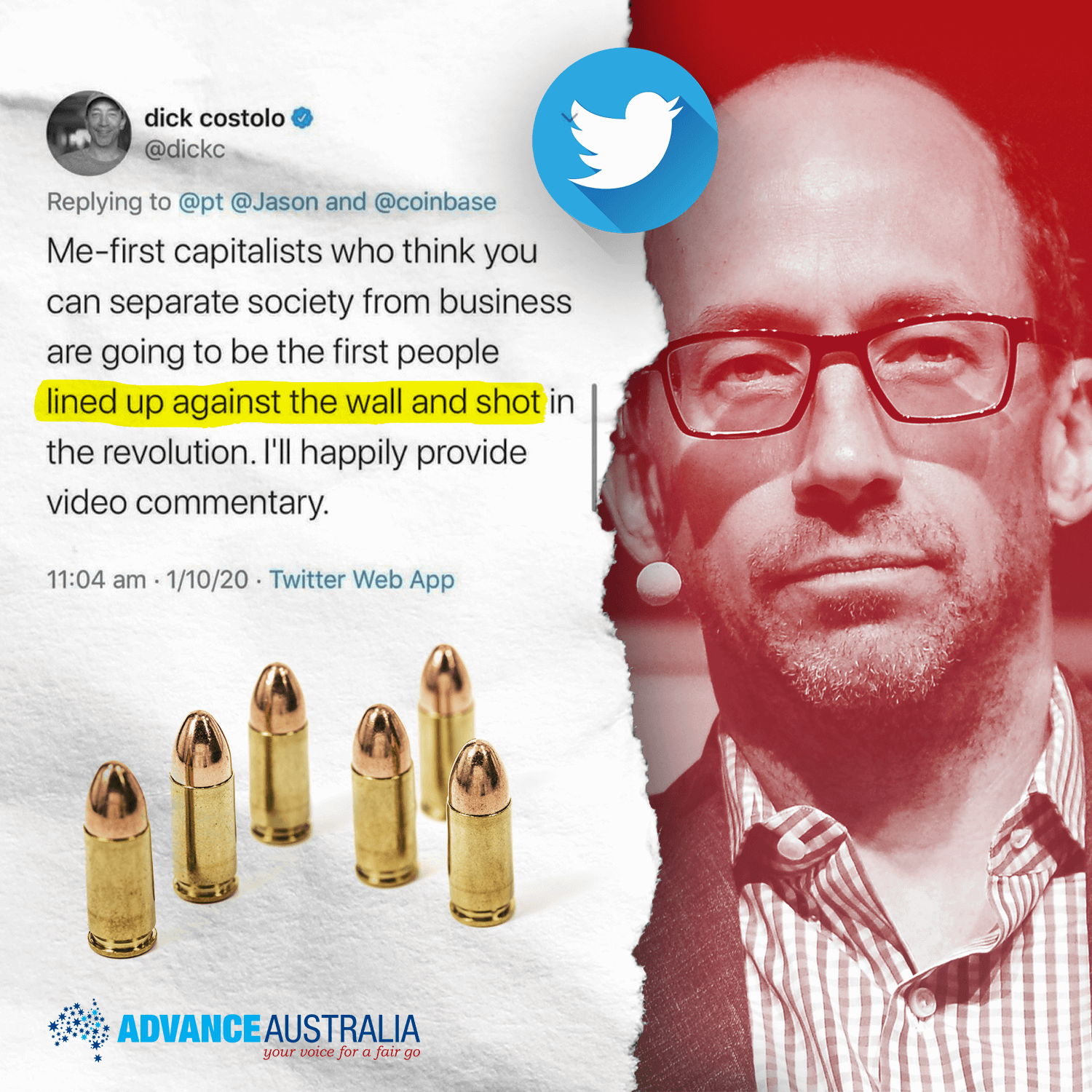 We wonder if that is a reference to the President.

No longer can the West allow radical leftists - who brag about shooting businesspeople driven by the profit-motive - to control the central source of information for billions of people around the world.

This latest case of Silicon Valley censorship is just another episode in a saga that must end.

Repeal Section 230 and make social media a bastion of free speech, critical thinking and a place where the corruption of elites can be publicly exposed without selective censorship.

It has been a long time coming.