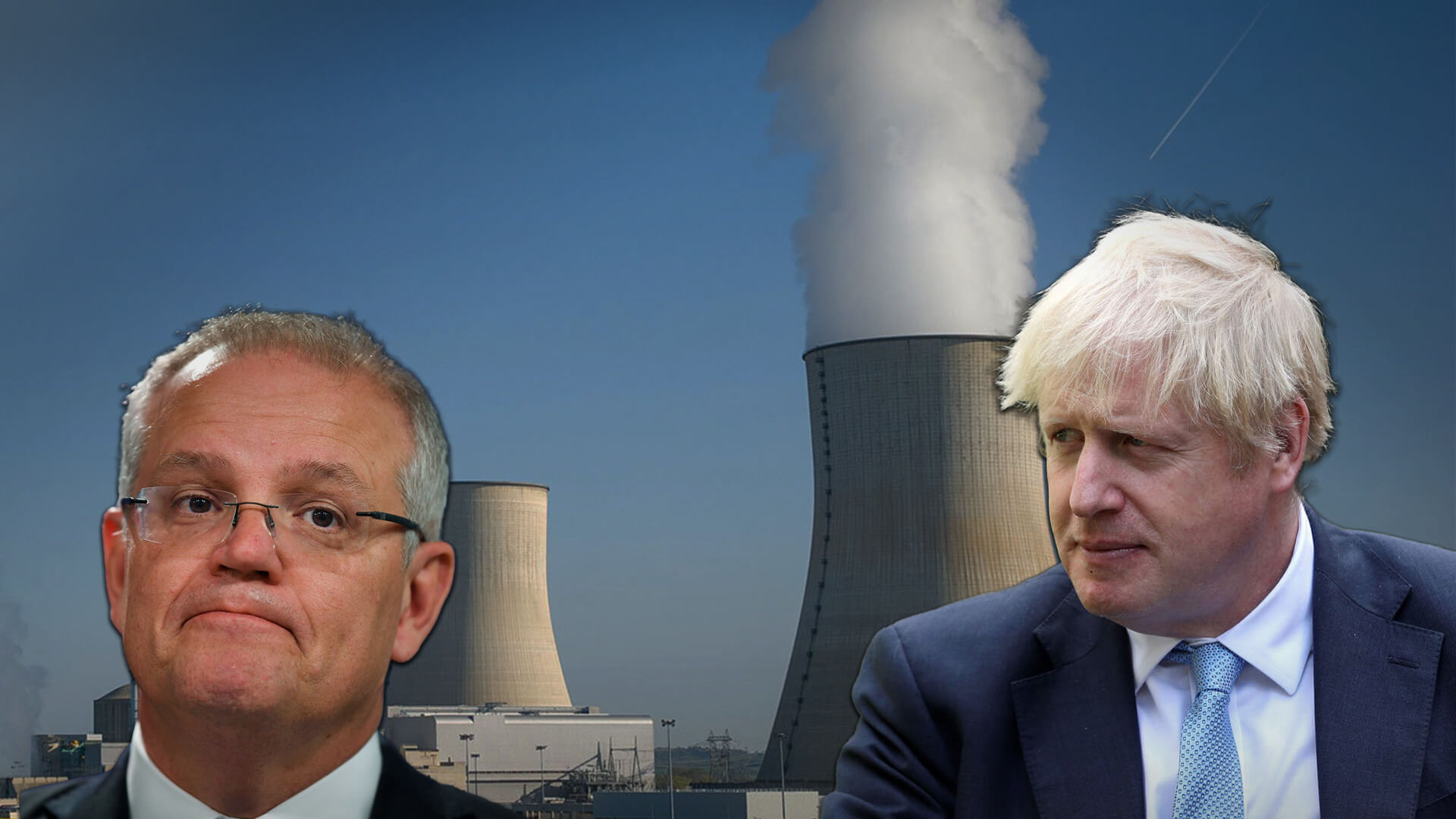 Although British Prime Minister Boris Johnson made the ridiculous assertion there will be more intense bushfires unless dirty coal is ditched this week, he did get one thing right.

In reference to Australia’s increasingly vicious energy debate, Boris said it was up to each country to decide their energy mix but added “nuclear power stations provide reliable low-carbon energy”.

If the “modern Liberals”, Labor Party and Greens really wanted “clean green affordable energy”, no longer would Australia be one of the only countries in the world still with a moratorium on nuclear.

This is at the same time as Australia has almost one-third of the world’s uranium deposits and lies on the world’s most geologically stable continent – making it the best place in the world to produce nuclear power, store nuclear waste and invest in nuclear innovation.

So, why doesn’t Australia have a nuclear industry if it’s such an obvious thing to do?

Well, in 1998 nuclear was banned not just because of the anti-nuclear movement, but also as “the need for nuclear was low” considering “energy was affordable, abundant and with a country full of coal, there was no reason to believe that would change”, according to the Minerals Council of Australia.

However, fast forward just over two decades later, our governments and banks have refused to back new coal-fired power plants, resulting in our manufacturers paying 91 per cent more for energy, and the loss of more than 300,000 jobs in manufacturing alone.

As such, shouldn’t the government follow the lead of the Minerals Council, as they found that the “nuclear ban can be reversed with a single amendment to the Environment Protection and Biodiversity Conservation Act 1999 (Commonwealth). The removal of four words – ‘a nuclear power plant’ – in Section 140A(1)(b) would allow nuclear industries to be considered for development in Australia.”?

This is a no brainer for the Morrison government.

After years of allowing the debate about energy in Australia to stall crucial investment in our dwindling baseload energy infrastructure, the Morrison government has an opportunity to appease all sides of the debate by going with proven zero-carbon baseload power generators once and for all.

Perhaps even more important is the potential application of an Australian nuclear industry to our defence policies and strategies.

Not only could Australia produce nuclear weapons for the first time, but it could finally build submarines that won’t be technologically obsolete by the time they enter service.

As Commodore Denis Mole, a former submarine commander in the Royal Australian Navy argues, although “Australia’s new Attack-class submarines will probably be superior to most diesel submarines in our region, they won’t be superior to China’s nuclear-powered submarines entering service in the 2040s and beyond”.

This is exactly what Advance has been saying for years.

The clock is ticking…