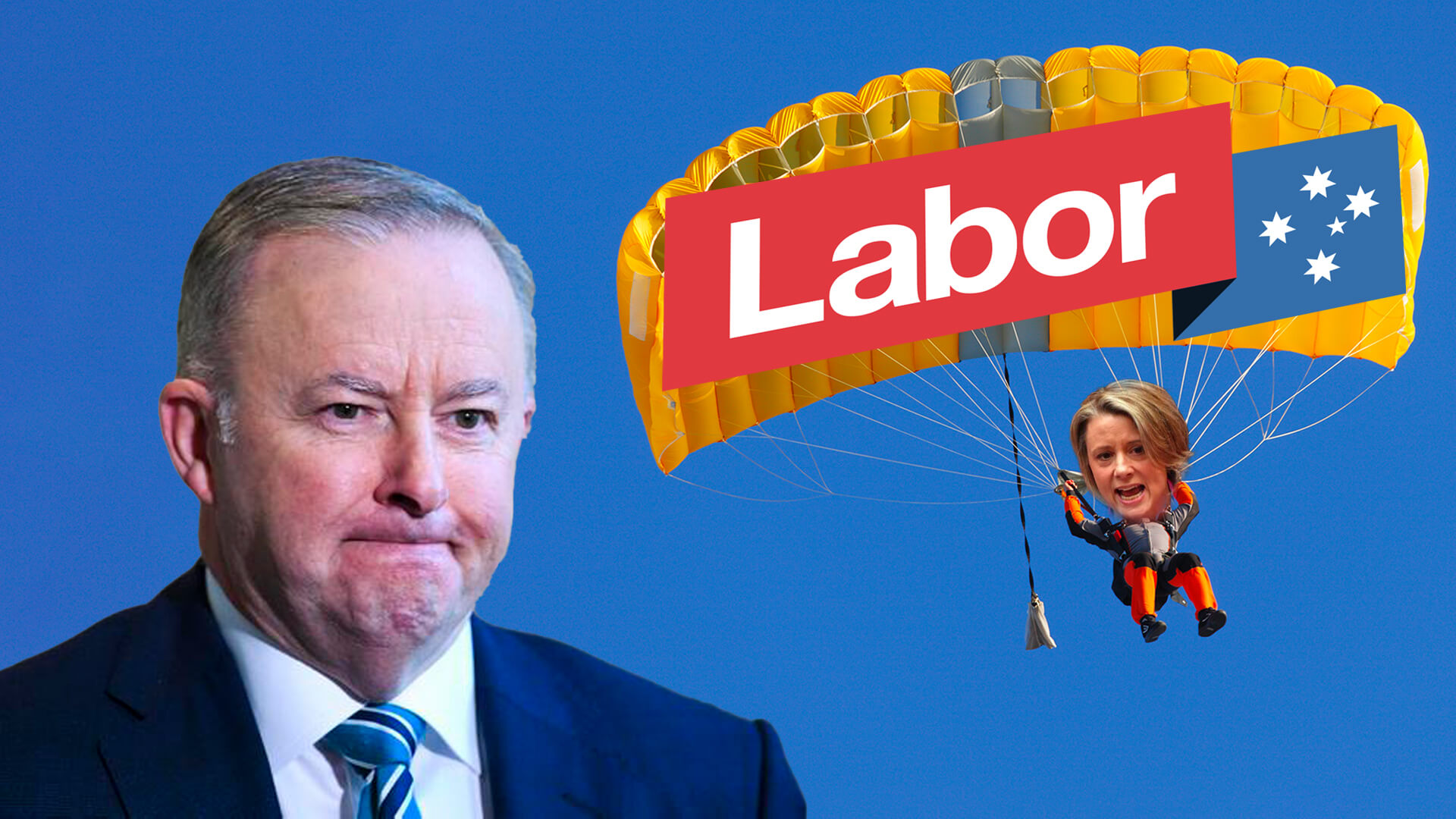 Labor couldn’t care less about the normal Australians in Western Sydney and have proved it by dumping a great local candidate in favour of stone-cold loser Kristina Keneally.

In true Groundhog Day fashion, the former Premier of NSW – who former Labor man Troy Bramston labelled a “brazen carpetbagger” – will be parachuted into the seat of Fowler, even though she has no connection to it.

Tu Le, the candidate they dumped, would be an asset to any political party and more importantly to the constituents she wanted to serve. She’s the daughter of Vietnamese refugees and works as a lawyer advocating for exploited migrant workers. Unlike Keneally, she lives in the seat.

But Labor’s insistence on Keneally is mystifying. She’s never won a ballot that mattered. She was dumped on the northern Sydney suburb of Bennelong in 2017 – she lost. Four years on and she’s at it again, after being parachuted – not elected – into the Senate.

One of the most ironic outcomes of the whole debacle is that Labor, who loves quotas and affirmative action just as much as the Greens, are betraying their own value system by pushing aside Le for Keneally.

Le is not only a strong local candidate but one who had outgoing MP Chris Hayes’ endorsement to replace him. Hayes told The Australian, “If we truly are the party of multiculturalism, you must be able to see it in our make-up.

“I don’t think I see the level of diversity of our community when I walk through the door of our caucus room,” he said.

Labor goes on and on about diversity. The 2021 ALP National Platform promises they will “ensure our democratic institutions are truly representative by reflecting Australia’s cultural diversity”.

Here was an opportunity for Labor to put their money where their mouth is, but in true Labor fashion, it’s all just lip service.

Fowler is one of Australia’s most culturally diverse areas. According to the ABS, Fowler’s largest ethnic group is Vietnamese at 16.3 per cent, followed by Chinese at 11.2 per cent. 76.1 per cent of the local population have parents who were both born overseas and 72.3 per cent come from households where a non-English language is spoken.

This means that if Le was to run as an independent, she’d beat Keneally hands down. She should.

Keneally also talks a big game on diversity, proudly declaring that “one of the great things about Australia is that we celebrate our multiculturalism and diversity”.

Maybe that’s why Anthony Albanese had the gall to call her “a great migrant success story”.

Albanese’s response? To argue Labor is more culturally diverse than the Coalition, in a case of: “It’s not my fault, those guys are doing it too, tell them off instead!”

“The Labor Party has done an enormous amount for diversity,” he said. “Kristina Keneally was born in the United States, came to Australia, and is another great Australian success story of a migrant who’s come here and became the New South Wales premier.”

He’s wrapped himself into knots trying to defend this nonsense and doesn’t want to say what we all know – this is a clear cut case of “do as I say, not as I do”.

As Treasurer Josh Frydenberg put it: “Hypocrisy, thy name is Labor”.