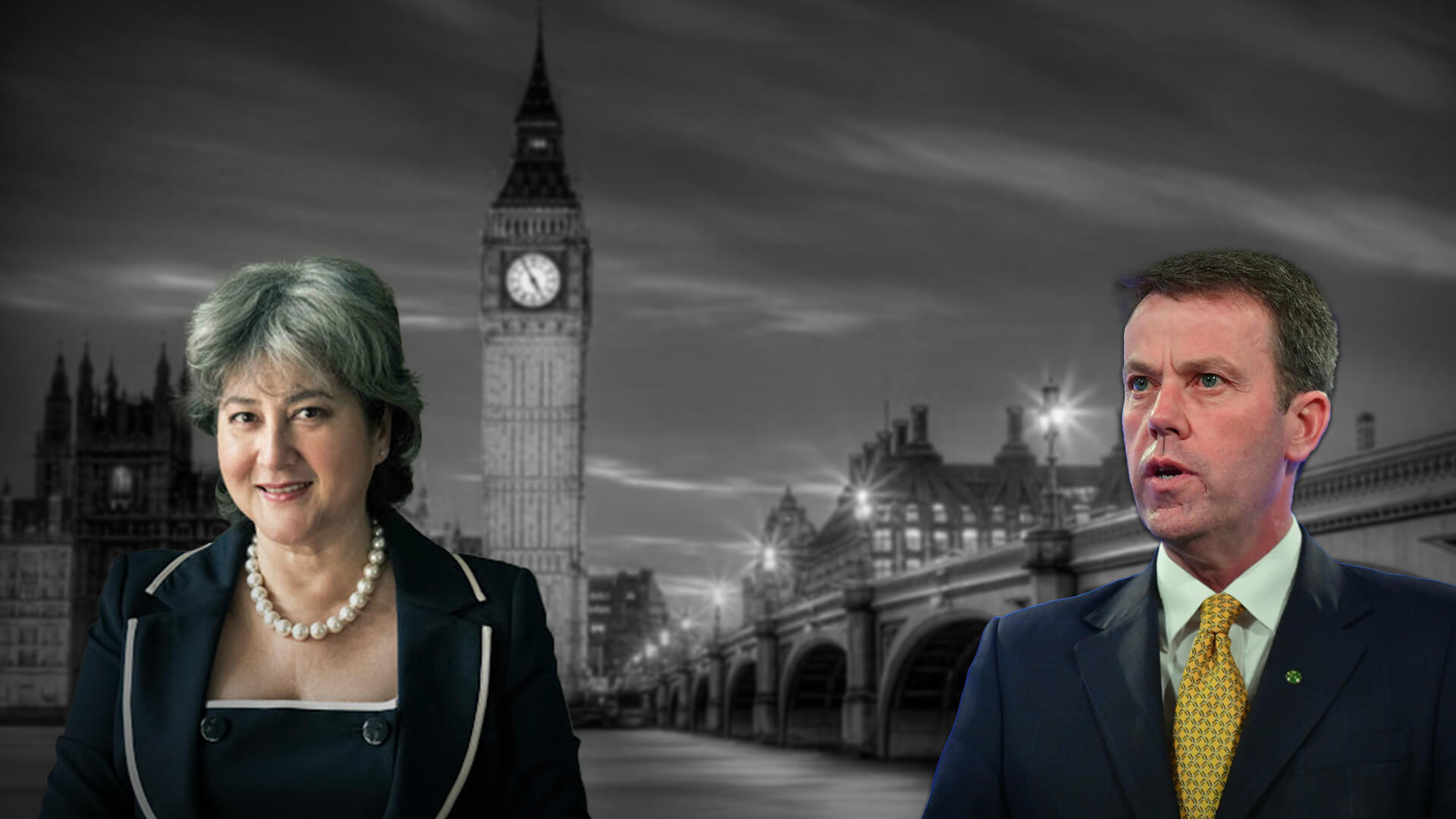 If you thought Australia’s bureaucrats were bad, it appears Britain’s are even worse.

After the British High Commission declared Australia’s lack of “climate ambition” was the reason ScoMo was snubbed from a UN climate summit last year; a paper-pusher at the British Department of International Trade has said British bureaucrats will “sit” Australia’s Trade Minister Dan Tehan “in an uncomfortable chair” during trade negotiations as he is  “inexperienced” and “glacially slow”.

Who on Earth do these people think they are?

No genuine ally – let alone one which shares a common history, head of state and flag – speaks about a senior Minister in such a way.

In fact, this is exactly the sort of behaviour we expect from the unhinged “diplomats” at the Chinese embassy, who say those who criticise the CCP are “degenerates” set to be “cast aside in history”.

As if it couldn’t get any worse, the British Department of International Trade was by no means alone.

For instance, High Commissioner of the UK to Australia, Vicki Treadell backed the slur against Minister Tehan as part of the so-called “tough talk” she plans to use when negotiating trade deals.

She even sheepishly told reporters that the chairs provided would be “very comfortable”.

Ms Treadell, this is not what your Australian cousins call “tough talk”.

Instead, your interjections are infantile, unnecessary and totally unprofessional.

In fact, Advance Australia reckons Minister Tehan has been very quick to realise that international climate agreements like the Paris Climate Accord are clandestine mechanisms to transfer wealth and industry from the West to the East by disproportionately placing the onus on countries like Australia to reduce their emissions in the name of addressing the “climate catastrophe”.

Ms Treadell, just because the Minister hasn’t been a career diplomat for his entire life like you, doesn’t mean he’s inexperienced.

As the former Director of Trade Policy and International Affairs at the Australian Chamber of Commerce and Industry, Advance is sure Tehan is well-versed in negotiating trade deals.

Plus, if you’re so tough, Ms Treadell, why on earth were you offended when Australia publicly criticised your government’s decision to consider Huawei’s bid to build your 5G network?

As a fellow member of the Five Eyes Intelligence Network, we have every right to make our stance clear – especially since we’re the ones who’ve found ourselves directly in the firing line of an increasingly belligerent and militarised CCP.

This is the very last thing Australia and Britain need at the moment.

With tensions mounting in the Asia-Pacific, Australian and British bureaucrats have a duty to show the Chinese, Russians, Iranians and other increasingly empowered authoritarian nations that we’re a united team, unwilling to hand global power over to aggressive, militarised regimes with egregious human rights records.

Afterall, while Ms Treadall and the overpaid paper-pushers at the British Department of International Trade are negotiating tariffs, subsidies and calling Australia’s Trade Minister “glacially slow”; our Navies are sailing together through the South China Sea, with the UK deploying its largest naval flotilla – comprised of the HMS Queen Elizabeth aircraft carrier, destroyers, frigates and F-35B stealth fighter jets – to the region since the Falklands War.

Considering so many of our grandfathers gave their lives to defend British shores against German expansionism, a little bit of respect for our elected leaders is the least us Aussies deserve…