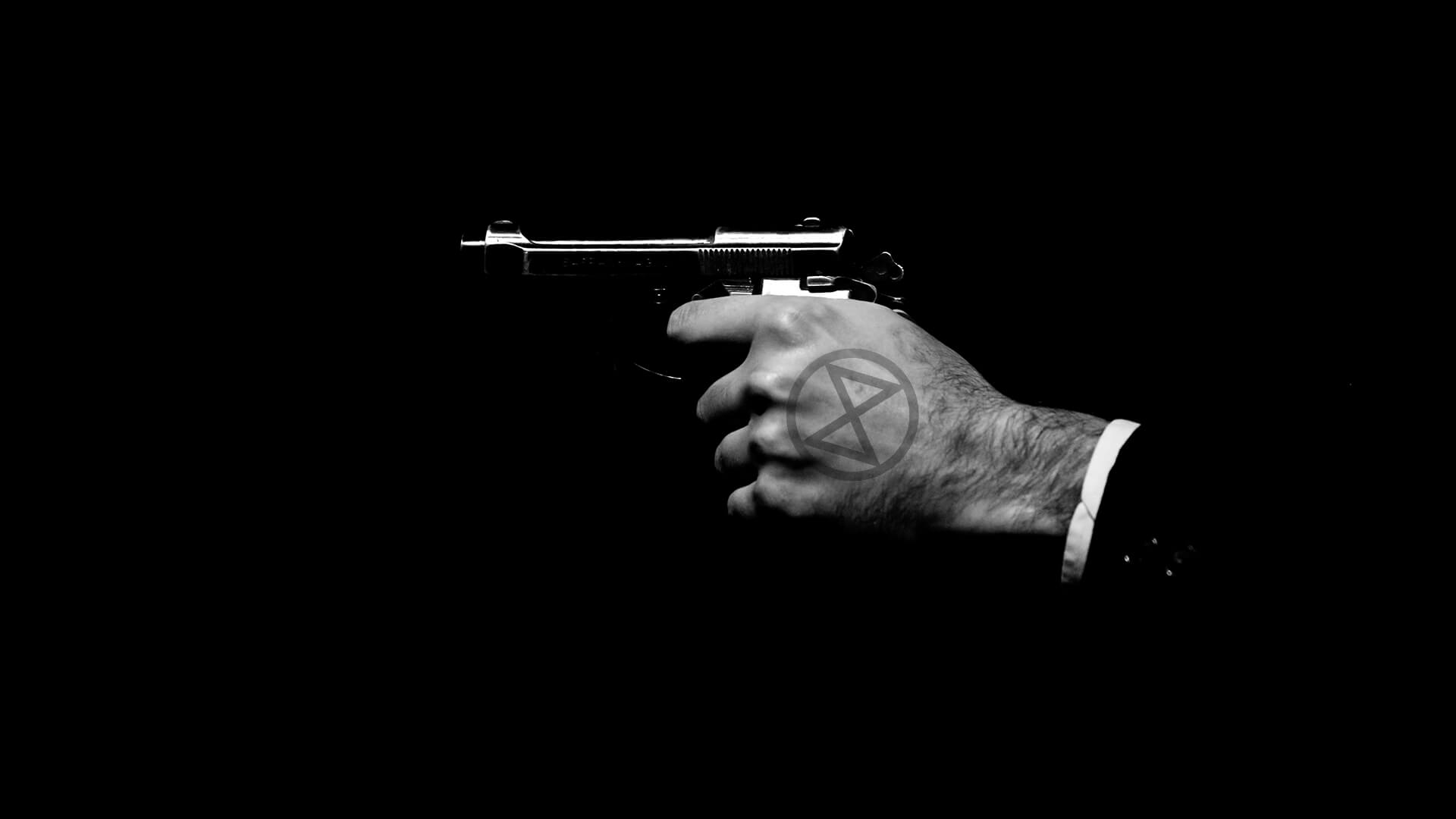 Despite the fact he too exhales CO2, XR founder Roger Hallam has compared people who cause climate change with Nazis.

Calling for a “bullet in the head” of those responsible for climate change, Hallam believes they should be tried like the Nazi war criminals were at Nuremberg after World War II.

“Maybe [we] should put a bullet in the head as punishment,” he said, seemingly not realising the irony in the fact that it was the Nazis themselves who practiced putting “bullets in the heads” of their political opponents.

No Nazi war criminals were punished with “bullets to the head” – they were tried in court after the war and those found guilty were hanged or sent to prison.

But clearly Hallam’s instincts are more in line with Nazi extrajudicial killing than the due process of the legal system of a civil society.

Certainly, if the founder of a conservative political action group said something the same lines, its Australian affiliates would be hounded by the media until they threw them under the bus.

But don’t expect the Canberra Press Gallery to be asking questions of the Greens’ Richard Di Natale or Adam Bandt (remember when his wife wore an XR patch to the Press Gallery Ball?) any time soon.

Our media’s double standards ensure the left gets a free pass.

In fact, Hallam’s comments came as UK police apologised to him for including XR on a list of dangerous groups.

An apology for the man who's called for a ‘World War Two mobilisation’ of society – complete with rationing and the confiscation of private property!

If Australia’s supporters of XR’s anarchy in our streets want to be taken seriously, they ought to distance themselves from Hallam’s call for murder and ridiculously extreme views.

But we’re not holding in our C02 waiting.