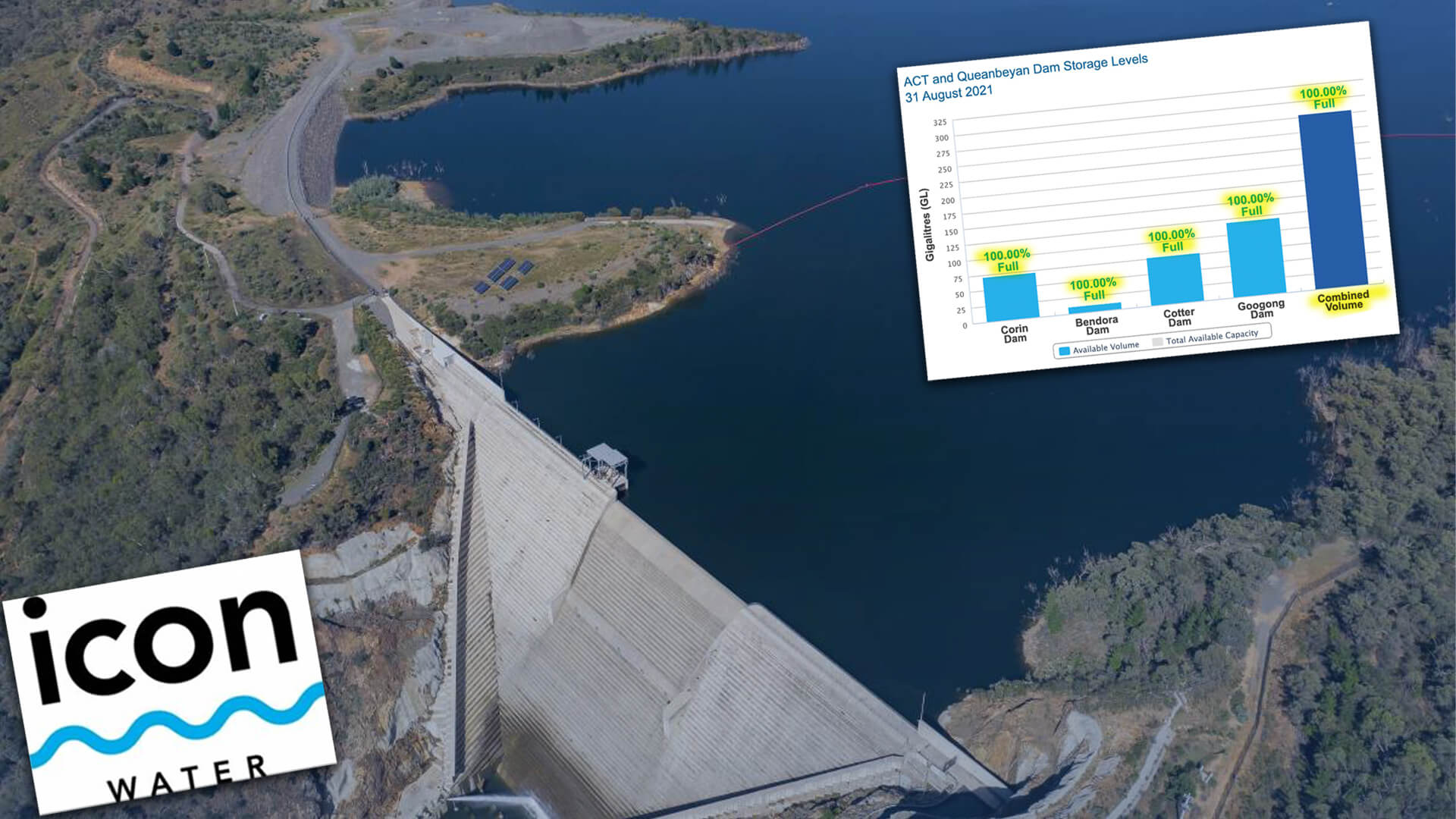 For decades, they’ve been telling us to reduce our water consumption because climate change will stop our dams from filling.

Mammalogist and self-appointed climate “expert” Tim Flannery said, “even the rain that falls isn't actually going to fill our dams”.

A recent report by the NSW Department of Planning declared that, “under a dry climate change scenario, there could be no end of system flows for 40 per cent of the time”.

While Professor Mark Howden from the Australian National University and UN Intergovernmental Panel on Climate Change “questions spending public money on dams in the Murray Darling Basin because climate change radically reduces the likelihood they will fill”.

Yet still, the bureaucrats at Canberra’s taxpayer-owned water utility, Icon Water are imposing water restrictions on Canberrans even though their dams are 100 per cent full.

According to Icon’s general manager of customer engagement, Davina McCormick, “whilst we plan for climate change and greater uncertainty, we still cannot predict the timing and the severity of any future drought”.

“Even though dams are full today, it’s essential that the community maintain the great water saving habits that were developed during the last drought,” she said.

Although one could dismiss the tripe coming out of those managing Canberra’s water supply as more taxpayer-subsidised woke lunacy, several possible explanations are listed below:

The residents of Canberra came to similar conclusions.

Commenting on the article quoted above, Marj told Icon to “stop ripping us with overcharges”.

Kit said, “looks like they want to put up water rates by manufacturing a problem, meanwhile it’s raining outside again”.

Stoo argued that “we could stop filling in all the open bushland with new suburbs that have 2-3 times the amount of residences on them compared to older suburbs. Less demand for water = less use of water”.

While Christine kept it short and simply remarked, “more control…”