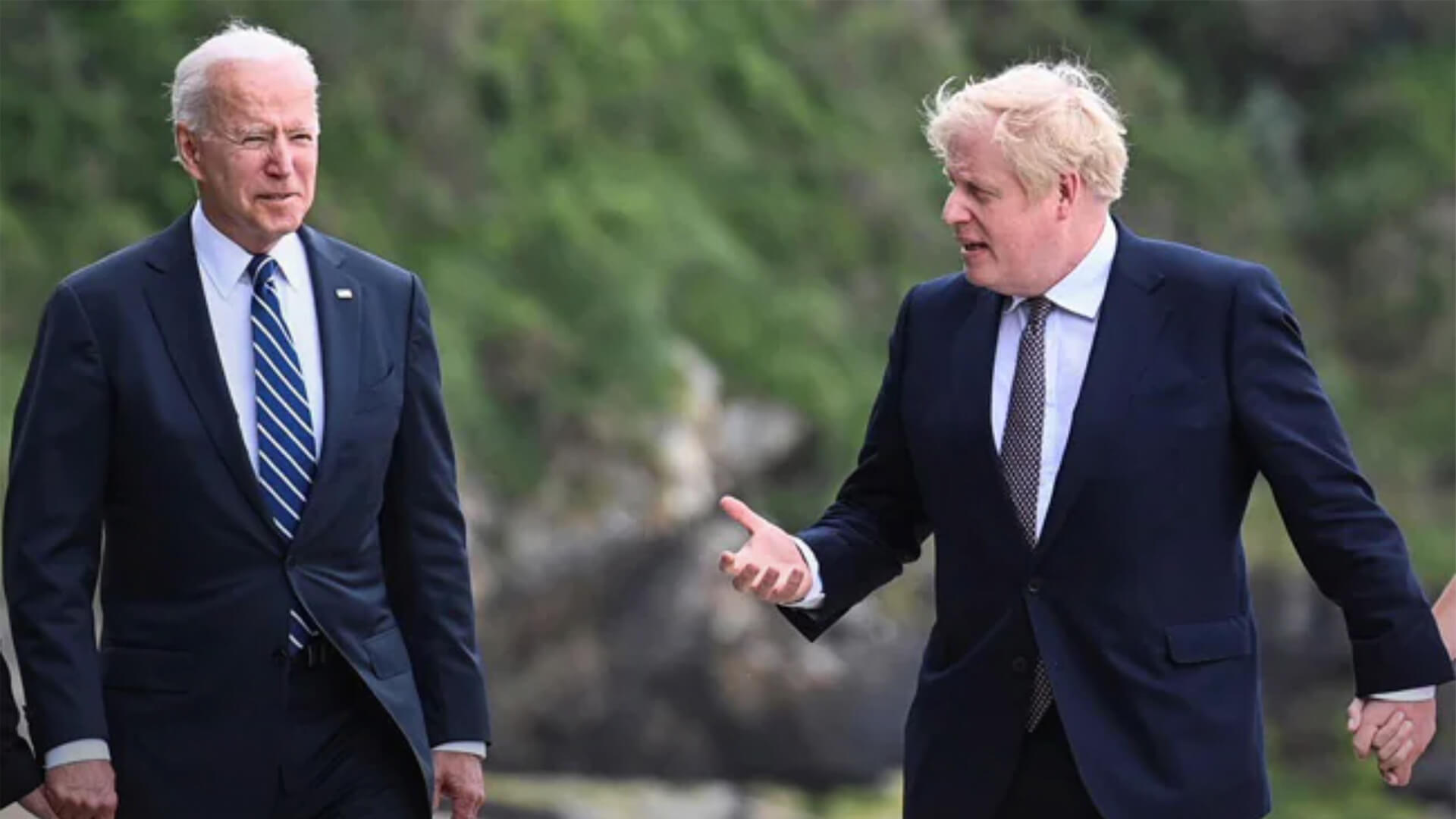 While so-called conservative UK Prime Minister, Boris Johnson told the cameras the world must rebuild “in a more gender-neutral and feminine way” at the G7 meeting last week, western elites conspired to outlaw cheap energy after flying in on private jets.

The hypocrisy is palpable.

Although the glamorous event was organised as an opportunity for the likes of sleepy Joe Biden, Justin Trudeau, Angela Merkel and Emmanuel Macron to work together to de-industrialise the West via emissions reduction schemes, there were several other key actors pulling the strings behind the scenes.

First up were the West’s self-righteous, billionaire tea-cup socialists – a mob who are so insecure about their gargantuan wealth they try to rationalise it with half-baked “philanthropy” in the form of tax-deductible donations to organisations tasked with addressing climate change.

As Alan Moran put it in The Spectator, “for over a century, self-made wealthy men have provided bequests to charities. These charities: Rockefeller, Carnegie, Tides and many more, have gradually been transformed into social actors increasingly with environmental agendas”.

“In recent decades the charities joined in such political causes… (with) racial and gender discrimination being two issues championed by these donors, but climate change is pre-eminent”.

Next were the corporate activists – the most powerful of whom are investment fund managers tasked with controlling most of the world’s investible savings.

For example, the members of Climate Action 100+ – an organisation which describes itself as an “investor-led initiative to ensure the world’s largest corporate greenhouse gas emitters take necessary action on climate change” – manage over $54 trillion in assets (equivalent to sixty per cent of the market capitalisation of all the world’s stock market exchanges).

According to Moran, “most participatory funds avoid hydrocarbon investments; others pressure the businesses in which they invest on climate change governance, to cut emissions and to strengthen climate-related financial disclosures. Climate Action 100+ funds have recently elected three green activists to the board of Exxon”.

And now it appears even formerly apolitical courts of the Western world are contributing to Climate Action 100+’s radical green agenda.

Only last month Australian Federal Court Justice Bromberg found Environment Minister Sussan Ley has a duty of care to protect children from future personal injury caused by climate change when exercising her power to approve or reject new coal mines or mine extensions.

As economist Henry Ergas said in response, “it’s fine to allow the children of Toorak to sue for climate change risks, but what about the kids of those whose jobs are cast away?”

Just as a Dutch court ordered energy giant Royal Dutch Shell to cut its greenhouse gas emissions by 45 per cent by 2030 last month in a landmark ruling, which could trigger legal action against energy companies committed to cheap, baseload power all around the world.

Although many dismiss these instances of unelected corporates and judges bullying western democracies into conforming to their green agendas, it’s clear we’ve found ourselves in a seriously dangerous position.

For now, the power of capital is being co-opted to shut down cheap, baseload power in wealthy nations like Australia and transfer critical heavy industry to the east.

At the same time, the fund managers who call the shots are making fortunes as they jumped onto the green bandwagon before mum and dad investors caught wind of the lucrative new green bubble, and how it’s propped up by renewable energy subsidies and carbon taxes.

All while the Chinese Communist Party finances more than 70 per cent of all the coal plants being built around the world and cuts back its National Carbon Trading Scheme by two-thirds to maintain industrial competitiveness.

This is what the activists call “green”…

At the end of the day, with China at the forefront of ScoMo’s message to the G7 meeting, let’s hope the conversation included a discussion about the risk of unelected corporate activists demanding the West sacrifice its energy security and competitiveness in the name of somehow saving the world.

If Australians don’t start standing up to this mob soon, it may become too late to do anything about it at all.