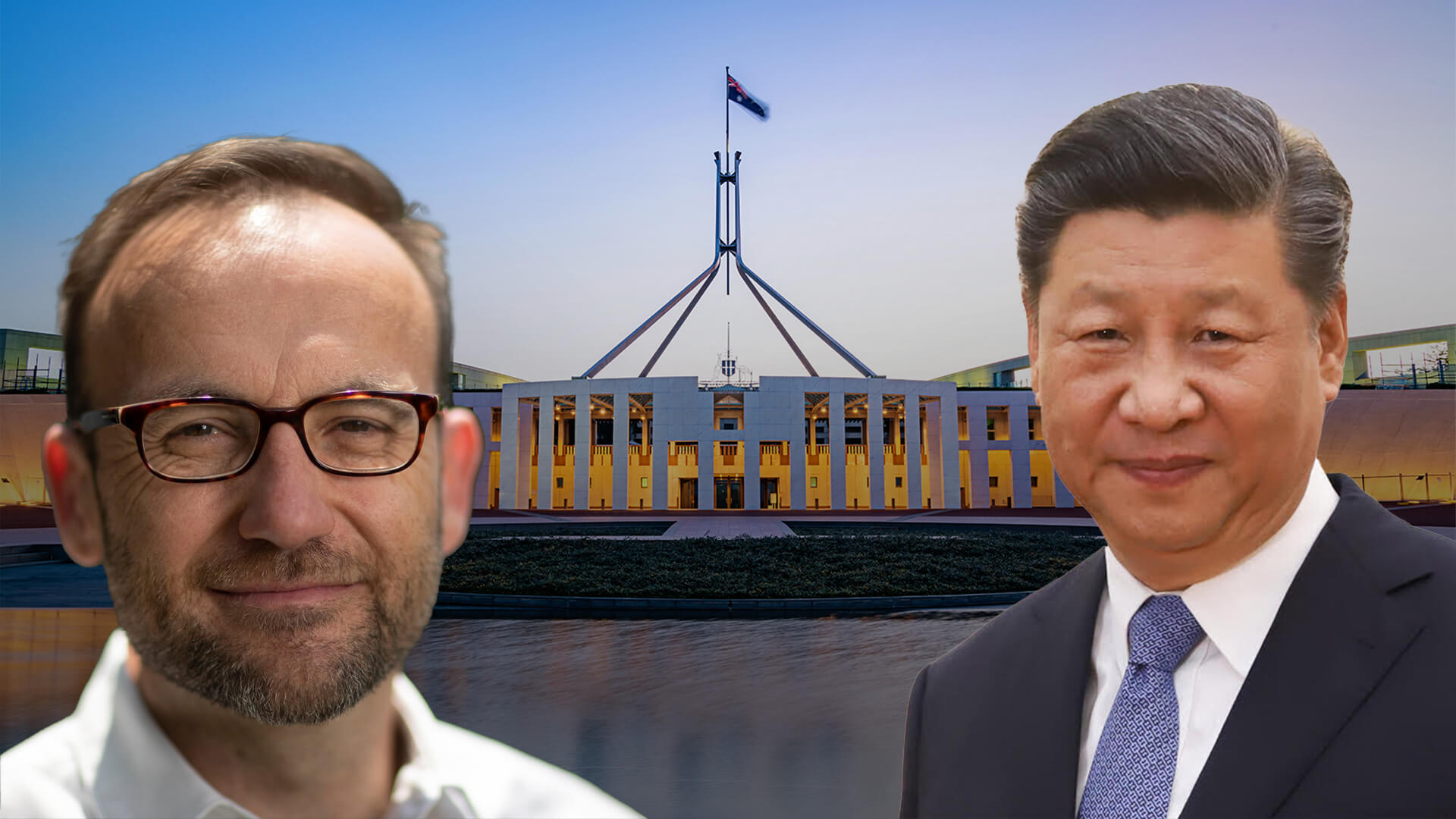 Are the Greens and Chinese Communist Party sharing the same PR department?

This is the question on the minds of many this week after Chinese diplomat, Li Yang, called for an international probe into Canberra’s recent sex scandals.

According to Li, “the cases of sexual crimes happened in the Australian parliament are shocking!”

“This relates to the protection of women's human rights. Australia should accept unrestricted international investigations into those cases.”

How can Li declare “Australia should accept unrestricted international investigations” into Canberra’s sex scandals, when the CCP continues to refuse allowing an independent investigation into the origins of COVID-19? This is a simple case of deflection, and we shouldn’t be surprised.

Afterall, we see this sort of rubbish on a weekly basis from our very own Greens Party.

Formerly, Bandt was a “radical student activist” who reportedly rose to the leadership of the Left Alliance, a student group aligned with the Communist Party of Australia.

He read both Hegel and Marx in German and did a PhD thesis on the foundations of law under the supervision of Andrew Milner at Monash University, who insisted that his student was a Marxist, at the very least in the theoretical sense.

However, Bandt still has the gall to call Peter Dutton a “terrorist” for putting asylum seekers who came to Australia illegally on Manus Island, even though the Marxist ideologies he espouses are responsible for the deaths of tens of millions of people during the Soviet Holodomor and Gulag system, Chinese cultural revolution and Khmer Rouge massacres.

Former Greens Senator and NSW MLA, Lee Rhiannon, who was in office from 1999 to 2018, held membership in the Moscow-aligned Socialist Party of Australia, and her parents were prominent members of the Communist Party.

In fact, according to her biography, Rhiannon’s mother, Freda Brown, was a globetrotting communist operative from the 1940s to 80s, who visited Moscow, Beijing and East Berlin, and met with revolutionaries such as Nikita Khrushchev and Fidel Castro.

She even wrote extensively to her daughter, Lee, about the planning and organising of her communist activities around the world and advocacy for women and issues such as education and disarmament.

Although the prospect of having a communist agent in the NSW and Australian parliament for almost two decades is a terrifying thought, it’s hardly surprising – especially considering the Greens and the CCP are in lockstep with each other when it comes to the question of “human rights”.

The CCP has said the detention centres “fall short of adequate medical conditions where a large number of immigrants, refugees and asylum seekers have been detained over a long period of time or even indefinitely, and their human rights have been violated”.

As this article began, it really is worth asking whether the Greens and Chinese Communist Party are sharing the same PR department…