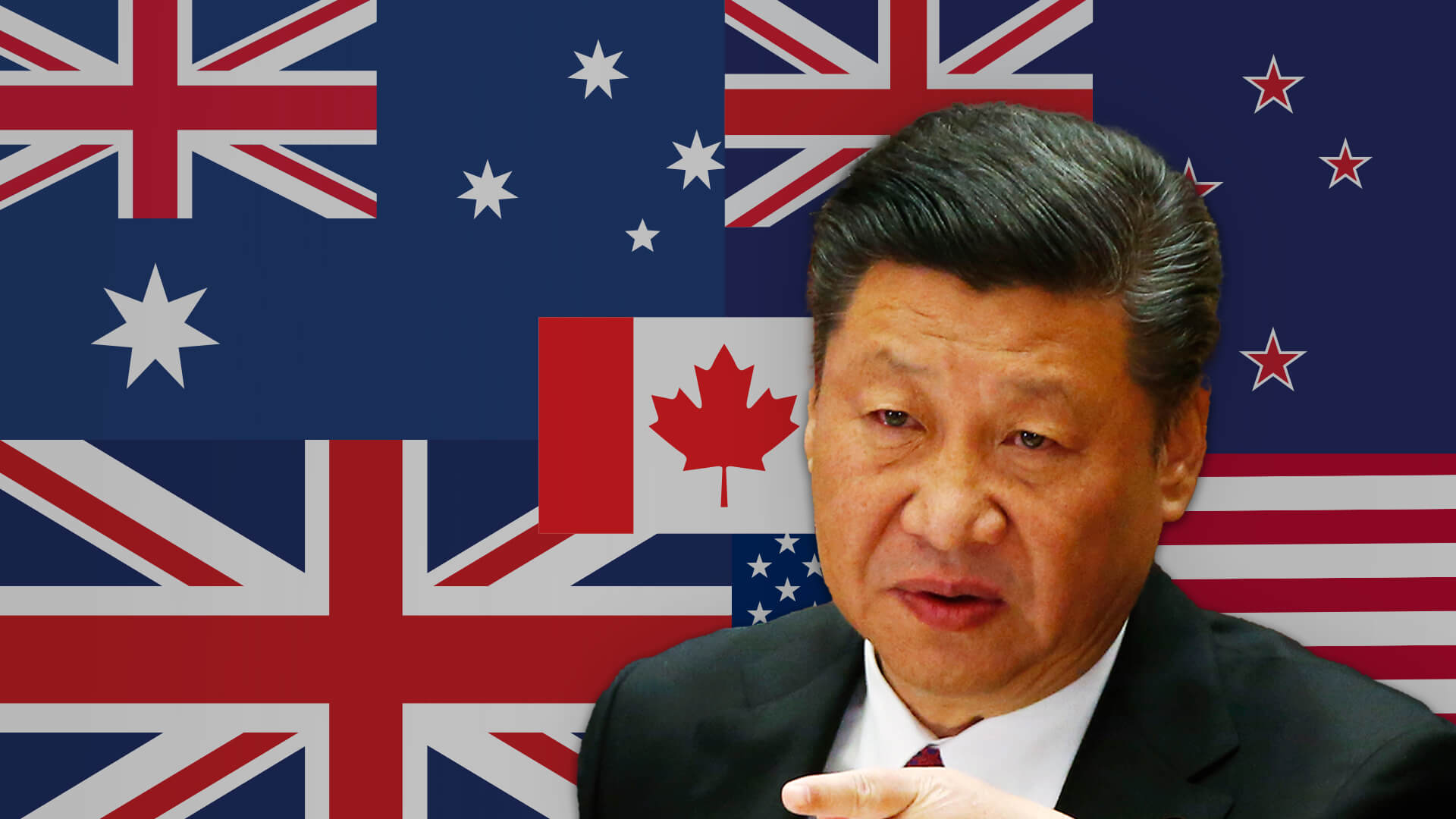 Chinese state media has declared that Five Eyes intelligence network members, Australia, Canada, Britain and the United States, are part of an “axis of white supremacy.”

In an article headlined “Five Eyes today’s axis of white supremacy,” the CCP argued that Canada, Britain and Australia “have formed a US-centred, racist, and mafia-styled community, wilfully and arrogantly provoking China and trying to consolidate their hegemony as all gangsters do.”

Interestingly, not every member of Five Eyes was included in the CCP’s unhinged condemnation.

New Zealand, the fifth member of Five Eyes got away scot free, with the CCP’s rag, The Global Times asserting that members of the “Anglo-Saxon” Five Eyes alliance “have a strong sense of civilisation superiority… except for New Zealand, the smallest of the five countries.”

Perhaps the Kiwis aren’t “white supremacists” in the eyes of the CCP because their Trade Minister told Australia to show “a little more diplomacy” and “respect” towards China during the trade war China started.

Or maybe it has something to do with how “one of the major fundraisers for Jacinda Ardern’s party has United Front links” - a strategy and network of groups and key individuals controlled by the CCP to advance its interests.

It seems that the CCP and the radical woke left are on a unity ticket when it comes to throwing around racist slurs to destroy confidence in Western Civilisation.

Regardless of why New Zealand escaped criticism, it’s clear Jacinda Ardern - a women who travelled throughout China as former President of the International Union of Socialist Youth - is trying very hard to line her country’s pockets with Chinese money, even if it means remaining silent on the CCP’s human rights abuses and rapid militarisation.

How progressive is that?

At the end of the day, it’s incumbent on New Zealand to call out the CCP on this rubbish – especially considering our veterans have been fighting side by side together in every major war since the Boer War.

How can New Zealand stand by and allow the CCP to say its allies are a part of a “white supremacist” “mafia-styled community” even though none of the Five Eyes countries drove tanks over its citizens to quell peaceful protests as happened in Tiananmen Square?

Why doesn’t New Zealand have a crack at the CCP for accusing Australia of holding “a strong sense of civilisation superiority”, at the same time as the Chinese regime sustains a monocultural society intolerant of the Islamic and Tibetan civilisations on its frontiers, while Five Eyes members take in hundreds of thousands of ethnically diverse immigrants every year?

Or how about New Zealand asks the CCP for a tad of gratitude considering thousands of young soldiers from Five Eyes countries gave their lives fighting against Japanese expansionism and ethnic cleansing in Manchuria during World War Two.

None of this matters to the CCP though.

Instead of grappling with the legitimate criticism mounted by Western nations regarding their human rights abuses and militarisation, the CCP would rather throw around baseless terms like “white supremacy,” “racist” and “civilisational superiority” to shut down debate and align itself with the West’s far-left.

Although many of the professors in our universities would agree with the CCP, millions of mainstream Australians are fed up with being called “white supremacists” by a regime responsible for the imprisonment of millions of ethnic minorities, the militarisation of the South China Sea and the deaths of thousands of pro-democracy students.

The Morrison government needs to figure out what on earth is going on in New Zealand, so we don’t end up with undue CCP influence on the other side of the Tasman Sea.