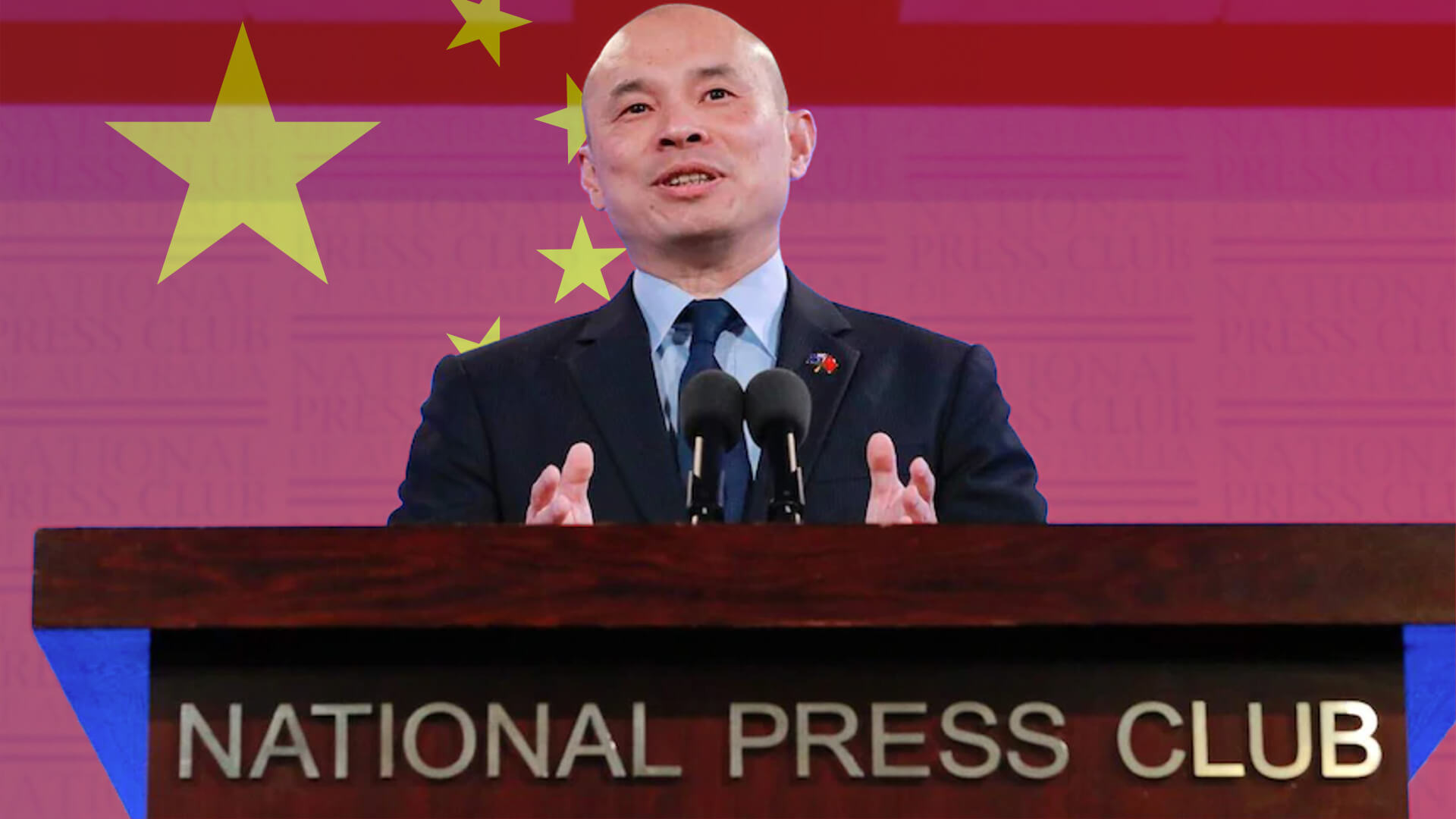 Xi Jinping and his henchmen need to understand the damage they’re doing to the reputation of the CCP regime and China as a whole.

Although most understand the CCP doesn’t represent the interests and values of the Chinese people, the rhetoric coming from its most senior politicians, generals and diplomats has pushed many over the edge.

Last week, in a mere matter of days, multiple senior members of the CCP made offensive, threatening and factually incorrect statements about Australia and its people.

On Thursday, China’s Deputy Head of Mission Wang Xining calmly told his Canberra audience that any Australian who “selfishly vilified China” would be “cast aside in history”.

“Those degenerates [or scum] who deliberately vilify China and sabotage the friendship between our two countries and do damage to our long-term friendship and benefits out of their sectoral or selfish interest will be cast aside in history.

“Their children will be ashamed of mentioning their names.”

Only a matter of hours later, China's Foreign Minister Wang Yi attempted to downplay concerns about the CCP’s gross mistreatment of its Uyghur Muslim minority by asserting the West has done worse.

“Speaking of genocide, many people would have in their minds the native Americans of the 16th century, African slaves of the 19th century, the Jewish people of the 20th century, and the Aboriginal Australians who are still struggling even today,” he said.

“The claim that there is genocide in Xinjiang couldn't be more preposterous. It is just a rumour fabricated with ulterior motives and a lie through and through.”

Most disturbing however were the words coming from the mouth of China’s top general, General Xu Qilian.

According to the South China Morning Post, Xu said that “in the face of the Thucydides Trap and border problems, the military must speed up increasing its capacity.

“We must make breakthroughs in combat methods and ability and lay a sound foundation for military modernisation.”

For Xu to refer to the Thucydides Trap – the idea that war is inevitable between a rising power such as China and a stagnating power like the US – and then call for increasing military spending shows the position we’re really in.

Its time for Australia to get its act together and focus less on net zero emissions, gender quotas and politically charged character assassinations and more on defence.

Anyone with an understanding of history understands defence isn’t just about soldiers, guns and morale.

Good defence policy also focuses on developing critical infrastructure to ensure an army can be serviced on the home front.

It means the construction of dams, so we don’t waste the millions of litres of water which flow out to the Arafura Sea and Pacific Ocean from North Queensland’s high country every monsoon season.

And it means once again producing steel by harnessing our nation’s abundance of iron ore coking coal resources.

Let’s hope energy, water and steel was the forefront of the conversation at the recent “Quad Summit” between the United States, Australia, India and Japan.

Perhaps only by listening to our allies, will our politicians get their heads out of the sand and return back to the basics.