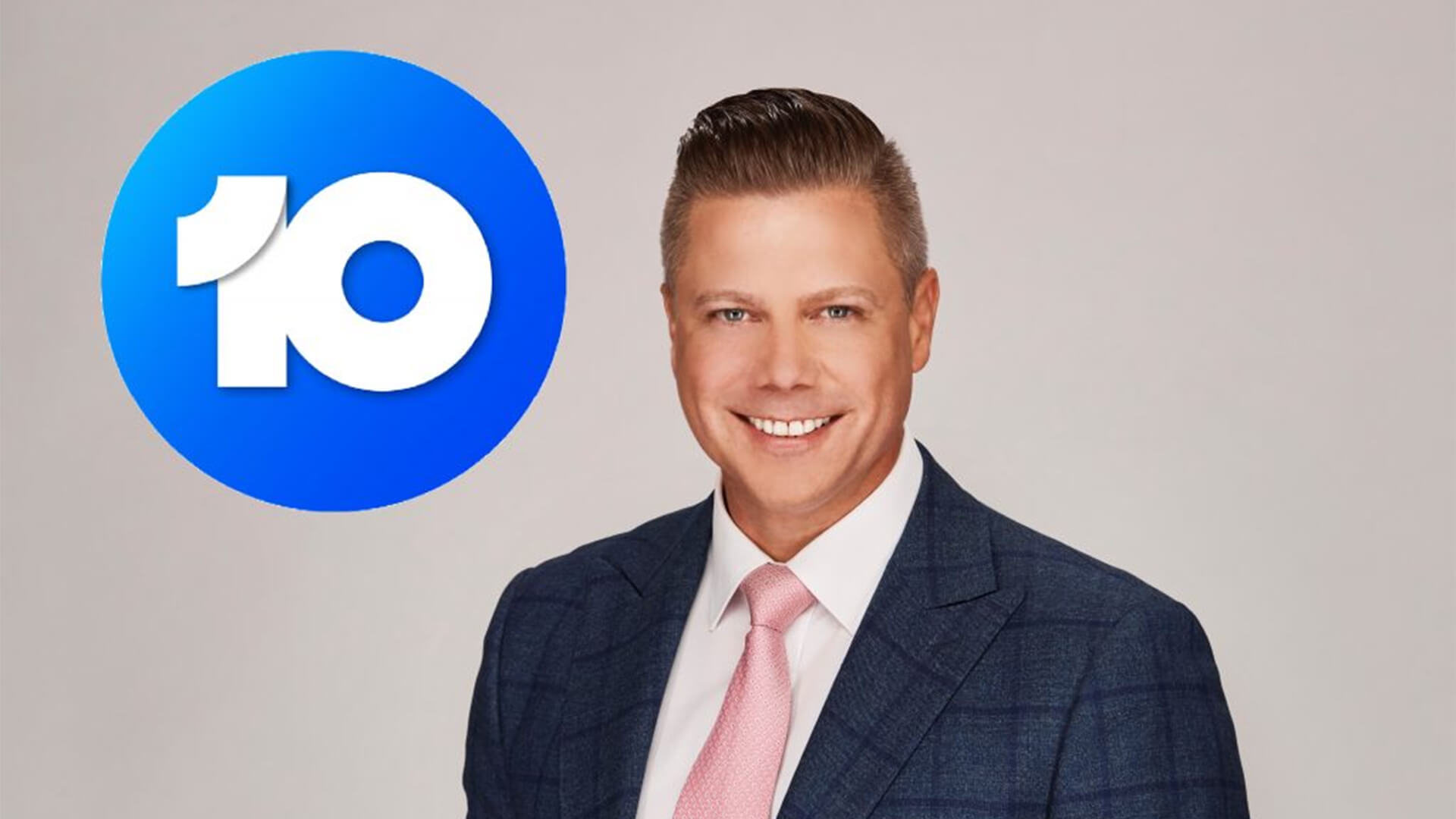 After a recent survey revealed 58 per cent of American voters agree the media are the “enemy of the people”, one could easily suspect a similar sentiment is widespread across Australia.

According to his biography on “CelebritySpeakers.com”, Josh “has a degree from Sydney University majoring in English Literature and Media”, he studied at the Bureau of Meteorology and worked as a presenter at the Weather Channel.

When joining Ten in 2013, he proudly told the Courier Mail: “Queensland is the best state to cover weather events (as) we get tropical cyclones, lots of severe thunderstorms, heavy rain and prolonged dry periods. All types of weather features are affecting the whole state.”

Now after taking Tim Bailey’s role as Ten’s national weather presenter, Josh has suddenly seen the light on the coming “climate crisis” – and the evidence is plastered all over his Twitter: 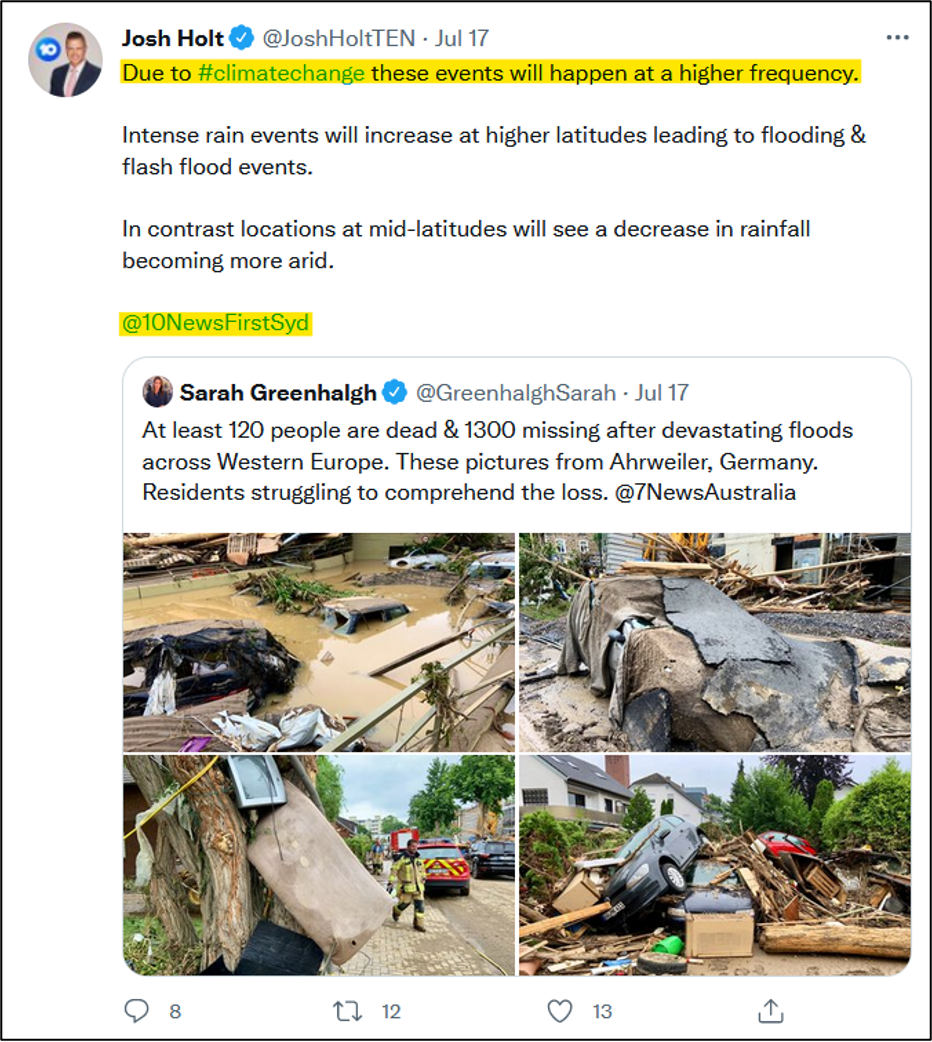 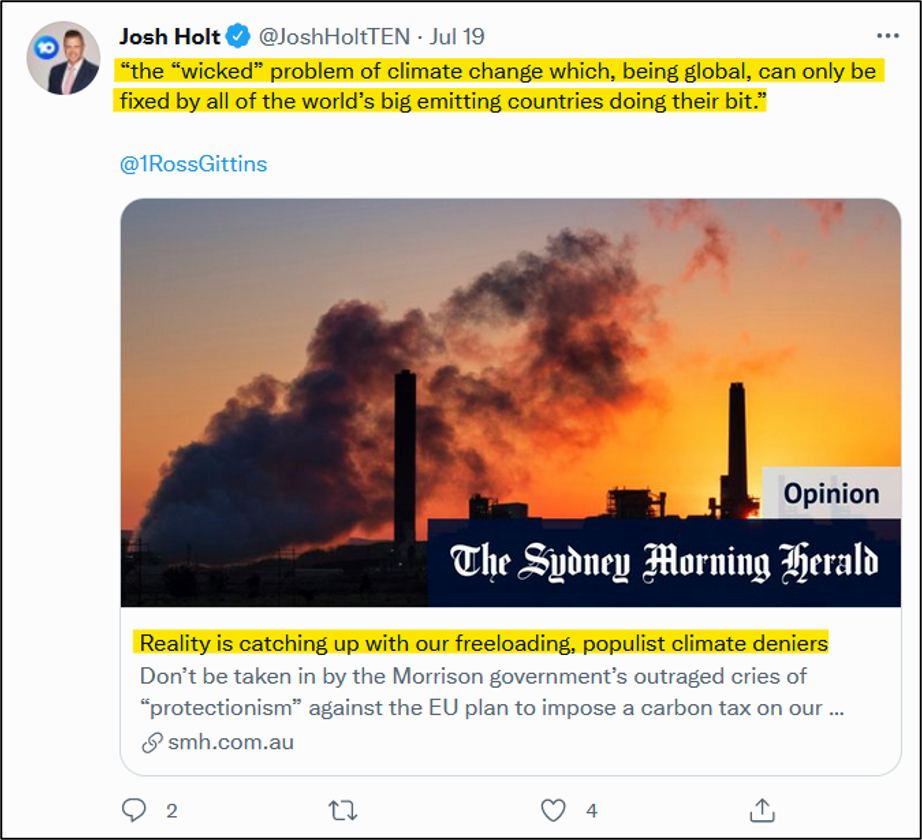 Although it’s hardly surprising to see a weather boy blame freak weather events on “the wicked problem of climate change”, Josh’s certainty that “reality is catching up with our freeloading, populist climate deniers” is quite impressive as a humble english literature and media graduate.

Afterall, when several fellow Twitter users provided several sources countering his claims, Josh remained steadfast in his climate alarmism, later retweeting an article by the Sydney Morning Herald which celebrated the “EU’s plan to impose a carbon tax on our exports to Europe”.

For instance, one Twitter user posted a 2020 study co-authored by 43 academics and scientists from universities all across Europe which found that the current “flood-rich period” is smaller than the “flood-rich period” experienced in Europe between 1750-1800 and 1840-1880.

A second user posted a link to the Bureau of Meteorology website (Josh’s former educator) which shows there has been a steady decrease in the number of severe and non-severe tropical cyclones between 1970-2017.

While anyone can go to Bjorn Lomborg’s Twitter and see the overwhelming evidence he has to counter the trendy new claim Europe’s recent floods are a product of climate change.

According to a study published in Nature Communications, the most significant trend observed was a decline in flood-related fatalities of 1.4 per cent per year since 1870 and 4.3 per cent since 1950.

Another research paper authored by several academics from Taiwan and Princeton found a warming ocean doesn’t increase the intensity of cyclones because although “great ocean heat fuels stronger convection, it can be asymmetric with negative ocean feedbacks”.

Even Lomborg’s own academic articles show the number of continental US landfalling hurricanes are slightly declining for both all and major (category 3 and up) hurricanes, and climate-related deaths dropped a staggering 98-99 per cent between 1920 and 2020.

You don’t hear about any of this from the ABC or the Channel Ten weather boy, do you?

For the benefit of Josh and his future weather predictions, Advance has left some further evidence below.

We can’t let glorified newsreaders get away with stoking fear and anxiety about climate change causing freak weather events – especially when it just isn’t true. 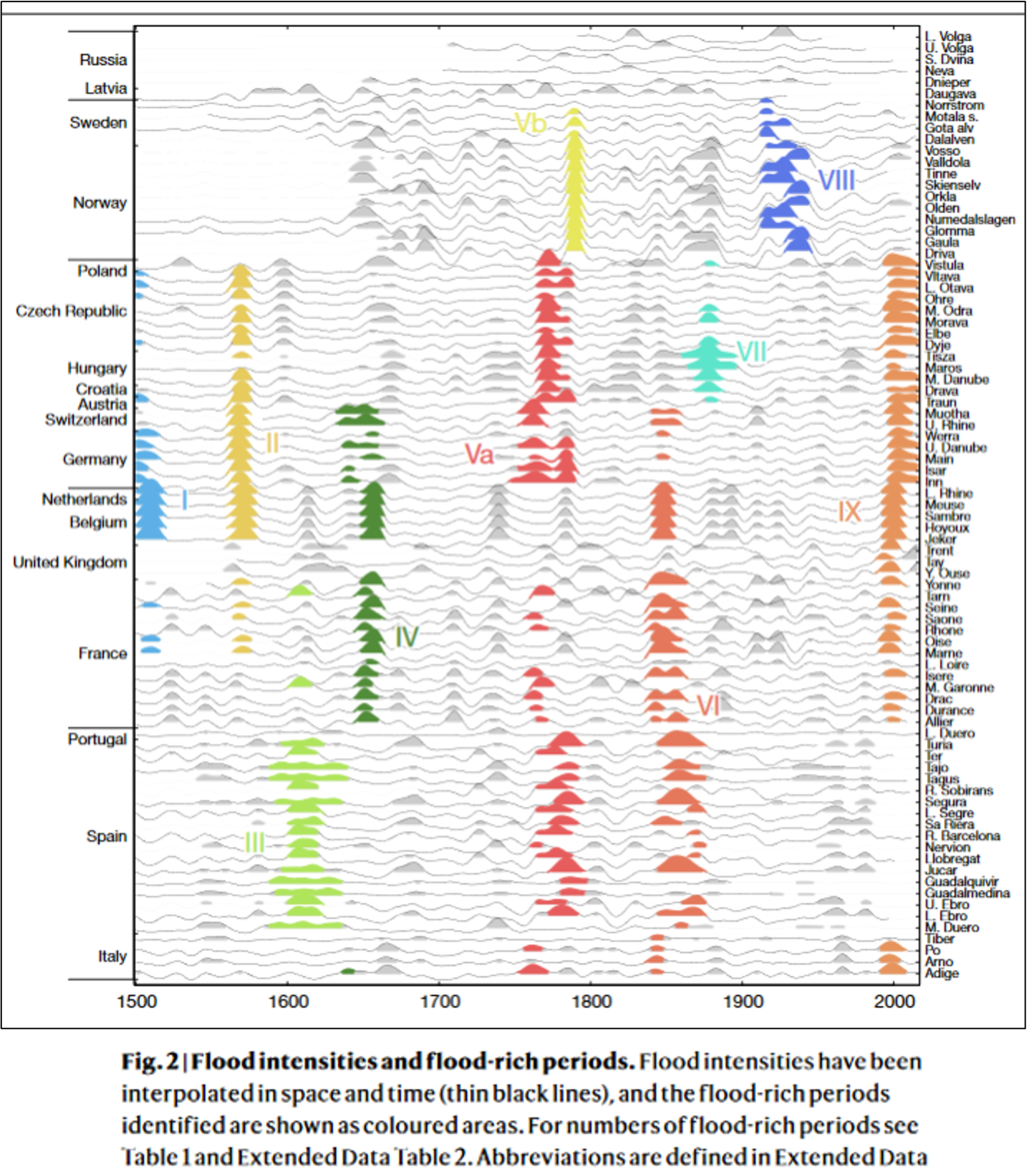 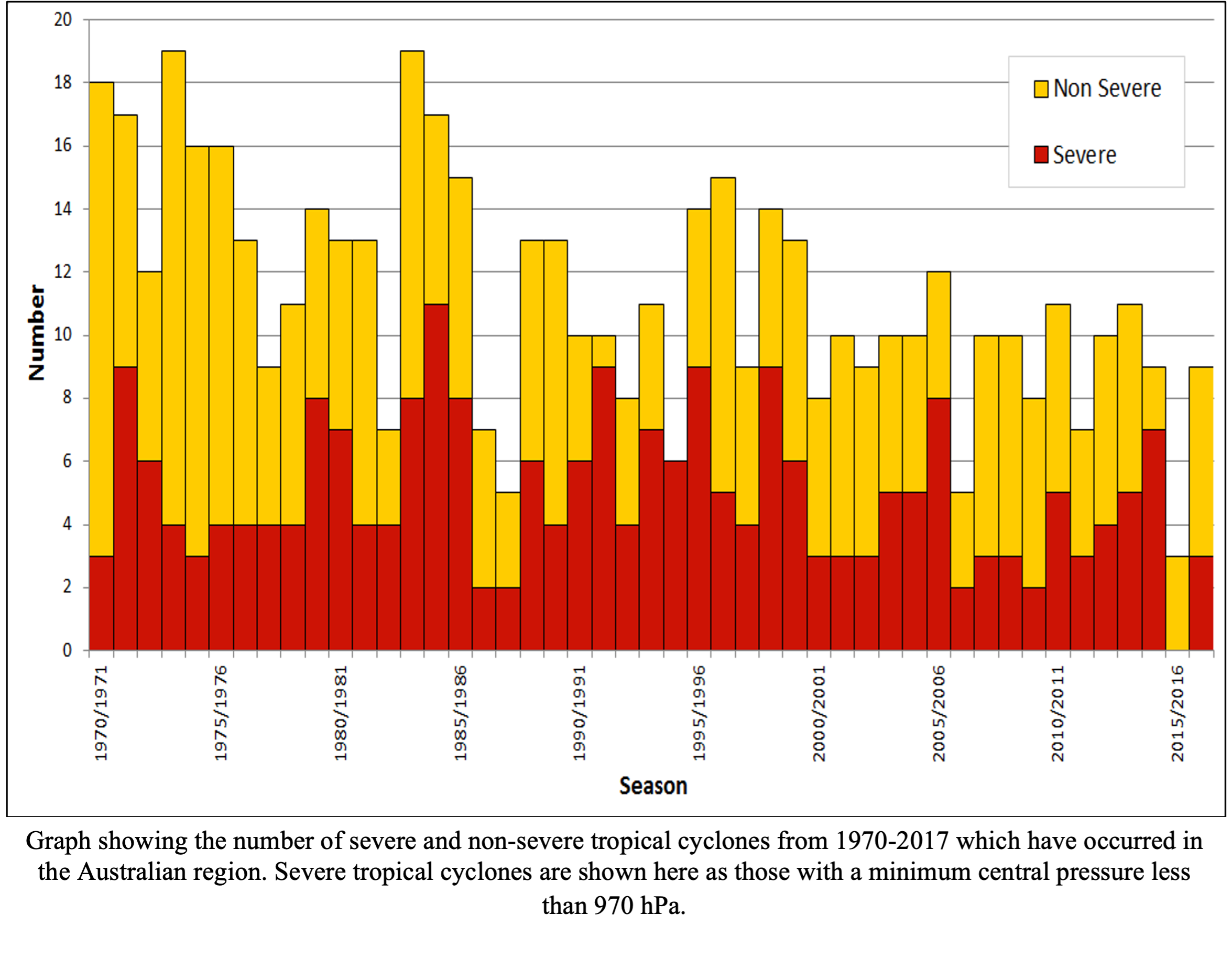 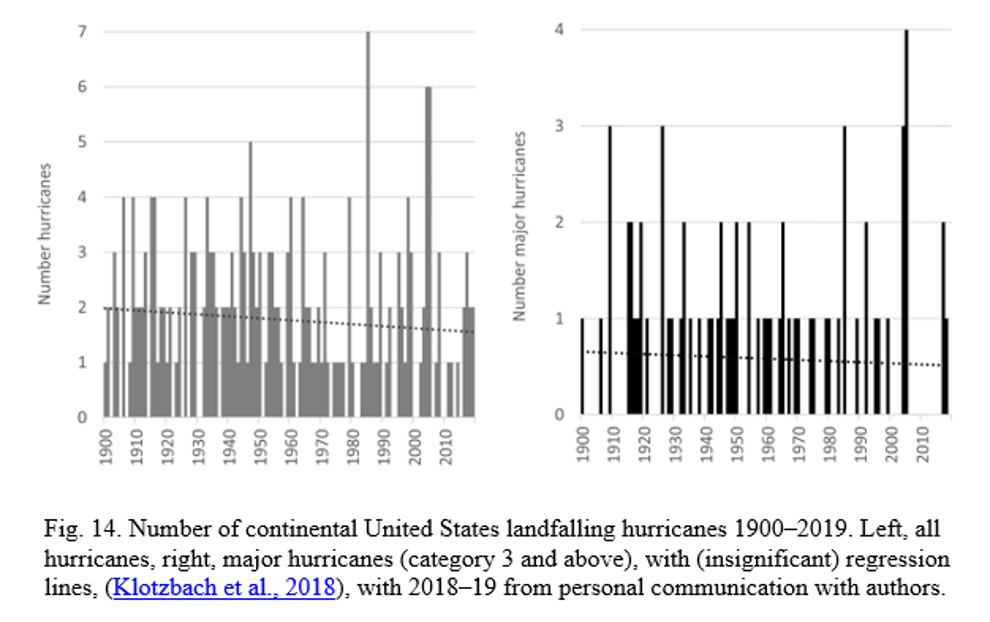 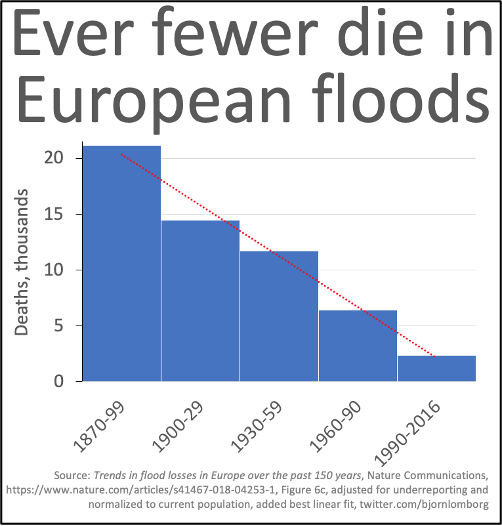 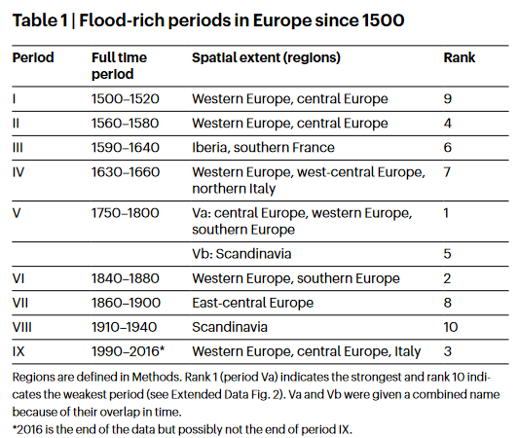