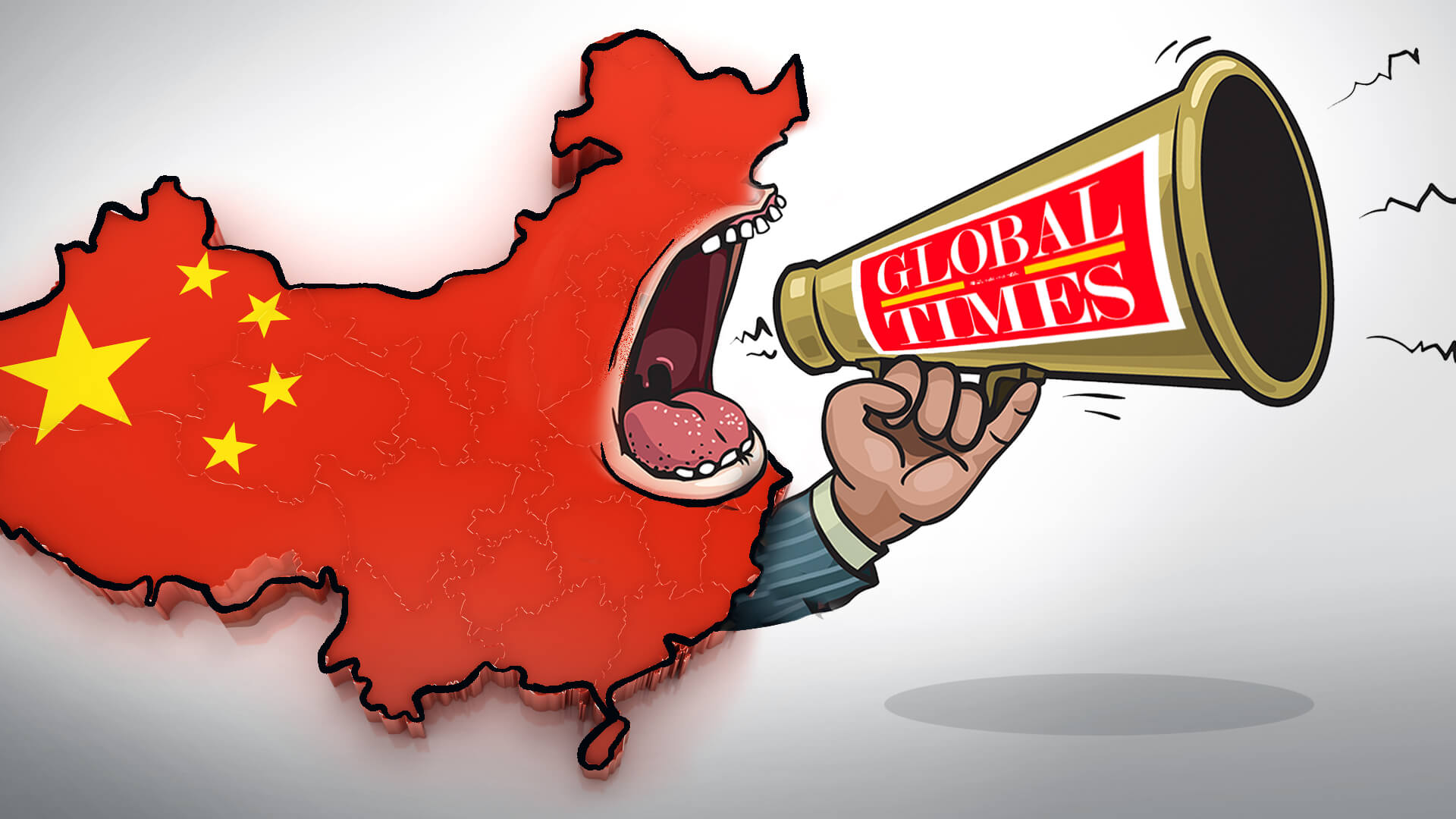 The witty mouthpiece of the Chinese Communist Party of China [CCP], The Global Times [TGT], is at it again.

It’d almost be funny if it weren’t state-owned media; what the TGT publishes is as good as from the mouth of President Xi Jinping himself.

So late last week when Australia rightly sided without our American allies in declaring China's South China Sea claims "completely unlawful", one can be sure TGT’s dummy spit is the CCP’s – not some angry Beijing journo’s.

And boy are they frothing:

…although China-Australia relations have already drastically soured, Australia has chosen to show its loyalty for the US. It rejected China's claim [in the South China Sea] at the UN level, which will have quite a negative impact. It seems Australia hasn't clearly thought about the consequences. It hopes to curry favor with the US, but it's doubtful whether the move will bring Australia any substantial benefits….

This promise of a “negative impact” on Australia and “the consequences” for standing up to the communist regime is a reoccurring theme:

If Australia further provokes China, not only on political relations, but also economic relations, the damage to Australia should be expected.

It should be said that so far, Australia has not learned a great lesson. If it still insists on going on the current path, the possibility that China will take strong countermeasures cannot be ruled out. For example, China could target substitutable agricultural products such as beef and wine.

Whoever’s job it is to thinly veil Beijing’s threats clearly dropped the ball on this one, but they got one thing right:

The relationship between China and Australia has now deteriorated to a very bad point, and the chance for a turnaround is slim in the near future.

Well yes, China, that is what happens when you slap tariffs on our stuff, infiltrate our businesses and governments, steal our intellectual property, engage in cyber warfare…

Strangely, the TGT also reads like a note from an ex lover – convinced Australia doesn’t really mean it and will come back in time:

….Australia doesn't want a direct confrontation with China. Australia actually knows the bottom line. It mainly wants to express its stance to the US and make some anti-China gestures to win support from the US.

But like most things CCP related, it simply isn’t true.

Just last Friday Prime Minister Morrison’s words assured us that the Australia-US relationship had never been stronger or more important.

“We are a trusted partner of the United States. We trust each other.

“And as I said to President Trump last year when we met, Australia looks to the US, sure. But we don’t leave it to the US. We do our share of heavy lifting in this partnership.”

And while he tactfully sought to differentiate Australia’s approach to China from that of the US, saying we’ll take “our own actions and our own initiatives”, we Aussies can read between the lines.

It’s as if he knew we all needed to hear it at this particular juncture.

Here’s hoping, as the free countries of the world continue to unite against the communist dictorship, the words of Ambrose Evans-Pritchard will prove true sooner rather than later:

If the democracies bide their time and hold together, China will eventually settle down and accept that it too is a greying status quo nation and perhaps even that its bid for global supremacy is going nowhere.