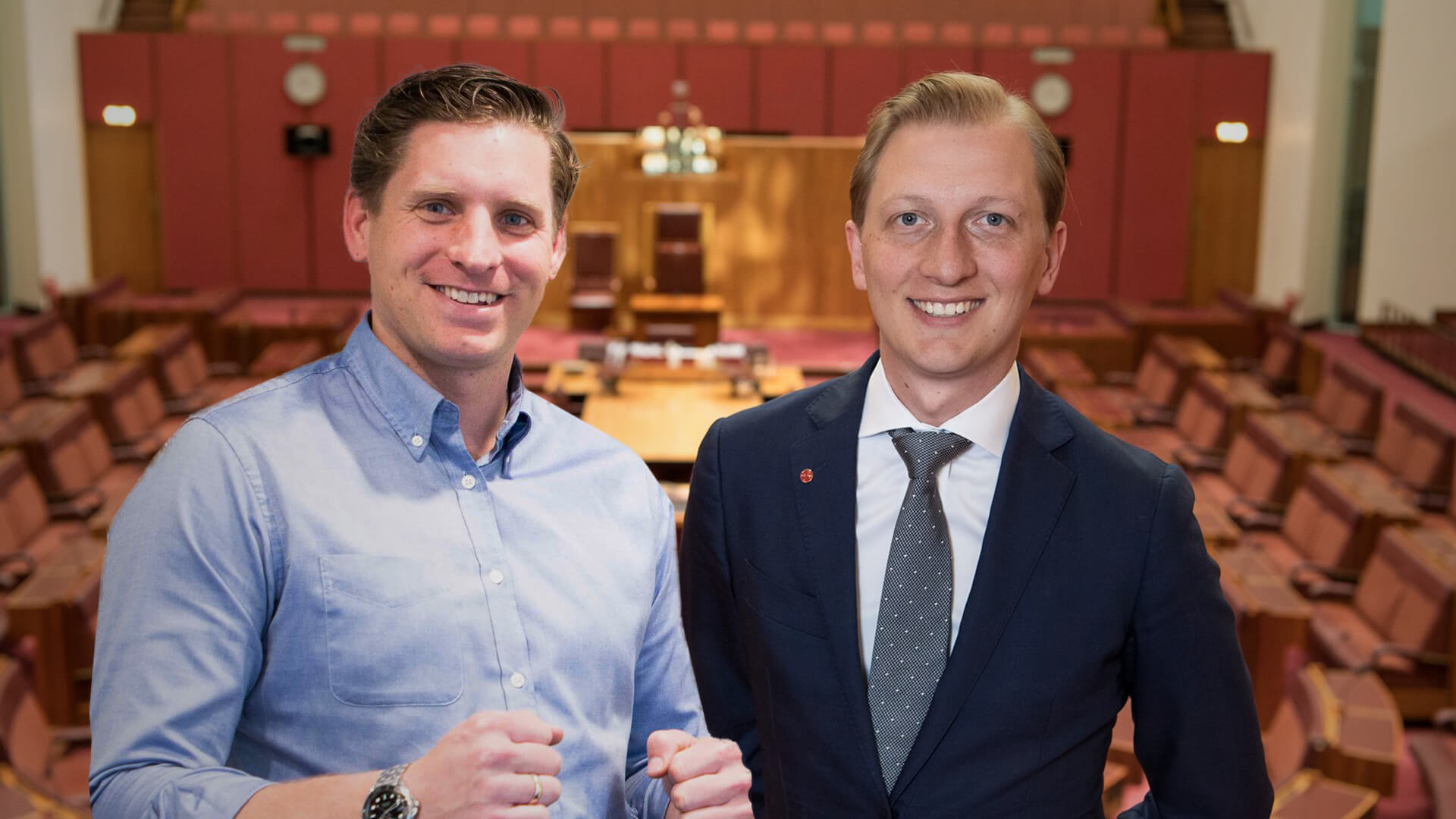 An ex SAS soldier, he’s never been backward about coming forward regarding his concern over China’s authoritarian regime as it relates to Australia.

And as the Chair of our Parliamentary Joint Committee on Intelligence and Security, the bloke knows a thing or two the average punter doesn’t.

Which is why, when he and fellow Liberal parliamentarian Senator James Paterson phoned the Chinese Embassy to arrange their visas for a study to Beijing last week, they were told to sod off.

"I think we've been banned from travelling to China largely because we've been outspoken about the Chinese Communist Party and we've been vocal on human rights issues," said Hastie.

Best known for looking 12 years old whilst possessing the intellect of an elderly sage, Senator Paterson said he and Captain Australia had no plans to cause trouble.

"Our intention was to engage in good-faith dialogue…  We certainly weren't planning on doing anything other than representing our points of view and hearing theirs."

But it wasn’t to be.

Like a petulant child, our nation’s largest trading partner issued a statement declaring “China will never yield to colonisation of ideas and values,” and demanding the MPs “repent and redress their mistakes” in order to visit the country.

Captain Australia’s response?  A Facebook status that read: “There will be no repentance 🇦🇺”

That guy’s a keeper.

Senator Paterson’s response?  "I'm elected to represent the Australian people…  I won't be repenting on the instruction of any foreign power."

Behold, two Aussie parliamentarians to be bloody proud of.

“We look forward to a time when the Chinese government realizes it has nothing to fear from honest discussion and the free exchange of ideas,” said the duo’s joint statement.

"At least we now know that if you make criticism of the regime it could cost you a visa," said Captain Australia, well-rested after having had China do the heavy-lifting proving him right.

In fact, so completely did China just prove the MPs’ point for them, one can’t help but wonder if the two young Liberals didn’t cook it up on purpose…