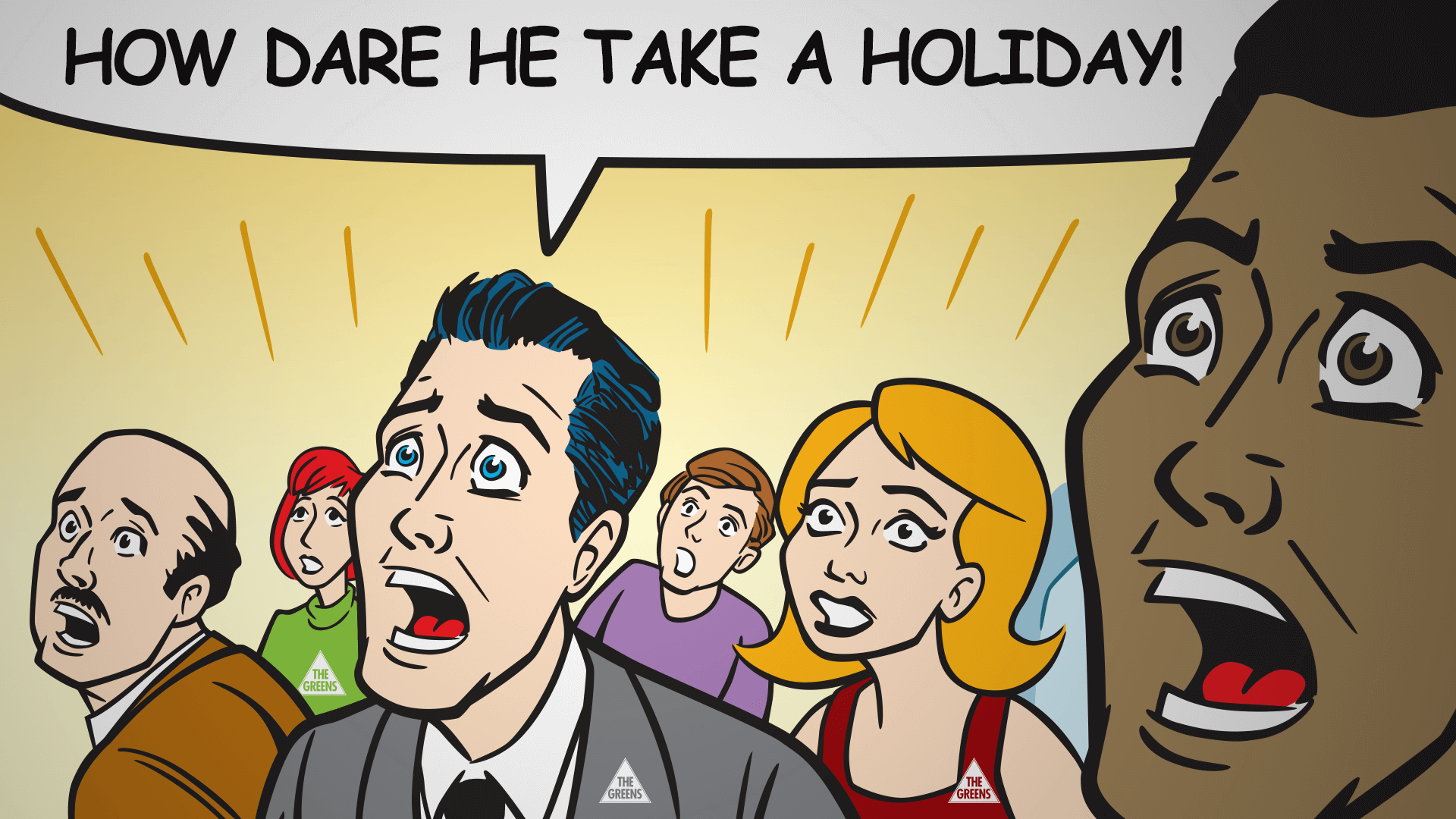 The idea that the PM can’t get away for a few days with Jen and the girls before Christmas because he needs to be here showing “moral leadership” on “climate change” is ridiculous.

But that hasn’t stopped a group of former fire chiefs, egged on and funded by one of Australia’s leading writers on climate change, Tim Flannery, from demanding ScoMo come home right now to solve climate change.

According to this mob, it’s because of the PM’s “lack of leadership” on climate change that Australia is burning – so him ditching his family holiday to return to Oz should fix it.

Tim Flannery is the tree kangaroo expert who in 2007 predicted Perth would become a ghost town with not rain enough to supply water due to climate change.

The head of his own Climate Council organisation, Flannery demands that we turn off our coal-fired power stations...  Immediately.

No one actually believes that going without lights, air-conditioning and fridges of cold beer is going to dial down the temperature of the planet and stop the bush burning…  But hey – we gotta do it anyway or we clearly don’t care.

In addition, Flannery and his possie of former fire chiefs demand we stop exporting coal – Australia’s number one wealth generator.

Yep – their “climate emergency” justifies rendering everyone in central Queensland and the Hunter Valley unemployed.

Billions upon billions of our taxpayer dollars subsidise windmills and solar panels which can’t power the beer fridges and factories our first world economy needs.

The truth is that, as tragic as bushfires are, blackouts are a greater potential threat to our prosperity and well-being.

Aussies queuing for the dole because their mine or electricity-dependent plant has been shutdown, pensioners who can’t afford heating or cooling, families and businesses struggling to pay their electricity bills…  This is the real “collateral damage” of “climate action”.

Yet these lefties demonise mainstream Australians who question the electricity bill pain and the job losses wrought in the name of “climate action”, forever flogging us for not doing more.

For Pete’s sake…  Someone tell these blokes we’re in the grip of a long drought which has made the bush explosive – Scomo coming back ain’t going to change that – it’s happened long before “climate change” and it will most certainly happen again.

This is Australia, fellas.