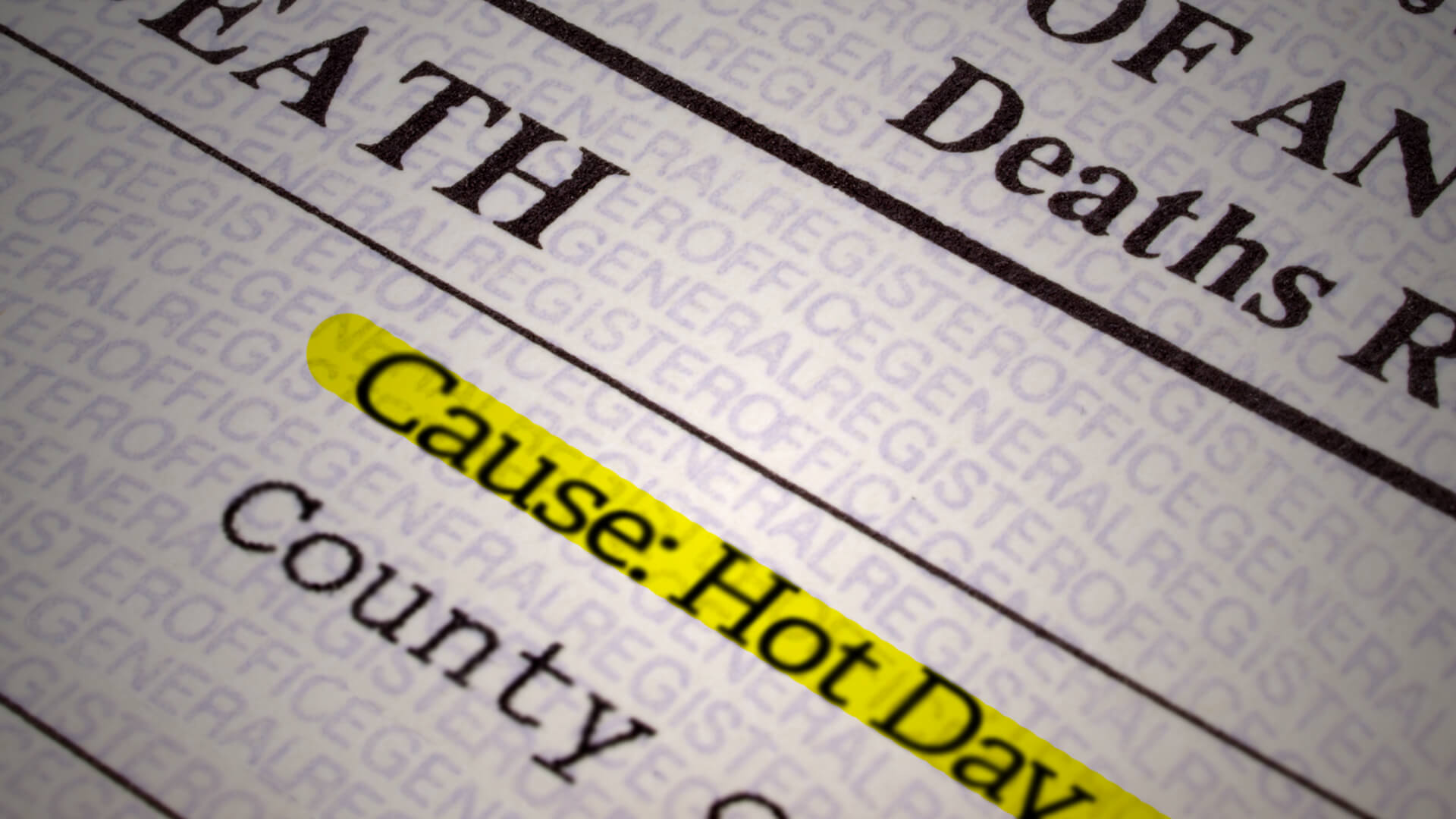 Over the past 11 years in Australia, just 340 deaths have been recorded as being caused by excessive heat, but two doctors with the Australian National University (ANU) believe 36,765 could have been attributed to heat.

According to the ANU’s Arnagretta Hunter, if someone dies due to summer heat, their death certificate should state that the cause of death was climate change:

Climate change is a killer, but we don’t acknowledge it on death certificates.

If a farmer dies at the end of a five-year drought we know that the drought probably contributed to his death, but there is no way to record that.

Does it matter? Yes. It is going to get hotter, we are going to see increasing amounts of morbidity and mortality as a result. If we recognise and record that, we might be able to mitigate it.

Climate change is the single greatest health threat that we face globally even after we recover from coronavirus.

We are successfully tracking deaths from coronavirus, but we also need healthcare workers and systems to acknowledge the relationship between our health and our environment.

And while everyday Aussies reel from the utter stupidity of such sentiments, Greens leader Adam Bandt was quick to echo Hunter when asked about her assertion:

What we do know is that many events are now much much more likely because of climate change. And if you’re told look if you do this certain thing it is going to make it more likely that ppl will die and then as a government you go ahead and do it then you’ve got to bear some responsibility for that.

It’s not hard to see what the green-left is priming us for.

Coming out of the pandemic, they want the same sort of emergency measures applied to the “climate crisis”.

Obviously the 36,765 deaths over the past 11 years that these ANU doctors are seeking to attribute to climate change dwarfs our Wuhan virus death toll of 100.

It’s all in a bid to build the left’s case for us to be subjugated to “climate experts” who will impose their own version of an economic lockdown to “save lives”.

“Death certification needs to be modernised, indirect causes should be reported, with all death certification prompting for external factors contributing to death, and these death data must be coupled with large-scale environmental datasets so that impact assessments can be done," Hunter and her colleague Dr Simon Quilty wrote.

So with autumn snow falling on the Australian Alps right now, what would a death in an avalanche be ascribed to?