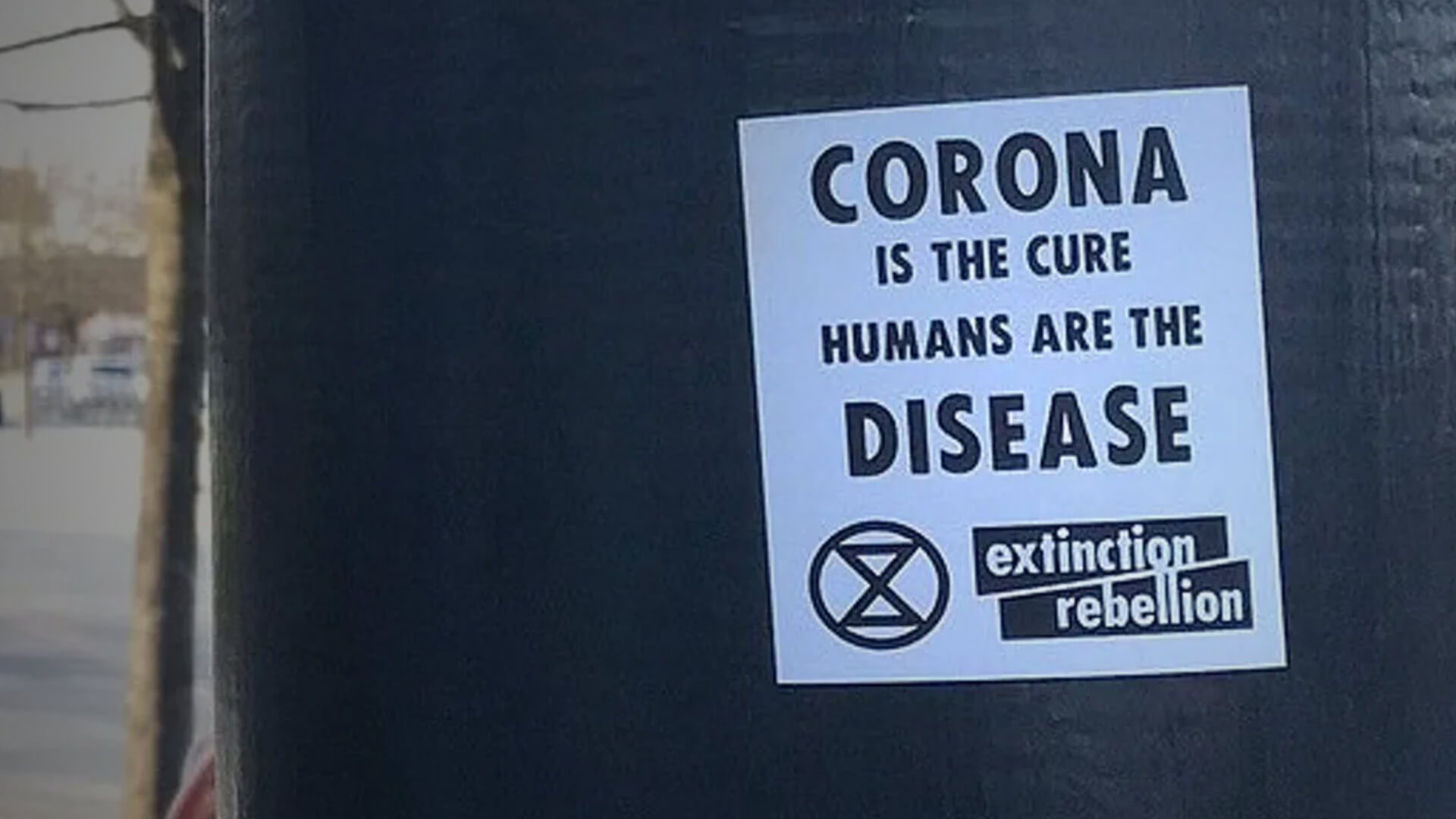 We wondered how long it would take for the climate cult to start leveraging the pandemic.

Turns out, not long at all.

Because really everything is about climate change, isn’t it?

Like all good lefties, Williams is frustrated that even changing the language from “climate change” to “climate crisis” wasn’t enough to budge the scepticism of everyday people.

But she thinks Wuhan virus might just the ticket to eradicate our apathy and move us to action the left’s climate agenda.

“We’re already seeing data from NASA that points to China’s greenhouse gas emissions decreasing since coronavirus made itself known. We can keep the momentum going,” Williams writes hopefully.

Of course, by “momentum” she’s referring to tens of thousands of airline workers being stood down.

Remember when Extinction Rebellion made a name for themselves, gluing themselves to planes?

While most of us want to get on a plane and visit loved ones overseas or take a holiday, it’s the climate alarmists’ dream to get all those filthy jets out of the air.

They figure if we can get accustomed to economic hardship to contain the virus, maybe we’ll be happy to keep up the good work trashing our economy for emissions’ sake too.

Sure, lady, because who needs jobs?

Which is why everyone’s favourite ‘environmentalist’ group, Extinction Rebellion, posted stickers claiming that coronavirus is a “cure” for the “disease” that is humanity.

“Earth is healing. The air and water is clearing,” tweeted Extinction Rebellion.

“Corona is the cure. Humans are the disease!”

The post shows stickers with the same message and the Extinction Rebellion logo plastered on lamp posts.

Apparently another branch of XR objected to East Midlands branch’s post saying it “does not follows XR’s principles,” but East Midlands wasn’t backing down.

“We are pointing out that from the perspective of the Earth, humans behave like a disease. The idea is not to be.”

This is where the alarmists are over-playing their hands.

No one likes what is happening to our society now…  No one save for the climate alarmists.

In the words of Andrew Bolt:

Put the deaths to one side. The rest of this catastrophe is what they were pushing on us.

The warmist Worldwatch Institute demanded we stop the “overconsumption” that was “undermining the natural systems”. Done: millions of people are losing their jobs and stopping their “overconsuming”.

Greenfleet insisted we reduce our “travel miles”. Done: all the people in lockdowns around the world are going nowhere.

The only reason China’s greenhouse gasses have declined, as Williams is so very thrilled about, is because the communists locked everyone in their homes so they couldn’t go to work.

Suggesting we “redesign” our world like this on a permanent basis certainly isn’t going to go down well with everyday Aussies.

But that’s exactly what the climate catastrophists want: our economy closed for business; a new world order.

Just goes to further show that unless we resist the climate cult’s peddling of fear, panic and lack, dystopia awaits.