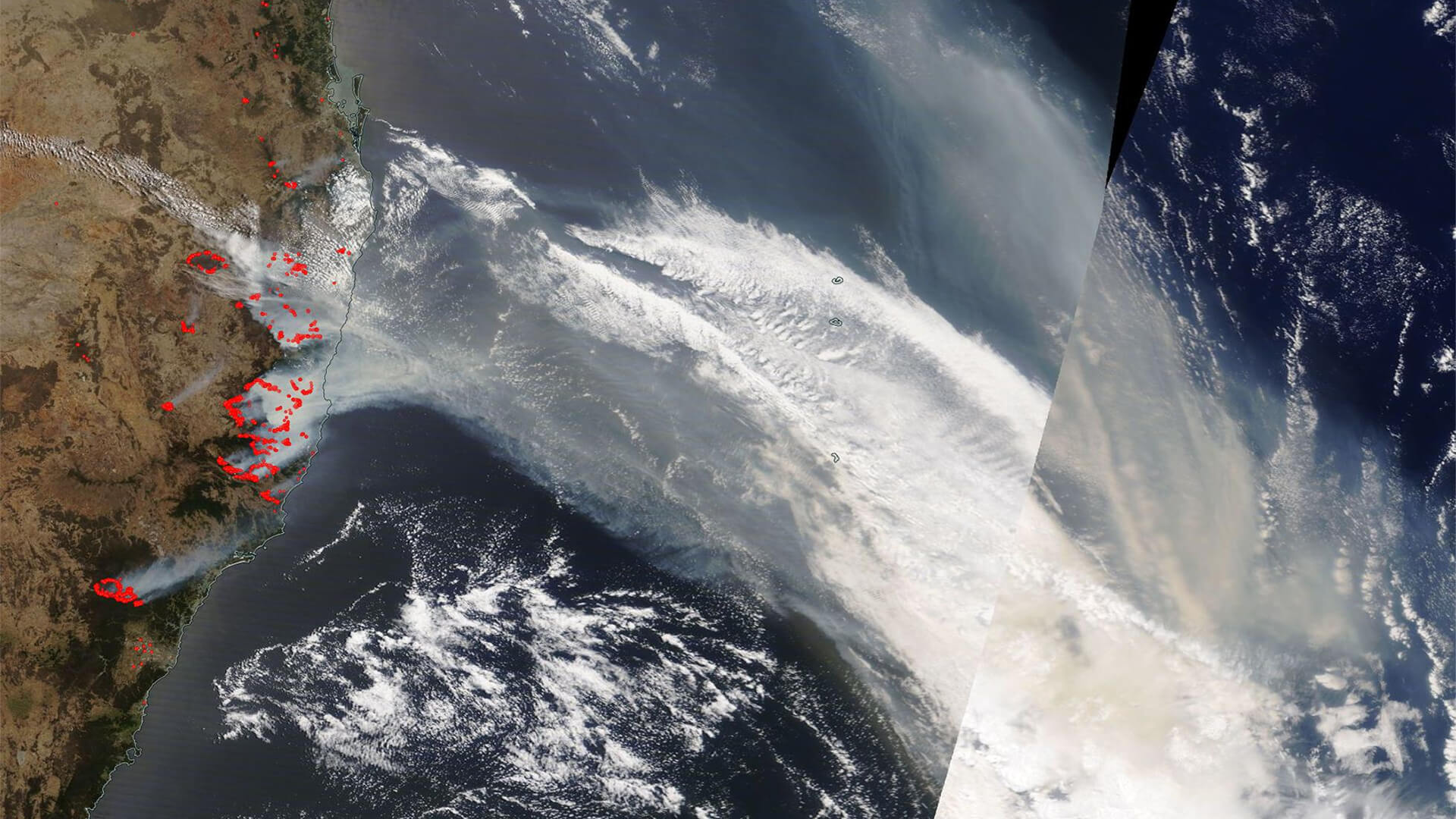 No matter how popular the doom and gloom prophets are, Mother Nature always brings hope.

As reported by The Australian over the weekend, smoke from Australia’s 2019-20 bushfire season has caused an explosion of life in the Southern Ocean equivalent to turning the entire Sahara Desert green.

Research published on Thursday in Nature journal has found that total carbon dioxide emissions from the bushfires was 715 million tonnes, twice as much as previously thought.

Another paper, also published in Nature, said an equivalent amount of CO2 was sucked up by a phytoplankton bloom in the ocean between New Zealand and South America caused by fertilisation of the ocean by smoke from the fires.

According to Pete Strutton from the Institute for Marine and Antarctic Studies at the University of Tasmania, the phytoplankton bloom would have sunk to the ocean floor and locked the CO2 out of the atmosphere.

Even better, the bloom acts as a critical building block in the aquatic food chain given that other species would have eaten the phytoplankton, stored the carbon and dramatically increased ocean productivity.

Professor Strutton said the team had studied 22 years of satellite data to assess the impact of the 2019-20 fires.

“Nothing like the increase in productivity we saw has been observed in that 22 years in that part of the ocean”, he said.

Using satellites and autonomous profiling floats, researchers “observed a greening in the south Pacific sector of the Southern Ocean that exceeded the size of Australia.”

“There is increasing evidence that wildfires may have had an important role modulating atmospheric CO2 during glacial – interglacial periods”, the paper said.

“Given the increasing risk of wildfires with climate change (for example, in southeast Australia, the Amazon, and the western US), their central role in our global climate in the geological past, at present, and in future therefore argues for a more comprehensive representation of wildfires in climate models”, it said.

“Among other things, extensive measurements of wildfire aerosols and targeted studies of their effects on marine ecosystems are needed to further elucidate the wide-ranging impacts, especially for an event of the magnitude of the 2019-20 Australian wildfires”, the paper concluded.

“For context humans release around 30-35 billion tonnes of CO2, around 3-4 per cent of all CO2 emissions, into the atmosphere every year, that phytoplankton and vegetation easily absorb,” he said.

“The idea that bushfires contribute to global warming, when in fact they are a part of the environmental cycle is typical of the fear mongering we’ve come to expect from alarmists”.

Anyone with a brain should be able to see that the complexity of our planet’s ecosystems and its unpredictable relationship with the sun renders simplistic climate models useless when predicting climatic change and quantifying the role humans play in the phenomenon.

The question must be asked: if the additional carbon dioxide released into the atmosphere from bushfires is good for ocean productivity and life, then why do the experts tell us carbon emissions released from the burning of fossil fuels will usher in doomsday?

If the ocean can absorb 715 million tonnes of carbon dioxide from bushfires, then why can’t it absorb the 536 million tonnes Australians emit every year?

If the climate models “often poorly represent” the feedback between climate and wildfires, then why are we shutting down our heavy industries based on their prediction?

And who would have thought that a 4.5-billion-year-old planet would have countless stabilising levers that humans are too small and insignificant to even conceptualise?

Well done to Nature magazine for being so honest and upfront.

Hopefully, the experts and bureaucrats at the CSIRO who are caught up in climate hystericism based on their homogenised computer models can pick up a few pointers.