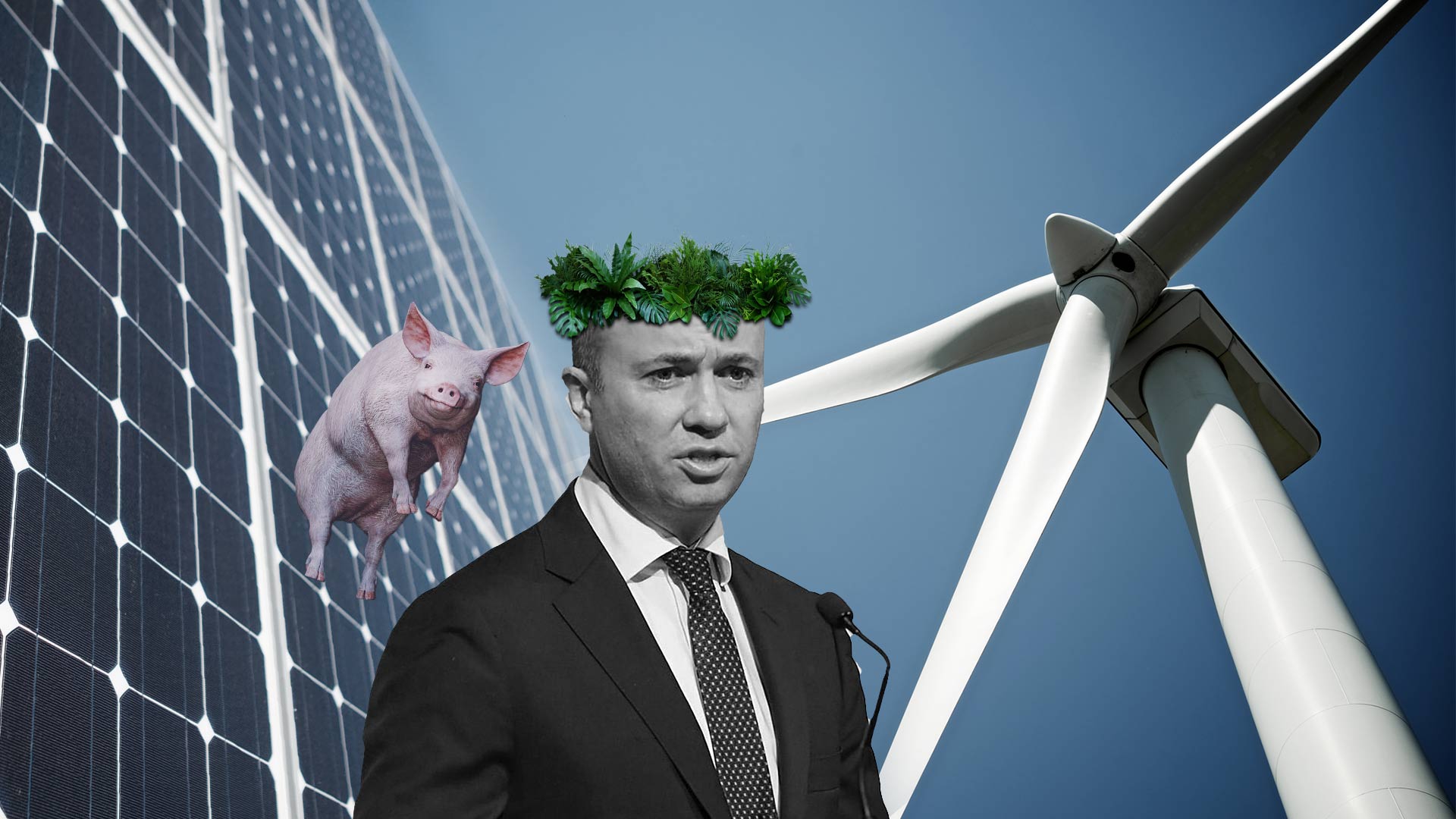 The NSW “modern Liberal” environment Minister Matt Kean is hell bent on working with the Greens and Labor to impose a $32 billion “roadmap” to unreliable and expensive renewable energy.

Meanwhile, the Morrison Government’s energy Minister Angus Taylor, who is trying to secure electricity supply by converting from coal to gas-fired power, has been blindsided by his NSW Liberal colleague.

Taylor is worried that wind, solar and hydro, without the firming power of coal or gas, will plunge the state into blackouts and even higher prices.

The Telegraph newspaper reported that “a spokesman for Mr Taylor said those premature closures ‘caused serious problems and record high prices across the national electricity market for many years. We do not want to see a repeat of that in NSW’.”

Kean is on board with the green-left’s radical agenda to decarbonise the economy at any cost.

NSW One Nation Leader Mark Latham has been a voice in the wilderness in the Parliament seeking detail about how much the new coal-less Liberal/Green/Labor energy plan will cost the average punter.

Latham told 2GB radio’s Ben Fordham today that Kean’s renewable energy “roadmap” would add up to $100 a quarter to the average electricity bill.

He said the legislation for it contains a “new electricity tax” via a mandatory levy on distributors that would be ultimately passed on to customers.

Both Taylor and Latham have sought the data behind Kean’s assumptions, so worried are they about what this turn to the green-left by the government of Gladys Berejiklian might mean.

In further signs of division within the Coalition over energy policy and manufacturing jobs, the split between Queensland Nationals Senator Matt Canavan and Prime Minister Scott Morrison only deepened in the past few days.

Canavan wrote an article for the Spectator calling on the Government to get out of the UN’s Paris Agreement on climate change.

“It is time we stop the stealing of Australian manufacturing jobs. We should pull out of the Paris agreement and pause any further efforts to reduce our own carbon emissions until other countries start to act and not just talk. Why should we continue to penalise our own businesses and workers while other countries get off scot-free?”

This is the question most Australian politicians have been unwilling to answer.

Confusingly, Prime Minister Scott Morrison was on a Zoom call with G20 leaders talking up Australia’s ability to meet its Paris agreement Carbon Dioxide emission reduction targets and reiterating our nation’s commitment to it.

Canavan wrote that as Australian had reduced its CO2 emissions the consequence was falling Australian manufacturing output for the first time on record.

Well might Morrison boast about “meeting and beating” our Paris targets because the radical Left have moved on from Paris.

They now demand zero net emissions by 2050 no matter what the cost to peoples’ livelihood.

They won’t be placated until electricity is unaffordable and the economy is smashed.

Morrison is trying to pretend not to hear this clamour for yet more “action on climate change” as he and Taylor work madly to bring gas online before the lights go out.

Sadly they are naïve to think the Left will let them get away with this. The Left hates all fossil fuels and is now going after gas.

As Latham points out, wind and solar are unreliable, hydro is expensive and batteries are no good for storing electricity to run cities, towns and industry.

Having grabbed the UN emissions reduction tiger by the tail, Australia’s head is now in its mouth.

Matt Kean and Gladys Berejiklian are sharpening its teeth.