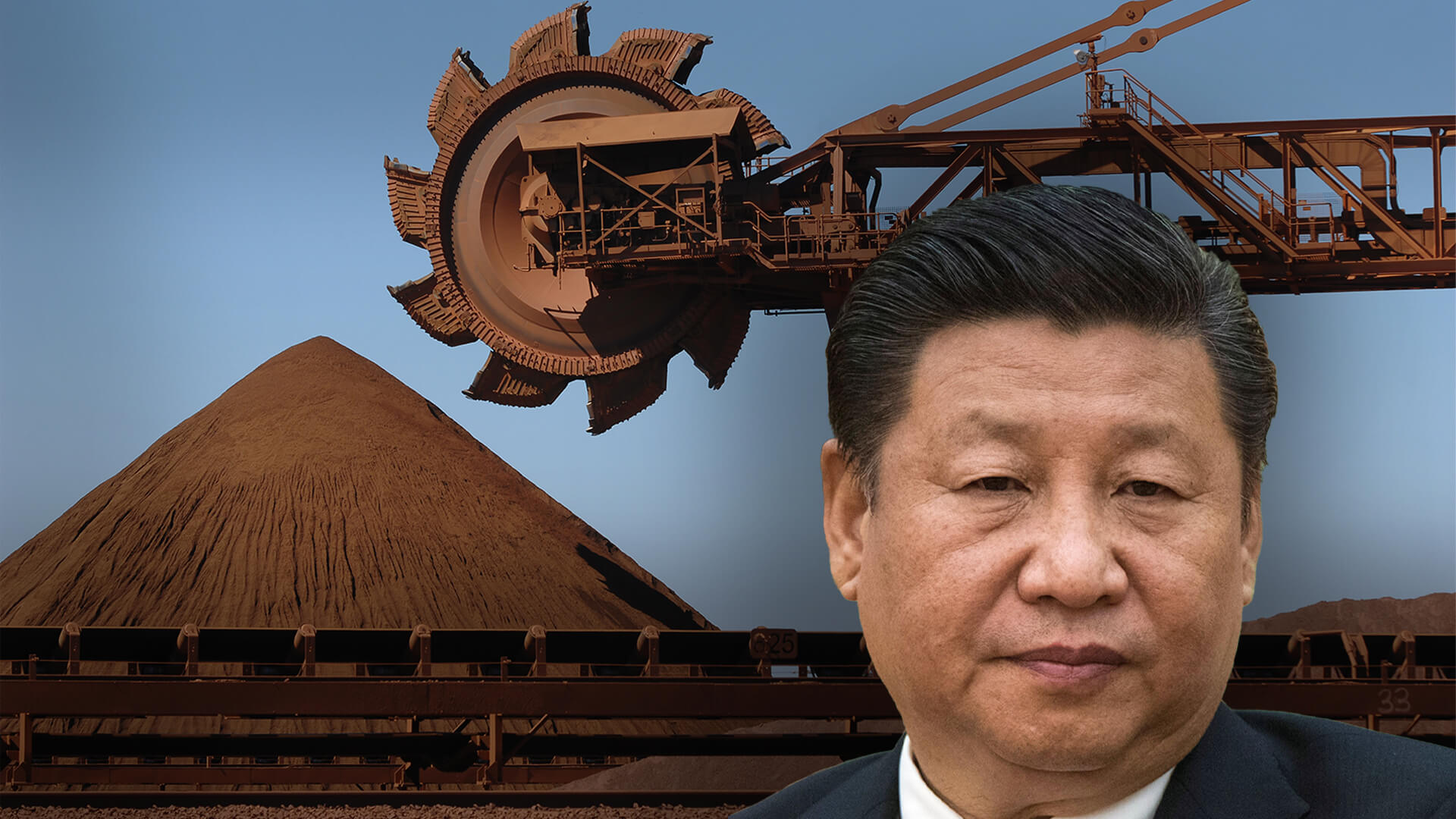 The Chinese Communist Party has discovered the law of unintended consequences, and they’re not at all happy about it.

After starting a trade war with Australia by blocking our coal, wine, barley, sugar, lobster and timber exports, the CCP has unwittingly increased the price of the iron ore it so desperately needs to function.

Well by disrupting so many markets and economies with their tariffs and trade blocks, the Chinese have spooked much of the world into securing their supplies of iron ore going forward, meaning higher prices for everyone.

In response, the China Iron and Steel Association has declared the “iron ore pricing mechanism had failed” and called on Chinese regulators to investigate iron ore prices and “severely crack down on possible violations of laws and regulations” by BHP, Rio Tinto and other miners.

And your whinging and whining won’t help.

We all know your economy can’t function without the 900 million tonnes of cheap, top-quality Aussie iron ore you import from us every year – almost 3 times more than the world’s second largest exporter, Brazil.

We all know your world-dominating steel industry (which produces over 52% of the world’s supply and which has grown its production by over 20 times in a generation) can’t survive without it.

And yet you think you can push Australia around and then complain when you reap the consequences of the instability you yourselves have created.

Well as usual, Senator Matt Canavan gets it.

Writing in The Australian yesterday, Senator Canavan lamented how although “Australia is the world’s largest exporter of iron ore and coking coal — the two key ingredients that go into making steel…we are now a net importer of steel, something that should be more widely acknowledged as a cause for national shame.”

He clarified “iron ore is the one product that China has not slapped tariffs or restrictions on in its increasing trade war with Australia because it cannot easily replace our supply.”

And he suggested “to avoid further harm we need to make the Chinese Communist Party pay a price because that will be the only thing that will stop further trade restrictions.”

The Senator thinks “we should apply a levy on exports of iron ore to China”.

“The funds raised can be used to compensate the Australian industries harmed by China’s actions.

“Our exports of iron ore to China amount to $85billion a year. So even just a 1% levy would raise more than $800million a year, more than enough to assist those industries harmed by China’s unjustified trade actions.

Unfortunately, however, not everyone thinks so.

Straight after Senator Canavan’s opinion piece was published, Minister for Resources Keith Pitt said a levy on our iron ore exports is not on the table.

Why would you say this Minister?

We are in a trade war with China.

We should have all our cards on the table.

To say we aren’t considering using our biggest point of leverage to support Australian producers who are struggling after having their produce rejected at Chinese ports is counterproductive to say the very least.

If only Senator Canavan was still resources Minister!

It’s time the Australian people began asking ScoMo why this man is still on the backbench.