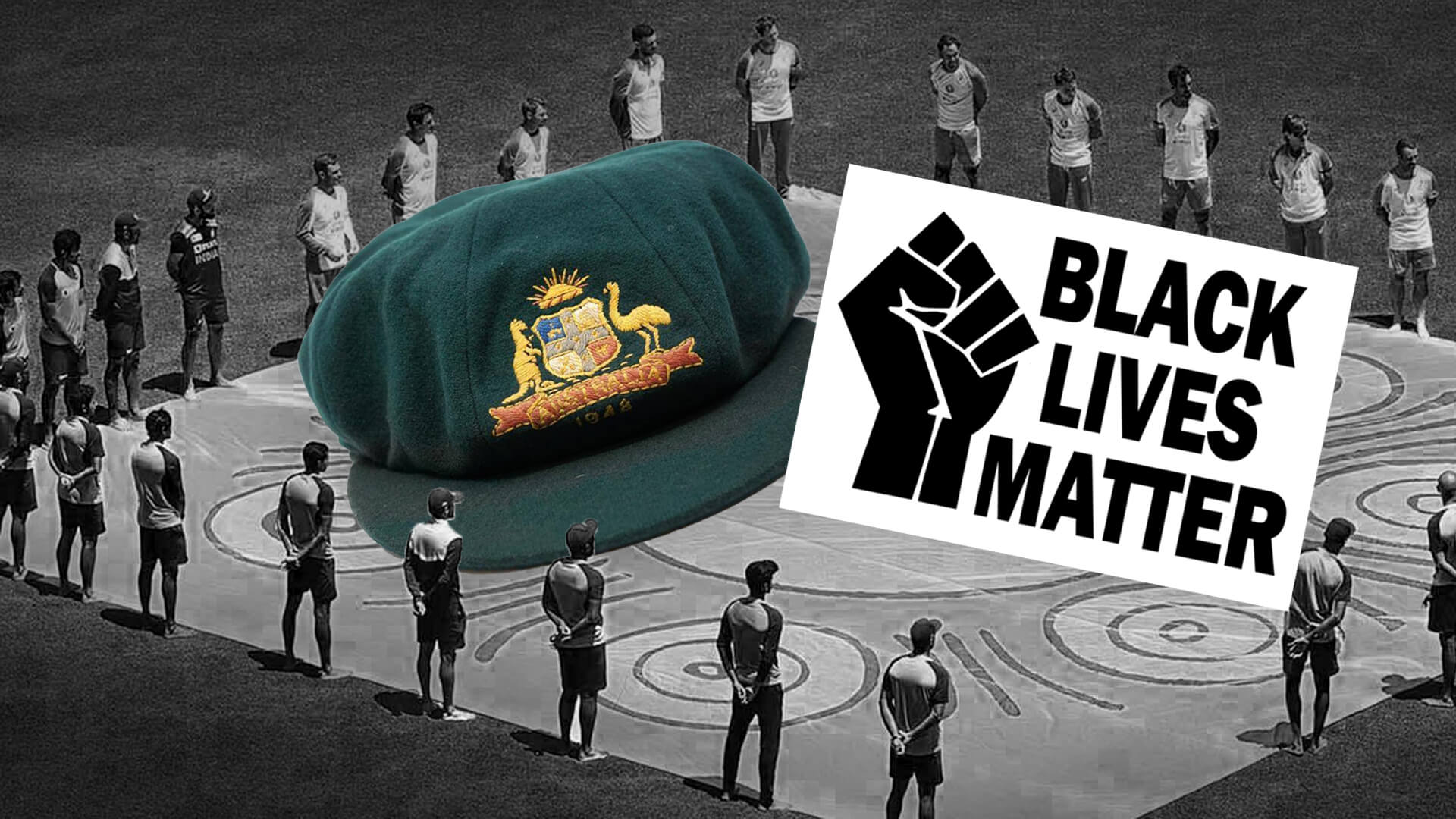 Cricket’s embarrassing barefoot circle in support of the radical US-based Marxist Black Lives Matter movement may also be performed at the start of the test series against India.

But not if Advance Australia can help it.

Already 14,000 mainstream Australians have added their voice to our open letter to Cricket Australia calling on them to drop the divisive gesture.

Sadly our movement’s work didn’t stop the Australian one day side participating in a BLM barefoot circle at the SCG last Friday at the start of the limited overs series against India.

But we are not done yet.

Pat Cummins, the man who could be captaining the Australian test team on December 17 if Tim Paine is injured, says the team is considering another BLM gesture.

“We are going to look at doing it at the start of each series,” Cummins said in a recent interview.

We hope the wriggle room Cummins has left here means the idea can be quietly dropped.

Why drag the sacred Baggy Green through the baggage of the BLM political movement?

Maybe Cricket Australia and the players have not been watching the news this past six months.

But here’s a reminder for them.

BLM’s founder Patrisse Cullors says she and several of their other staff are proud “trained Marxists”.

No wonder the BLM protests in the US quickly morphed into rioting, violence and looting.

Not content with destroying cities, BLM wants to destroy the nuclear family, arguing it is part of Western Civilisation.

If black lives didn’t matter to white people, why do so many black people flee violence in their home countries seeking better lives in countries like Australia?

But apparently, that’s not enough and Cricket Australia says we must acknowledge our inner racism.

BLM also calls for the de-funding of police, something that only hurts black people - particularly indigenous women where black men committing violence against them is out of control.

“Seriously, these adults, we are infantilising adults, treating them like stupid children,” she told Paul Murray Live.

“I’ve never in my life heard of it (the barefoot circle ceremony).

“Going barefoot? It’s like, ok, the woke brown person says jump and everyone says how high.

“What is this going to do for aboriginal people? Absolutely zero.

“I’ll tell you what It’ll do for the cricketers though, make them look utterly ridiculous as they stand there pretending to be woke and all virtuous but knowing deep inside that they too are probably dying slightly and cringing themselves."

If you haven’t already added your voice to Advance’s open letter to Cricket Australia, please do so today.

We are going to fight this all the way to the first test on December 17.