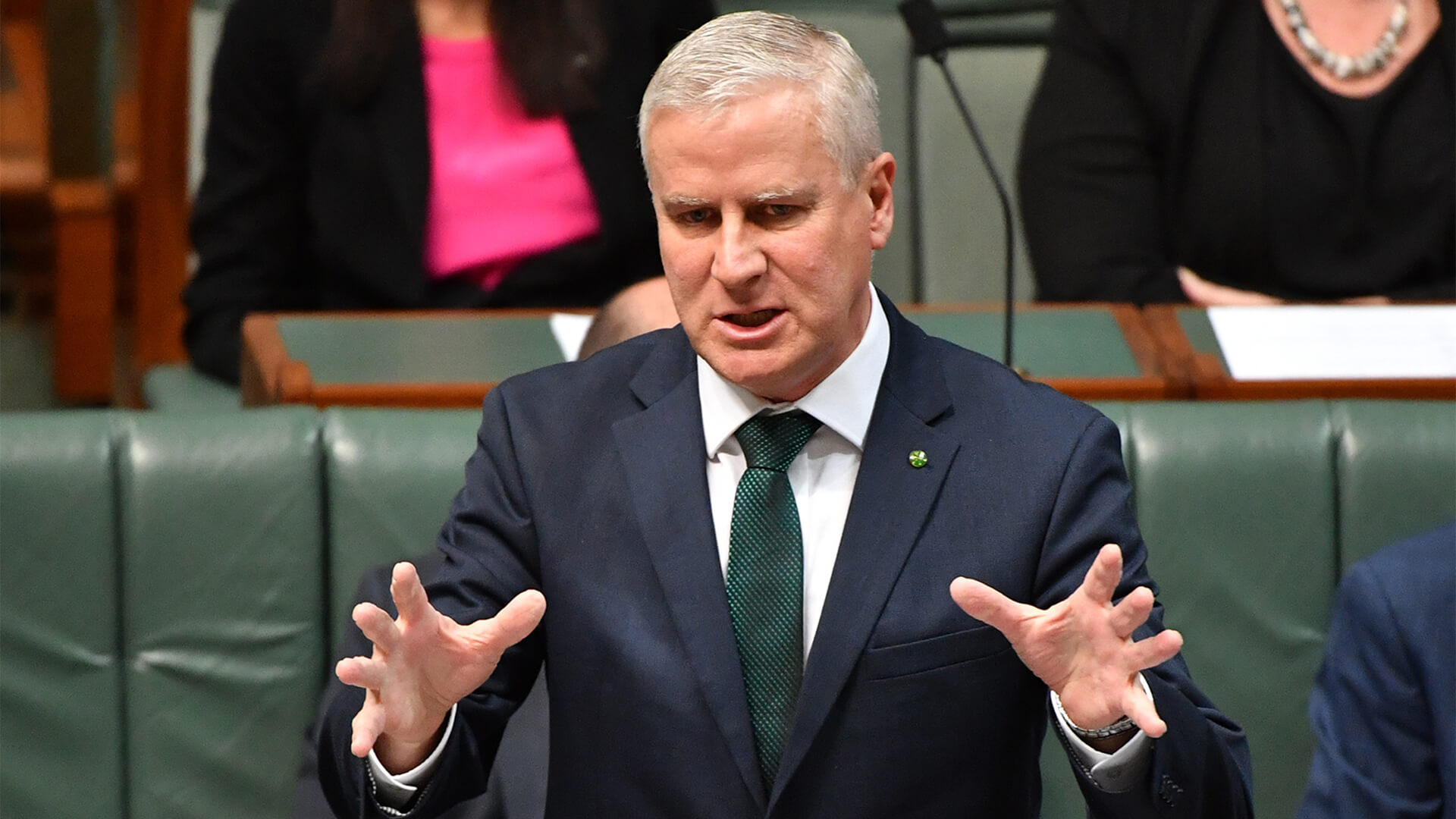 The left are unhinged.

With all that’s happening around the world right now, you’d think the Greens, Labor and the mainstream media would have something meaningful to say.

The central talking point for the Australian left this week revolved around the use of a simple phrase by our Acting Prime Minister Michael McCormack:

The response has been overwhelming.

Labor health spokesman Chris Bowen said, “to have the Acting Prime Minister spout the words ‘all lives matter’ to diminish the Black Lives Matter movement, was beyond disgusting.”

And Greens Senator Nick McKim insisted McCormack used the phrase to “defend his own racist dismissal of black deaths in America” and “tell Australia’s racists he is taking their side” to secure votes from “far-right nationalists, racists and conspiracy theorists.”

But far-left activists like McKim don’t care about the facts. They just hate that we refuse to grovel at the feet of the radical Marxist leaders who run their beloved Black Lives Matter movement.

We saw this play out on the Today show yesterday during a heated exchange between Senator Matt Canavan and host Sylvia Jeffreys about the situation in America.

And after one of the panellists tried to characterise the BLM protests as an “overwhelmingly peaceful” “global movement” designed “to shine a light on police brutality”, Canavan hit the nail on the head.

He said, “You’ve got to condemn political violence in all its forms.

“Black Lives Matter has been involved in politically violent action.

“The fact it hasn’t been condemned widely enough over the last year, in my view, has helped in part lead to the events of last week.

“People have normalised political violence in the US over the last year. They’ve stood in front of burning buildings and said they’re mostly peaceful protests. People see that and think: if that’s the case, if that’s how we do politics now, why don’t we do it as well?”

Senator Canavan is bang on.

While the left glorifies Black Lives Matter, it characterises the pro-Trump protest at Capitol Hill as an armed insurrection equivalent to the storming of Bastille.

They ignore the fact that the riots in over 140 cities sparked by Black Lives Matter resulted in damages exceeding well over $2 billion, more than 20 deaths and over 14,000 arrests.

And they refuse to take any responsibility for how the riots normalised political violence and fuelled events like the protests we saw last week in Washington DC.

Instead, they’d rather spend their time feigning offense over self-evident statements like “all lives matter”, while turning a blind eye to the real issues Australia’s most vulnerable face such as crime, alcoholism, unemployment and welfare dependence.

As Advance has been saying for years, if the left really cared about the people they profess to stand for, they’d actually do something for them as opposed to getting caught up in symbolism, throwaway lines and divisive identity politics.