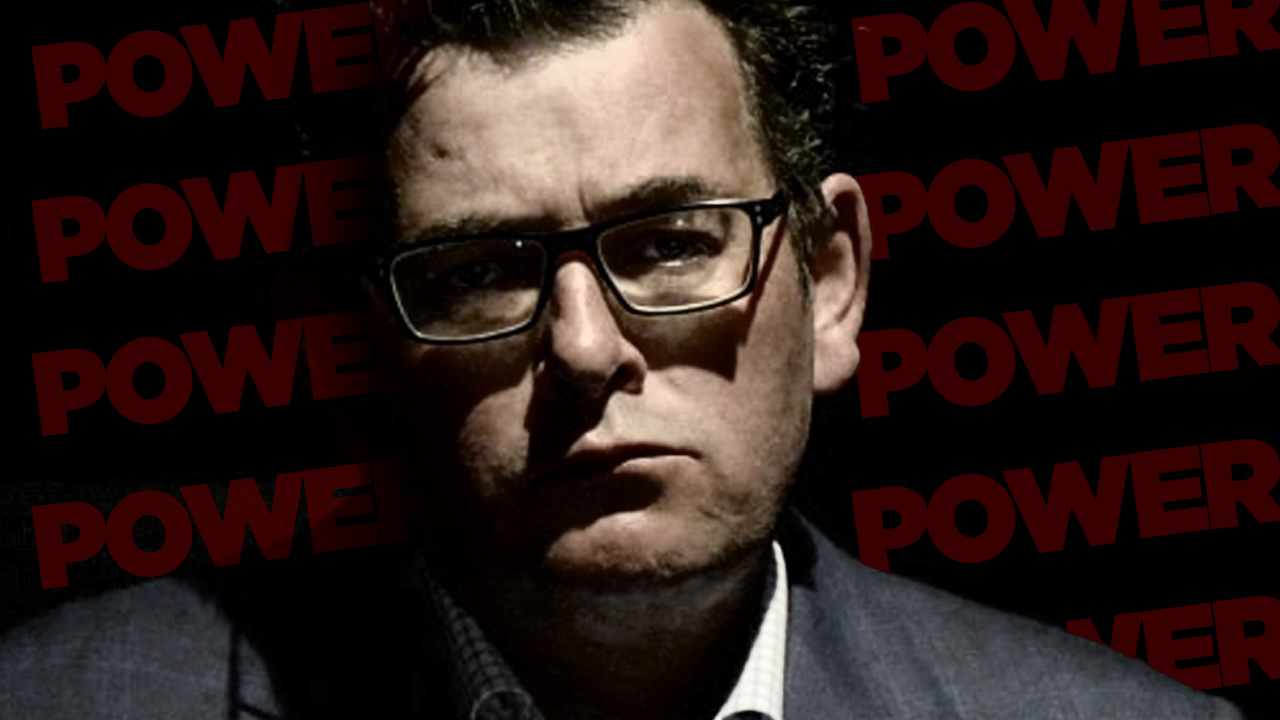 Christmas is looking bleak for Victorians.

With just single digit Chinese Communist Party virus cases per day, Dan is hell-bent on keeping the state in a lockdown that would make Xi Jinping proud.

The “easing of restrictions” he announced yesterday merely tinker at the edges.

Business will have to wait to reopen but Dan expects people to be glad that more than 10 people can gather outside if they are from the same family.

Where does this guy get off?

He doesn’t care that 1000 people per day are losing their jobs.

Totalitarian leaders never have about the human cost.

The “ring of steel” which stops Melburnians leaving the city will remain “indefinitely”, the dictator said.

For what reason no one can say.

Here’s what today’s Australian reported two of them as saying:

“Deakin University epidemiologist Catherine Bennett “questioned the need for the limit, especially given the state appeared ready to move to a third stage of easing restrictions under which movement limits were not a part of the original roadmap.

‘Provided people are keeping to the rules when they go out, it doesn’t matter if they travel 25km or 50km or 100km,’ Professor Collignon said.”

And the World Health Organisation itself has said lockdowns, while justified at the start of the pandemic, were now not the way to control the virus.

Now that hospital capacity has been increased, there is plenty of Personal Protective Equipment and the elderly and vulnerable can be protected, there is no need to destroy the economy and the mental health of an entire population.

Not to mention the fact that Victoria, as our second biggest economy, is dragging the entire nation down with it.

All this begs the question as to what Dictator Dan is playing at?

It seems a cohort of the population, un-used to taking personal responsibility, seem attracted to a dictatorial leader telling them what to do and helping them feel safe.

Prime Minister Scott Morrison and his Victorian-based ministers Greg Hunt and Josh Frydenberg can barely conceal their frustration with what Dictator Dan is doing to the economy and to peoples’ lives.

Like all dictators whose power is challenged, Andrews’ bristled.

“Some [politicians] are from Victoria, but not for Victoria.”

Frydenberg fired back on Sky news this morning saying Andrew’s “doesn’t get to decide who is for Victoria.”

“That sounds like a desperate distraction from a Premier under real pressure.

“The reality is there has been a lot of legitimate criticism made of Victoria’s handling of this crisis. For example, the Victorian President of the AMA [Omar Khorshid] has said the handling of the crisis has been like watching a slow motion crisis. Is he not for Victoria?

“There has been consistent sustained criticism and for good reason.”

Frydenberg said Andrews should have allowed small businesses to reopen in a COVID-safe way from today.

“It’s very clear that the small business groups representing millions of Victorians are very sympathetic to our calls [federal government] for them to be allowed to get back to work,” the Treasurer told Sky News.

“Quite clearly, it’s having a huge cost on the Victorian, and indeed, the national economy.”

Frydenberg told Sky about 60 per cent of Austalians on the Morrison government-funded Jobkeeper program were from Victoria.

“That’s billions and billions of dollars going from the federal coffers into Victoria to support as we should, and we will, Victorians through this crisis which started through those failures in hotel quarantine for which no one has taken personal responsibility in Victoria.”

The Dictator must go.