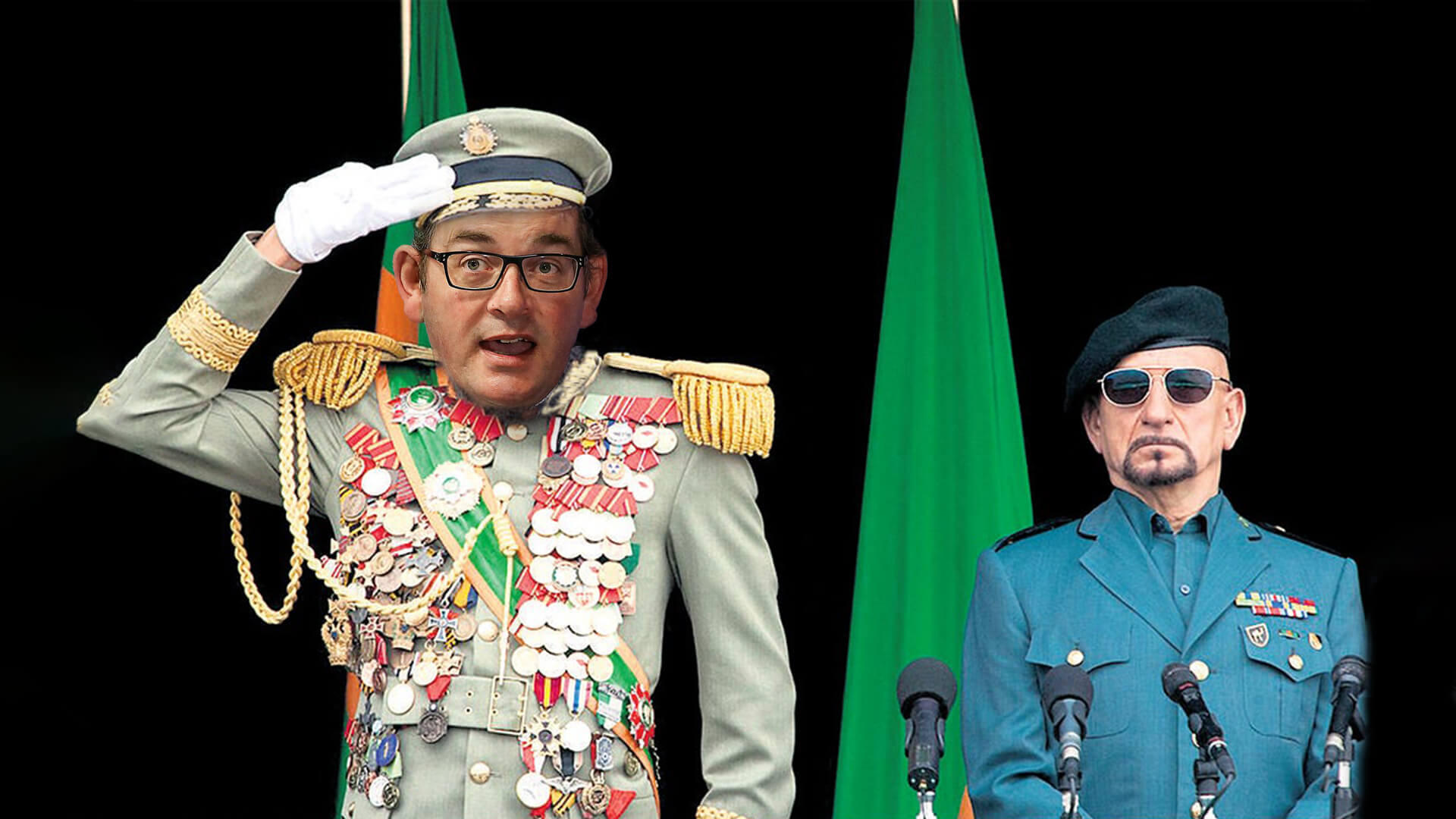 If you already thought Victorian Premier Dan Andrews had already achieved official dictator status, now he has really put pedal to the metal.

Before the Victorian Parliament this week is an omnibus bill of pure evil:  COVID-19 Omnibus (Emergency Measures) and Other Acts Amendment Bill 2020.

Andrews already has a state of disaster in place in Victoria as well as an extended state of emergency … And he’s after yet more unchallenged power.

To be clear, this omnibus bill is the most overt attack on democracy, on civil liberties, in the history of Australia.

In it, the Andrews government gives powers that go beyond the powers of many police to a class of person known as “designated authorised officers”.  There will no limit to their numbers.

These ‘officers’, as well as police, are given the power to arrest people who have not even committed an offence but who may be ‘likely to refuse to follow a direction.

As the bill is written, anyone could be arrested on that pretext.

In the words of Robert Gottliebsen, columnist for The Australian: “We saw these sort powers in pre-war Germany.”

But most terrifying of all, the omnibus bill gives the Victorian government the power to take away the children of people who oppose Andrews’ lockdown curfew.

The bill gives the courts the power to remove children from their parents and put them into “out of home care” for up to 30 months.  And as our court system isn’t cheap, those “likely to offend” may not see their children for 30 months.

Are we still in Australia?!

And get this: at a time when Victoria is now recording just a handful of cases each day, the proposed bill is going to be in operation for 12 months from the date of passing.

Has Dictator Dan lost his mind?  Has the Victorian government lost their collective marbles?

Before you pass this off as pure madness going nowhere, you need to realise the bill has already made it through the lower house.

Not only this, but Gottliebsen says it is likely to pass in the upper house because the crossbenchers “have done deals that promote their particular causes.”

Remember anyone selected by a public servant who carries the title of secretary of the relevant department can be one of these “designated authorised officers”.

As Gottliebsen illustrates: “All sorts of agendas are possible. For example, theoretically union officials could be handed the incredibly powerful industrial relations weapon of being able to detain any employer whom they classed as ‘likely’ to offend.”

Thankfully, not everyone is asleep at the wheel while our democracy suffers this unprecedented mauling.

Their to-the-point open letter calling on the state parliament to oppose the legislation finishes simply:

Authorising citizens to detain their fellow citizens on the basis of a belief that the detained person is unlikely to comply with emergency directions by the ‘authorised’ citizens is unprecedented, excessive and open to abuse.

We call on the Legislative Council to amend the bill, or to vote against it.

The two writers of the letter said in a statement that while it was necessary for the government to have powers to “control the spread”, “it is no less important to respect principles of democracy and the rule of law. Authorising citizens to detain one another on the basis of a belief as to likely future action is difficult to reconcile with those principles.”

Hear jolly hear.  This is Australia.  Not war-time Germany.

The question remains – if Dan’s plan is working, why does he need the totalitarian omnibus?

Which provokes the question …  Is Dan’s plan the totalitarian omnibus?