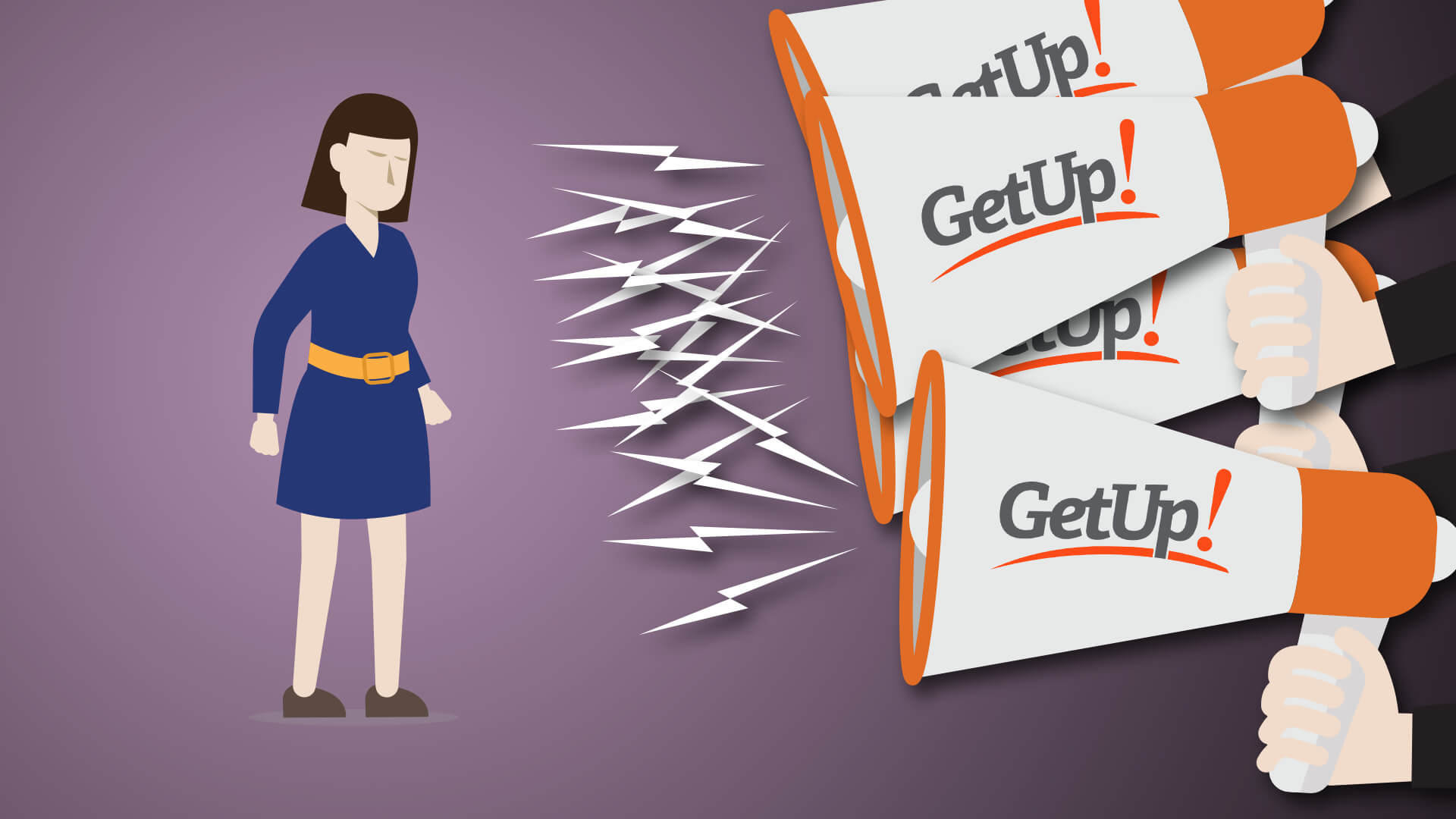 “GetUp supported his Facebook page, reposted his posts, including those which were the fruit of his stalking, and posted my colleague’s location in real time, encouraging others to confront her.

“They didn’t even ban him from the site when they knew a stalking order [from Police] had been issued.”

Senator Stoker said GetUp had used the tactics in other seats – against Georgina Downer in Mayo, Peter Dutton in Dickson, Greg Hunt in Flinders and Dave Sharma in Wentworth.

“It’s relentless harassment and intimidation designed to psychologically crush and scar the target,” she said.

“And it’s wrong, yet Getup trains and directs people to do it.”

“We can’t turn our back and ignore this abhorrent conduct, pretending it’s fair game in politics.”

GetUp national director Paul Oosting tried to fob off the Senator’s speech, saying he’d been too busy to listen to it but “it seems the senator is repeating mistruths reported by the Murdoch media”.

We understand you’re under pressure for spending 70 per cent of your campaign donations on staff salaries amongst other things, Paul, but you’re going to have to come up with a better line than that.

Meanwhile pressure is mounting on the Australian Electoral Commission to declare GetUp to be what everyone knows them to be – an associated entity of Labor and the Greens.