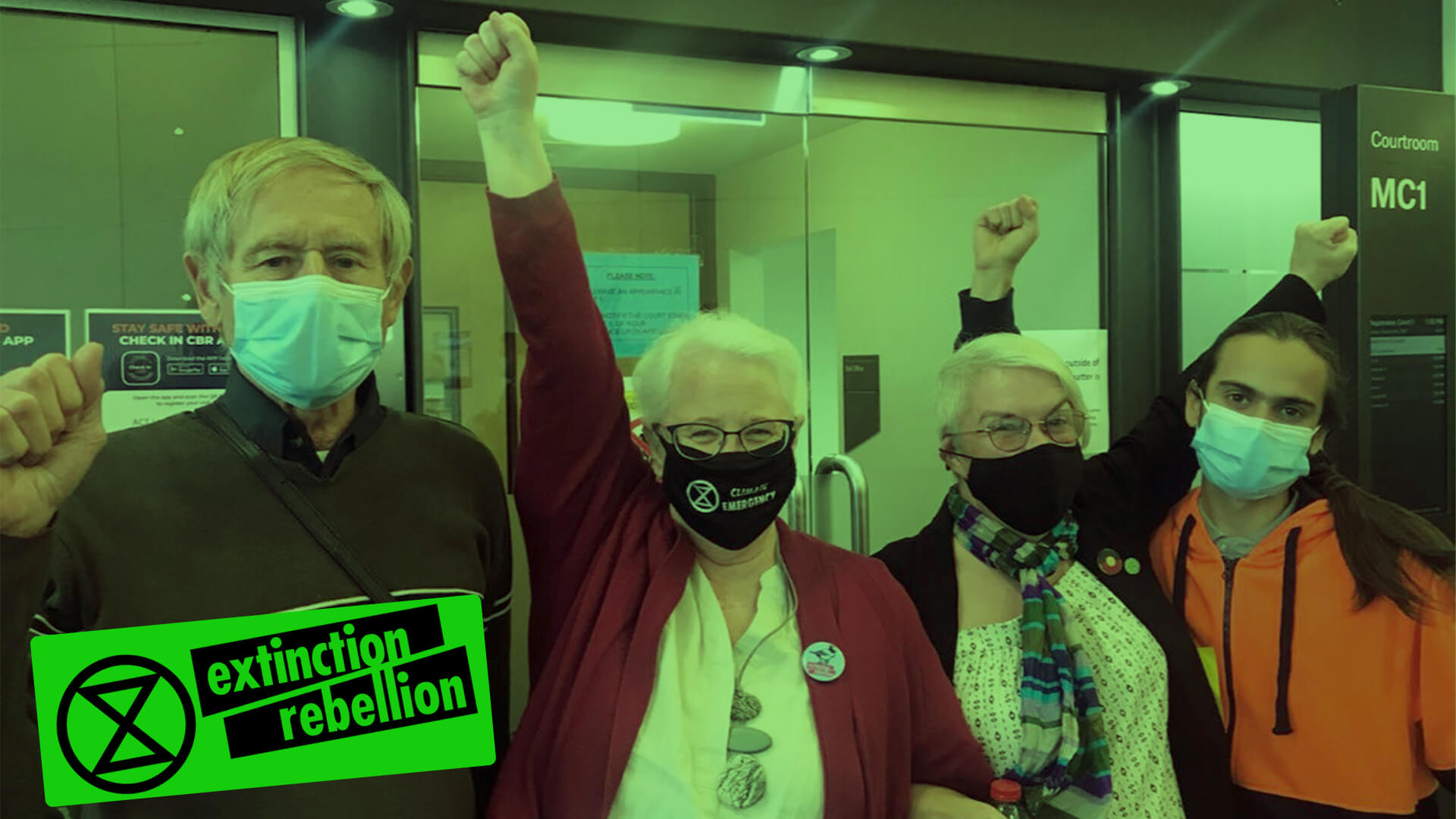 Meanwhile, four Extinction Rebellion protestors who vandalised Parliament and the PM’s residence have been handed a $20 penalty from an ACT Magistrate.

It’s not even a slap on the wrist.

This is an absolute disgrace and to borrow the words of one of the protestors Andrew George, “with two $20 fines the magistrate sent me a clear message — keep going”.

Thanks a lot, Canberra! 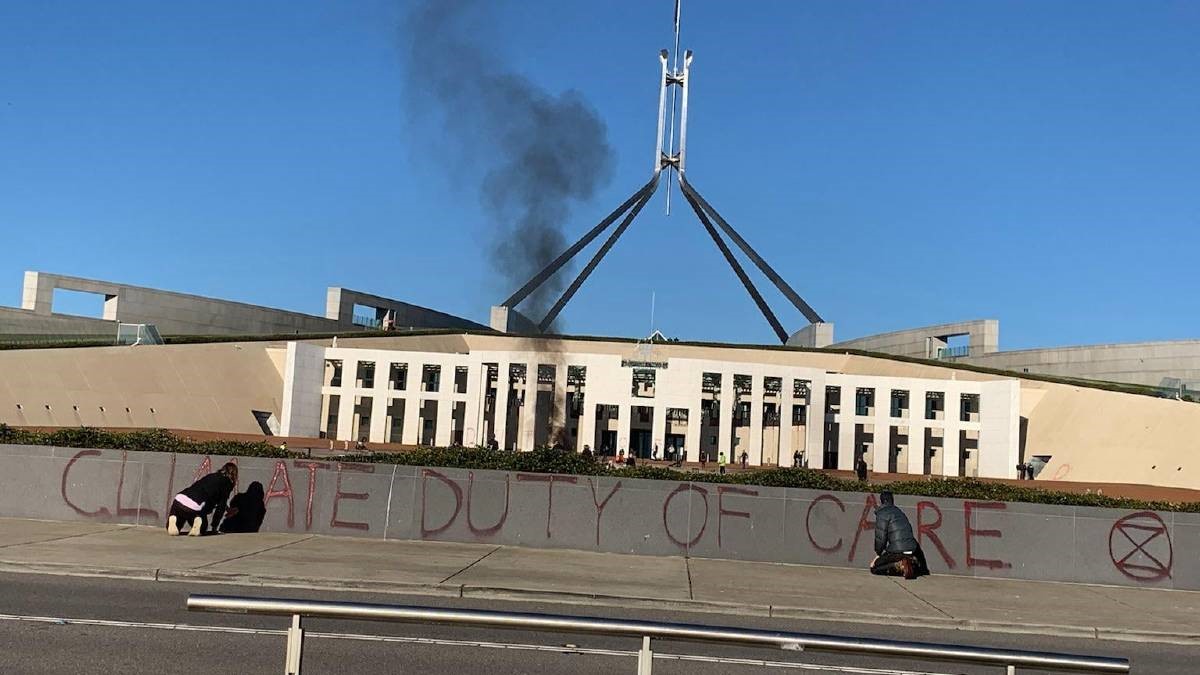 As if the nation’s public servant capital hasn’t already done enough damage to this country, one of its judges is now encouraging vandalism in the name of pressuring the Morrison government to go down the path of net zero emissions and rapid decarbonisation.

This is the exact opposite of the message our legal system should be sending.

Protestors have no right to spray paint or set fire to prams on and/or outside any private property, let alone those owned by the Australian people.

They have no right to think they can usurp the democratic mandate the Prime Minister was given to reject Labor-Greens calls for a net zero emissions target, carbon tax and emissions trading scheme.

Most of all, they have no right to think they can continue getting away with this rubbish with nothing but a tiny fine that’ll cost them less than a six pack of their favourite vegan Byron Bay brewed pale ale.

As the Prime Minister said, “the Australian way is not what we have seen with the vandalism in our capital”.

“I don’t associate in any way, shape or form that foolishness with the good-hearted nature of Australians who care deeply about this issue, as I do.”

Good on you, ScoMo – neither do we.

There is absolutely nothing wrong with caring for the environment – even if it entails promoting misguided, economy-destroying decarbonisation policies – but there’s a right way and a wrong way to go about it in a civil, liberal democracy like Australia…

In other – but related – news, Advance has come across another very recent instance of our judges getting it wrong when fining people for vandalism.

According to Seven News, one of the young, intoxicated young men who vandalised the Martin Place cenotaph earlier this year – Joel Kemp – was “convicted and fined $450” not for disrespecting our fallen soldiers and veterans, but “for urinating on a tree near the cenotaph”. 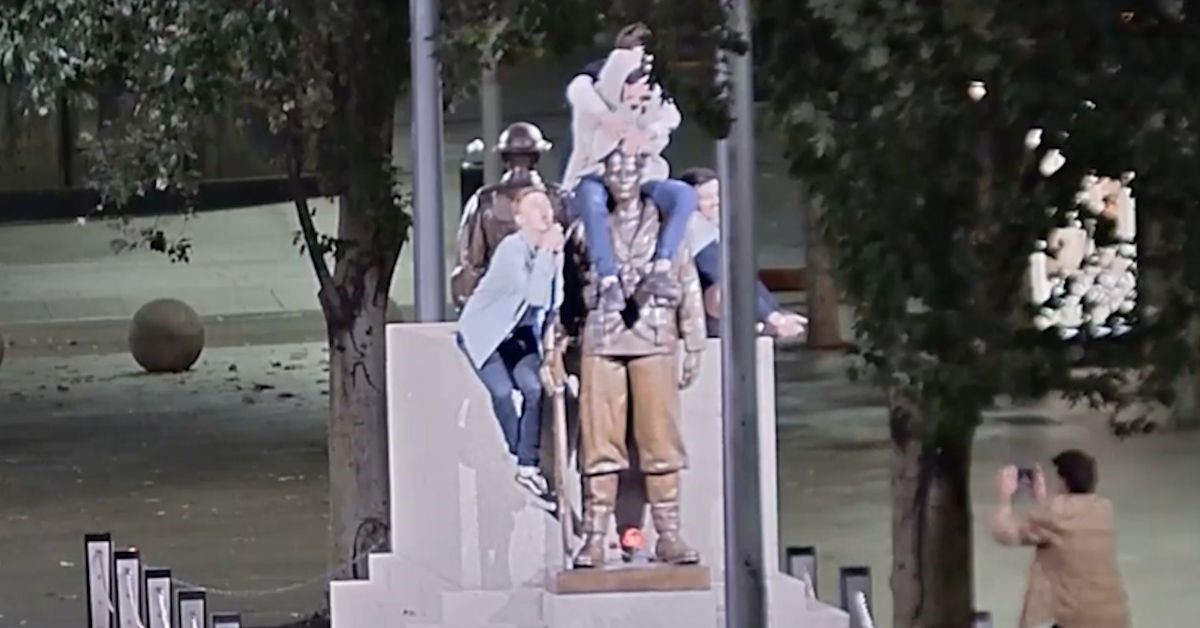 Young, drunk 21-year-olds who think it’s a good idea to vandalise a monument dedicated to those who gave their lives for this country in the fight against fascism, communism and Islamic extremism, only get in trouble for taking a whiz on a nearby tree.

Advance is sure the tree-huggers at Extinction Rebellion are very happy with this news and have no gripes with the young vandals apart from their inappropriate tampering with a tree.

Afterall, considering Greens leader Adam Bandt called Major General turned Senator Jim Molan a “coward” and “war criminal” in Parliament, we’re sure the climate protestors aren’t losing sleep over the 419 veterans who committed suicide between 2001-17 and the 5800 veterans who are sleeping rough every night.

What an absolute clown show this country is slowly becoming…