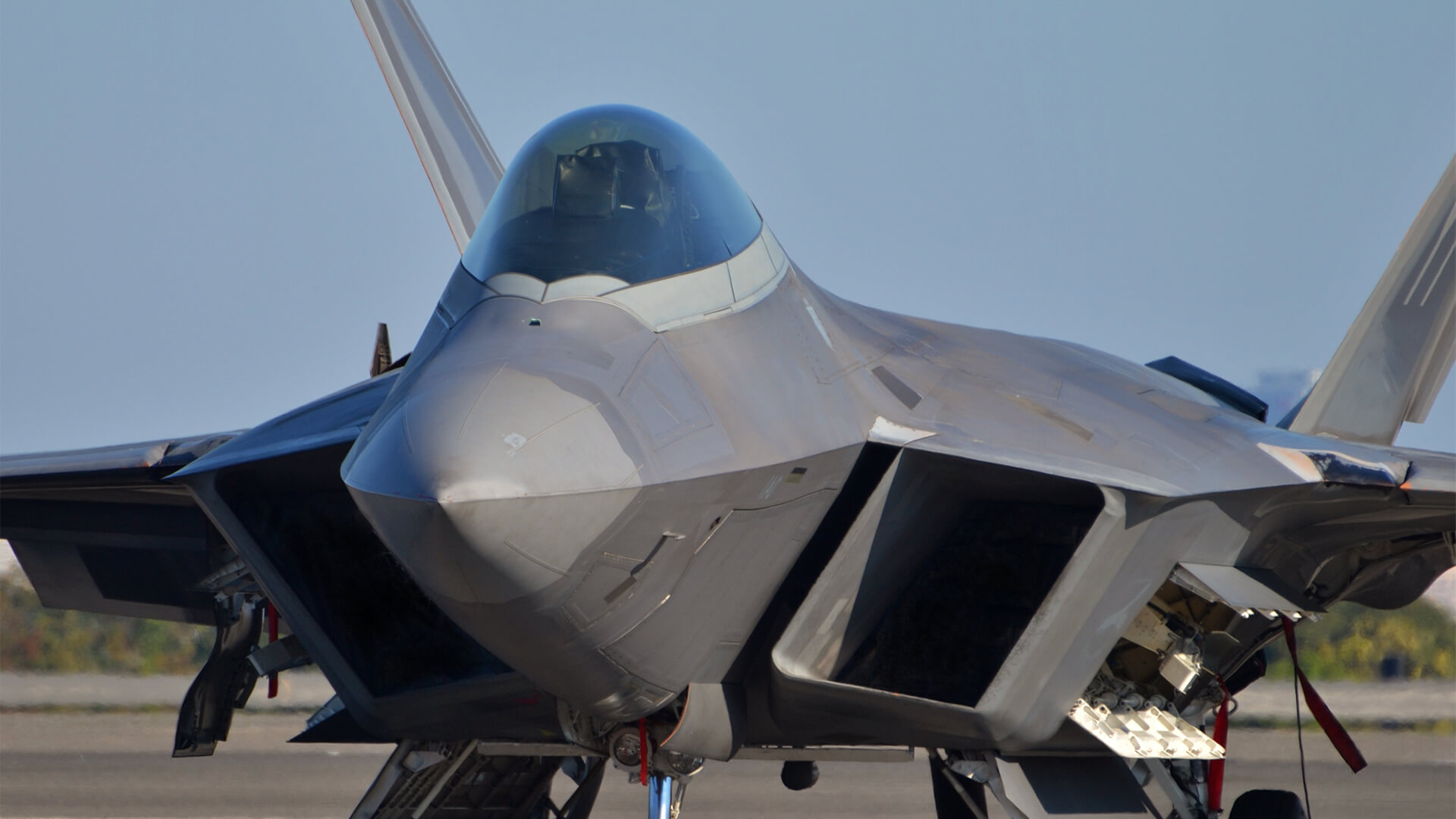 Like Advance and its tens of thousands of supporters, Xi Jinping and his mates know Australia hasn’t got the sufficient defence capabilities required to defend ourselves from a northern threat.

Just look at our Air Force.

As far back as 2002, Australia put all its cards in the F-35 Joint Striker basket.

Now after 33 of the F-35s have entered into service, it’s announced the aircraft’s forecast flying hours have been slashed by 36 per cent, after the US Air Force said they should only be flown infrequently due to engine-wear problems.

The C-27J Spartan — a new battlefield lifter added to Defence’s project watchlist because of problems with its electronic protection system — has had its flying hours cut by 55 per cent.

This is an embarrassment to Australia and a gross disservice to Australian taxpayers who’ll be burdened by the cost of such blunders for generations to come.

Although, US Air Force Chief of Staff Charles Brown tried to downplay concerns about the reduced flying hours of the F-35 by saying “you don’t drive your Ferrari to work every day, you only drive it on Sundays,” his comparison is unfair.

As made clear by Robert Gottliebsen this week, the F-35 is nowhere near the Ferrari of the skies.

Well while it’s true the F-35 has world-leading avionics technology, it lags grossly behind its Chinese and Russian competitors in terms of speed and altitude capabilities

For example, the F-35 can only operate at military combat levels of around 35,000 feet, and if using its afterburners can only get above 50,000 feet for a short period of time until it runs out of fuel.

Even worse is how the F-22 has been out of product for a decade, with not one based in Australia.

To make the seriousness of all this even clearer, Gottliebsen gave readers a scenario:

“A convoy of Russian Sukhoi or Chinese Chengdu aircraft head to Australia (they might have been sold to another nation) with the intent of bombing Darwin, the Tindal airbase and other targets in our north.

“The F-35 and its software might have sufficient capability to avoid destruction from the aircraft flying above.

“But the JSF/F-35 has a limited range and relies on support from the aerial refueller tankers and the E-7A Wedgetail aircraft.

“The Sukhoi or Chengdu aircraft flying above 50,000 feet can destroy the support aircraft below. “That leaves the JSF exposed because it needs regular mid-air refuelling.” 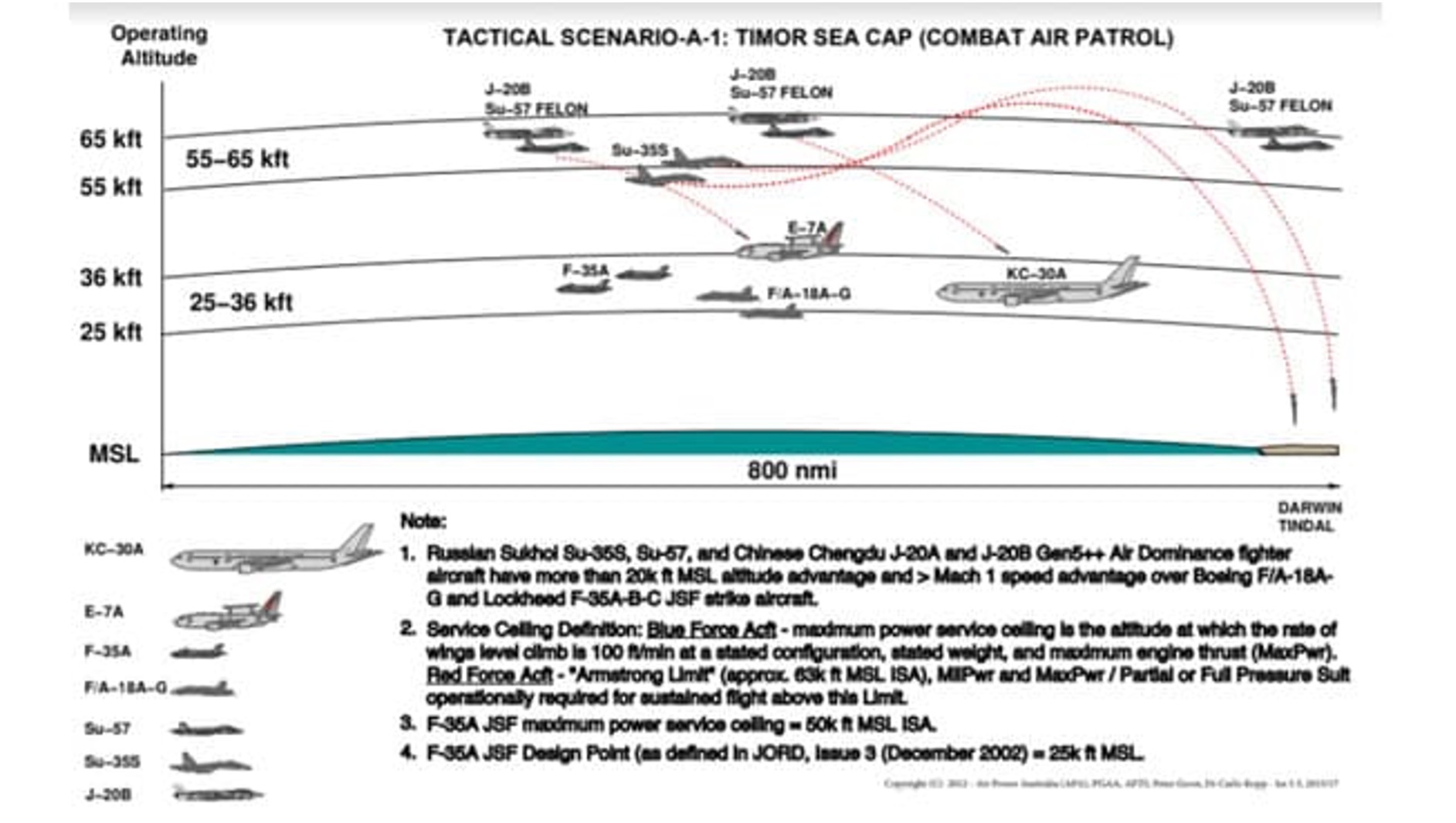 Hence why we need our top ministerial talent to convince the US to upgrade the F-22 and sell them to Australia, according to Gottliebsen.

He even hints at the need to clear out the bureaucracy in the Department of Defence:

“Their reply indicated they did not understand the ability of the Chinese and Russian aircraft to fly above 50,000 feet.

“It is possible that, along with the ministers, they did not know what was in the top-secret document.

So does Advance Australia, Mr Gottliebsen…