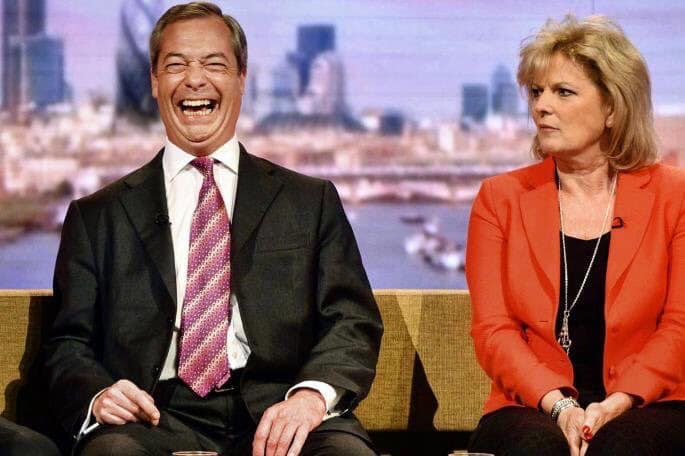 If beleaguered mainstream Australians ever feel there’s little hope against our PC overlords, they should watch Nigel Farage’s goodbye speech to the European Union Parliament.

Farage is living proof that, with courage and persistence, you can stick it to the left and you can win.

Farage’s speech was sweet vindication.  The EU had done everything within its power to frustrate the clearly-expressed will of the British people.

“You are very good at making people vote again,” he thundered, in reference to the fact that the EU made member countries keep voting for its anti-democratic constitution despite many of them rejecting it via referendums.

“What we have proved is that Britain is too big to bully – thank goodness.”

Then he went for the EU’s jugular.

"There is a historic battle going on now across the West, in Europe, America, and elsewhere.

“It is globalism versus populism.  And you may loathe populism, but I’ll tell you a funny thing: it's becoming very popular," he said to raucous laughter from his fellow Brexiteers gathered around him in the near-empty EU chamber.

Farage wrote in Newsweek that Brexit was “a grassroots rebellion that just 10 years ago was opposed by almost all of Britain's political and media class.”

Mainstream people in Europe, America and Australia are waking up and pushing back on lefty elites.

Farage’s speech came to an abrupt end when the speaker turned off his microphone and ordered Farage and his fellow Brexiteers out of the chamber for producing and waving miniature Union Jack flags.

The EU hates the idea of independent nations – hence their dislike for flags: arguably the ultimate symbol of state sovereignty.

And so Farage and his team gleefully left the EU chamber…  Forever.

The elites have lost a fight that goes straight to the heart of their globalist socialist agenda.

They will think twice before treating the will of the people with such contempt again.

This is not a time for mainstream Australians to shrink back.

If a man, now 55, can spend 27 years of his life taking the fight to the British media, the political elites, the establishment, and win…  How much more can mainstream Australians achieve by banding together?