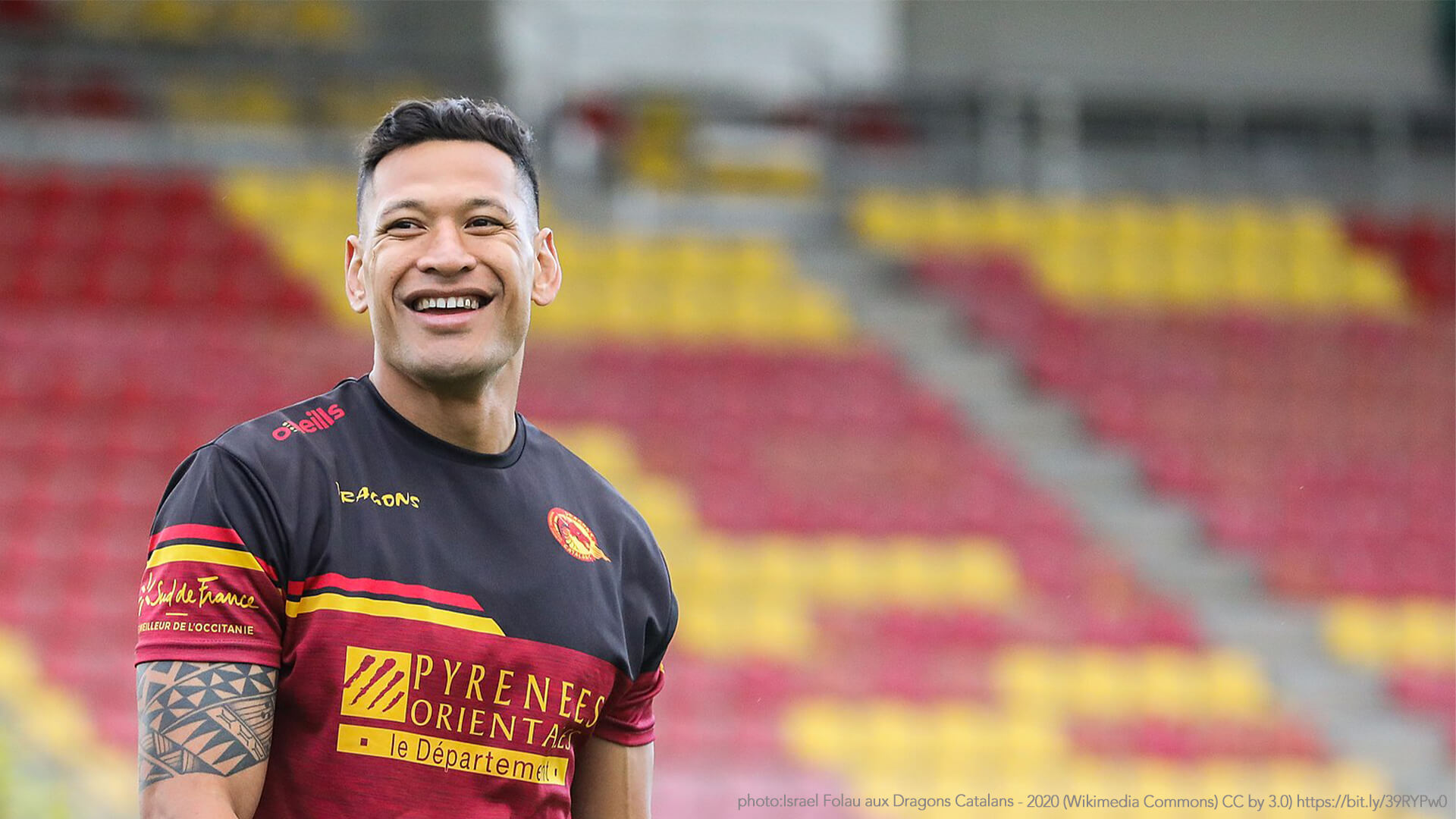 It’s all the rage among sporting competitions world-wide these days:  paying tribute to the Black Lives Matter [BLM] movement before kick-off.

Since returning to action post Wuhan virus, the NBA, Premier League and AFL are all doing it.

For years ‘Welcome to country’ has been growing more commonplace at meetings, parliaments and openings of envelopes across Australia.

Now we can’t even play footy without performing the obligatory virtue-signal.

But thankfully not everyone is mindlessly capitulating to the BLM mob.

Lefty rag The Guardian described it as “one notable moment before a ball had been kicked which threatened to overshadow the day rugby league had waited 140 days to celebrate”.

We describe it as a flaming legend respectfully standing by his own convictions.

By way of saluting BLM, all recent Premier League football matches have seen players take a knee before kick-off – a move Super League said they wanted to replicate.

But as every other player on both teams dropped to one knee like lemmings to pay homage to the Marxist movement on Sunday, former Wallabies player Israel Folau remained standing.

Of course this caused a lefty meltdown on social media as haters around the world took to Facebook and Twitter to vent their abject hatred for the man refusing to bow to their new world order.

Folau stymies the BLM crew.  He’s Polynesian, so they can’t paint him with their usual ‘CLEARLY THIS GUY SUPPORTS RACIAL INEQUALITY’ brush just because he didn't take a knee.

To quote a tweet of the ever witty The Hon. Mark Latham MLC:

“Lefties: We must celebrate diversity in society.

“Lefties: How bad is Israel Folau for not being into conformity.”

Of course Folau is no stranger to the ire of the left.  Super Rugby's all-time leading tryscorer would still be playing for our very own Wallabies if he hadn’t been fired last year for expressing his personal religious beliefs on his personal Instagram account.

But in a breath-takingly rare and refreshing display of respect for the feelings and thoughts of others, Folau’s coach Steve McNamara was totally chill with Folau’s decision.

‘‘As a club we are completely against racism and all for equal opportunity,’’ McNamara said.

‘‘But there were some players and staff who made the decision not to take the knee, that was based on personal choice and we decided we would respect anyone’s personal choice on the matter.’’

But of course the left just couldn’t take it.

“The fact the only man who took that decision was Israel Folau meant it cast a shadow over rugby” The Guardian griped, insisting it somehow ruined everything for everyone.

“… the image of him stood upright while others knelt was striking, irrespective of his right to do so.”

At least they acknowledged he does have a right to do so – that’s a big step for the left.

Also last weekend Orlando Magic's Jonathan Isaac, a black player, was the first NBA player not to bow the knee to BLM.

"….I didn’t feel like putting that shirt on and kneeling went hand in hand in supporting Black lives, or that it made me support Black lives or not," explained Isaac, effectively calling out the useless gesture for what it is.

We’re all old enough to remember a time when players could just play instead of being forced into political protest or, by not participating in said protest, forced into making a political statement.

Now even our sport is dominated the left’s deeply divisive identity politics.  Folau standing – not the game itself – made headlines around the world.

In the words of sports reporter Phil Lutton:

There stands a chance that those who take a knee or raise a hand [to BLM] would be lauded as heroes, while those who prefer to support their causes in more circumspect fashion may be cast as villains. That is a deep injustice in itself.