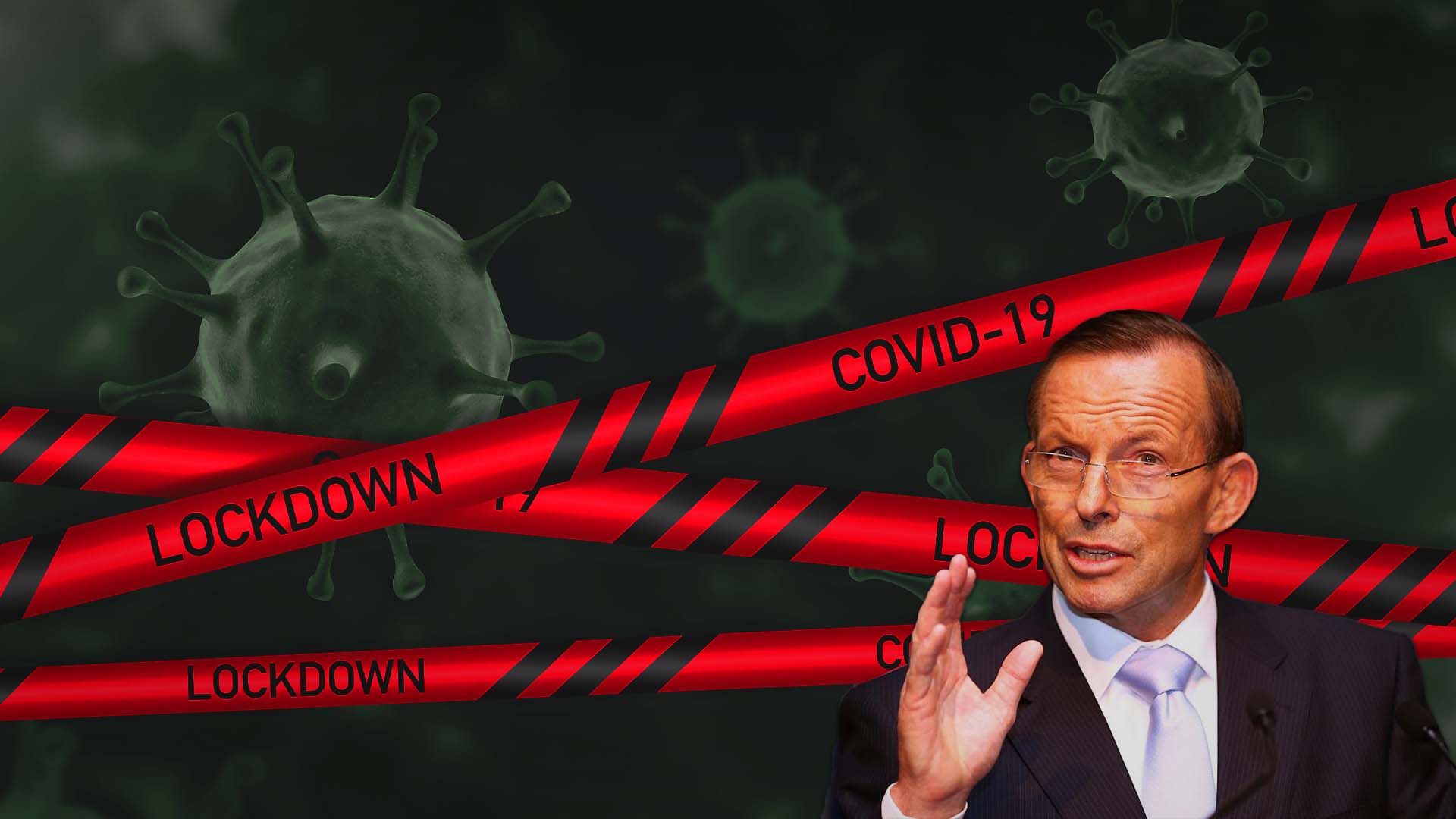 On a podcast with the Menzies Research Centre’s Nick Cater, former Prime Minister Tony Abbott said “one of the many reasons why I’ve never been comfortable with the lockdown mindset is that it's contrary to human nature to want to be passive as opposed to active in the face of a challenge”.

“There’s something odd about leadership which is almost manically busy telling everyone else that you’ve got to do absolutely nothing; that we save the world by lying on our couch rather than by rolling up our sleeves and doing what needs to be done,” he said.

“This is why I think it’s been a very spirit sapping year or so during this pandemic.”

In New South Wales alone, thousands of small businesses including shops, cafes, restaurants, bars and workers in construction are on the verge of bankruptcy with Gladys Berejiklian’s lockdown costing them an eye-watering $1 billion a week.

Generations of Australians (many of whom haven’t even been born yet) will be burdened by the trillion-dollar public debt created by our politicians to “keep us safe”.

And even worse, our politicians and public servants tell us “we’re all in this together” while being paid record amounts in taxpayer-funded jobs that are totally unaffected by the very lockdowns they impose.

As Treasurer of New South Wales, Dominic Perrottet said himself, “public servants insulated from the financial consequences of their prescribed lockdowns should feel the financial pain experienced by hard-hit small business and private sector workers during the lockdowns.”

Unlike “several of Mr Perrottet’s senior colleagues who don’t have children…Mr Perrottet has six children and better understands the impact the lockdowns impose on families because of school closures, home learning and mental health challenges,” according to a NSW government source.

Politicians and bureaucrats responsible for the lockdown measures should consider “a pay cut or acknowledge the fact that, ‘we the government are getting full whack we’re getting 100 per cent of our income, you’re not’.”

Sky News broadcaster Alan Jones took it even further, declaring the solution is to “suspend all political salaries until the lockdown ends… the government might listen to bureaucrats, but they don't listen to those who pay their bloated salaries.”

Perrottet, Bouris and Jones are bang on.

For far too long, those who’ve had the least to lose are the ones who’ve had the power to impose lockdowns, take jobs, send businesses broke, drive households into mortgage stress and rack up hundreds of billions in public debt.

It's time our pollies and public servants got a taste of their own medicine.

If the decision-makers don’t get a good dose of “empathy training”, as the ABC would put it, rolling lockdowns may become the norm – a once-last-resort option Australians can no longer afford.