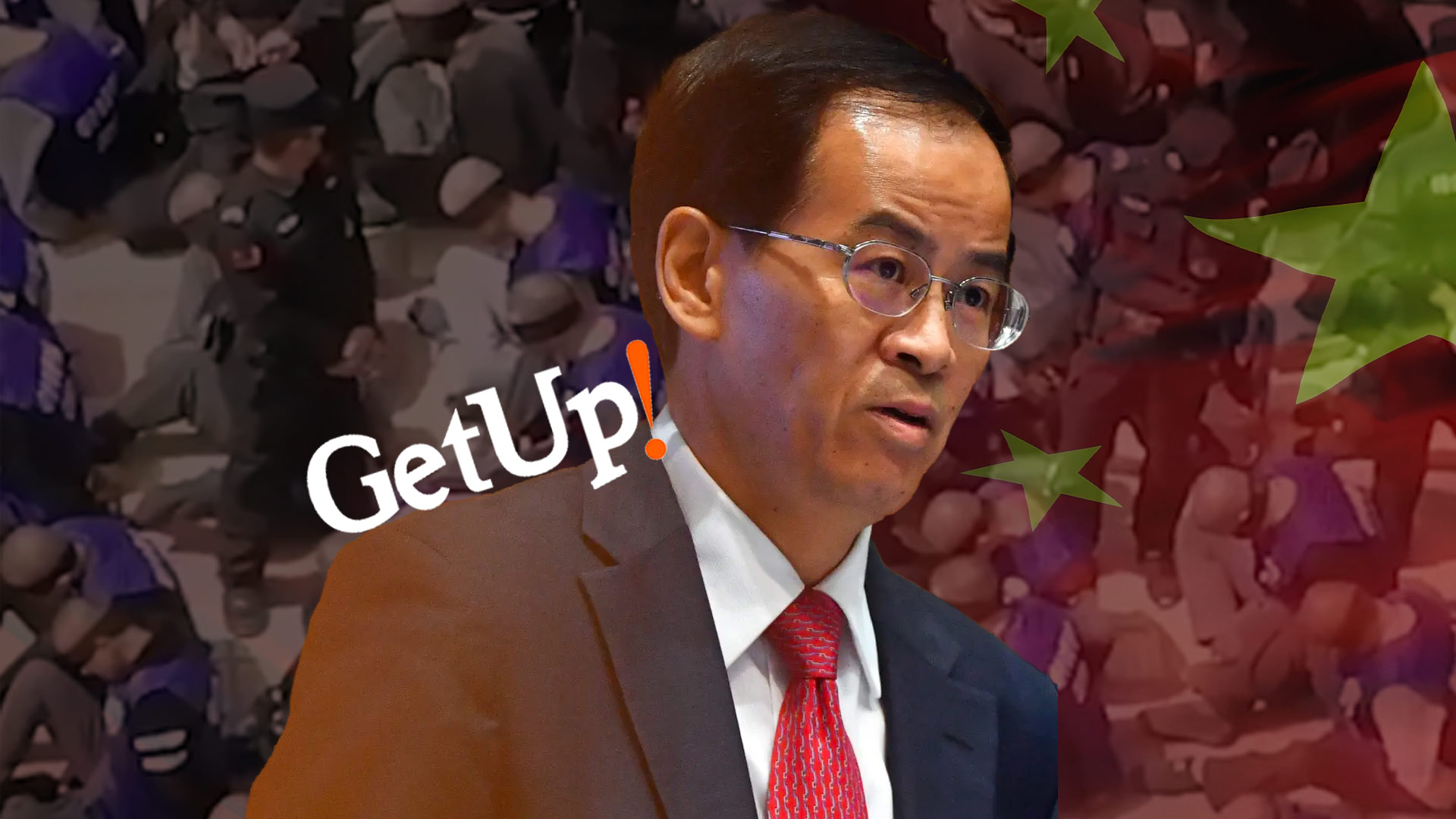 We’ve now heard it all from the Chinese Communist Party.

Taking chutzpah to a level beyond the stratosphere, the CCP regime’s ambassador to Canberra, Cheng Jingye, has labelled a respected Australian Senator a Nazi.

Our country is not the one with the concentration camps for Muslims, organ harvesting from the bodies of political opponents, forcing women to abort their babies and wargaming the invasion of neighbouring countries.

In the course of the inquiry, Senator Abetz has highlighted the CCP’s concentration camps for Uyghur Muslims, which the respected Economist magazine labels a “crime against humanity”.

He has pointed out that Chinese nationals living in Australia are afraid to speak because they know their relatives will be targeted by the CCP’s equivalent of the Gestapo.

For pushing back on CCP interference in our universities, politics and strategic infrastructure sights, Ambassador Jingye accuses Abetz of “Goebbels’ tricks”, referring to Hitler’s propaganda minister.

The supreme irony is that it is Jingye’s CCP under his dictator boss Xi Jinping that has become the master of propaganda to cover up its atrocities and its plans to expand its empire.

The CCP’s ability to lie and get away with it would make Geobbels proud – especially the way the CCP has completely hoodwinked the left in this country.

As noted CCP watcher Clive Hamilton pointed out to the Senate inquiry, the arrogance of Australia’s intellectuals had opened the door for the CCP to march into our universities.

Meanwhile Abetz is making no apologies and hit back at the Ambassador.

“The unattractive belligerent and indeed aggressive tone of His Excellency’s response confirms why so many in the Chinese diaspora live in fear of the Chinese Communist dictatorship even here in Australia,” he said.

Sadly the clueless Left in this country have swallowed the CCP propaganda and have sought to turn the tables back on Abetz, accusing him of “racism” for asking witnesses to the Senator inquiry whether or not they would denounce the CCP.

Calling on witnesses to denounce a regime which runs a gulag for Muslims should is something you would think the Left would applaud Abetz for doing.

But such is their hatred of conservative Senators that they would rather side with an evil foreign regime than with their domestic political foes.

GetUp immediately labelled Senator Abetz a “racist” and started an on-line petition against him, which by the way, only garnered 23,000 signatures despite GetUp boasting a membership north of half a million people.

“No one deserves to be bullied based on their background or what they look like,” GetUp’s petition says.

Tell that to the Muslim women the CCP forcibly sterilise or force to marry Chinese Han men as part of their campaign of ethnic cleansing.

The kids at GetUp are so blinded by their hatred of who we are as a proud Western nation that they will flip morality and truth on its head.

The sooner Australians wake-up to GetUp and the radical Left, the better.

In the meantime, keep pursing the CCP’s ugly tentacles reaching into our nation, Senator.