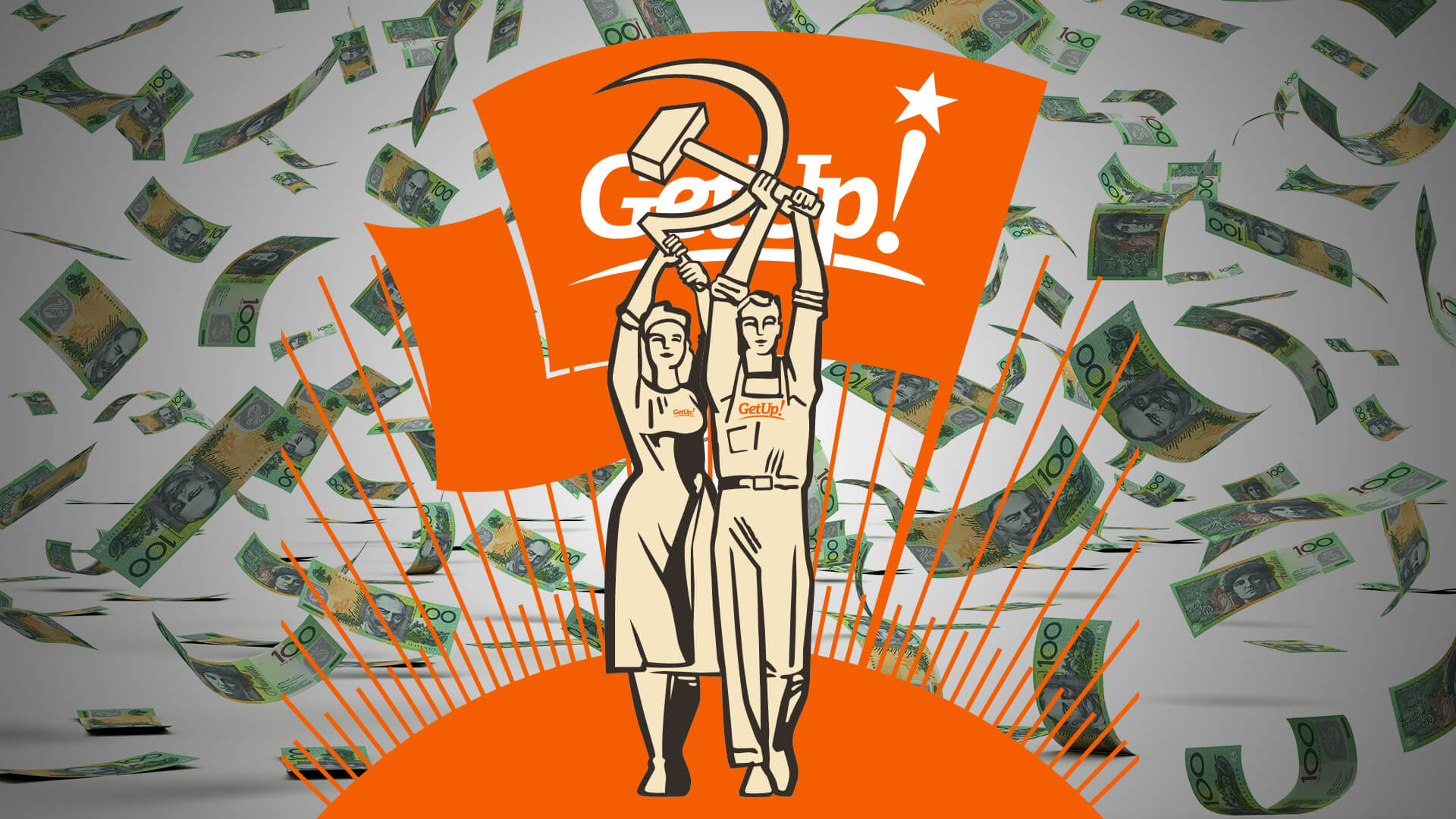 Which is why they’re taking action now to ensure that, once the storm blows over, ScoMo will let them keep everything in their emergency Wuhan virus showbags.

This is awesome news if you believe money grows on trees.

“In recent weeks we've seen progress from this government. We must now do everything in our power to defend that progress – including giving credit where it's due,” Oosting writes.

Progress?  We’ve been forced to trash our economy beyond all recognition – how in heaven’s name is that progress?

Oosting takes a special crack at Advance Australia, the Institute for Public Affairs and journalist Andrew Bolt for wanting to pull our economy out of nosedive mode.

The scale of Morrison's reform agenda has panicked hard-right conservatives. The IPA has called for an immediate snap back to business as usual. Far-right lobby group Advance Australia is fundraising to stop Morrison's ‘left wing agenda’. Andrew Bolt has described Morrison's response as a "drastic over-reaction.

For Pete’s sake, Oosting – these are not reforms – they’re temporary emergency measures our government’s taken during a crisis to save lives and livelihoods.

Also we’ve literally never said Morrison has a left wing agenda, but we’re so chuffed to be named and ‘shamed’ in such a stellar lineup, we’re not even mad.

“The conservative think tanks and journalists fighting back in this historic moment are powerful. And if we don't fight back – hard – they'll be the only voice Morrison will hear as we emerge from this crisis,” says Goliath posing as David.

If enough of us chip in, here's what we can do to make sure these life-changing reforms stay in place, by:

GetUp is serious about seizing their chance to make this welfare state type arrangement last forever.

What GetUp doesn’t tell its members is how on earth all this stuff will be paid for.

Perhaps this latest fundraising email is more about propping up GetUp’s generous salaries than a serious belief that our PM can be bought with a few thank you ads.

In the words of a disgruntled GetUp volunteer who’s clearly accustomed to seeing members’ money wasted, “This is just another cynical GetUp move to bolster their coffers.”