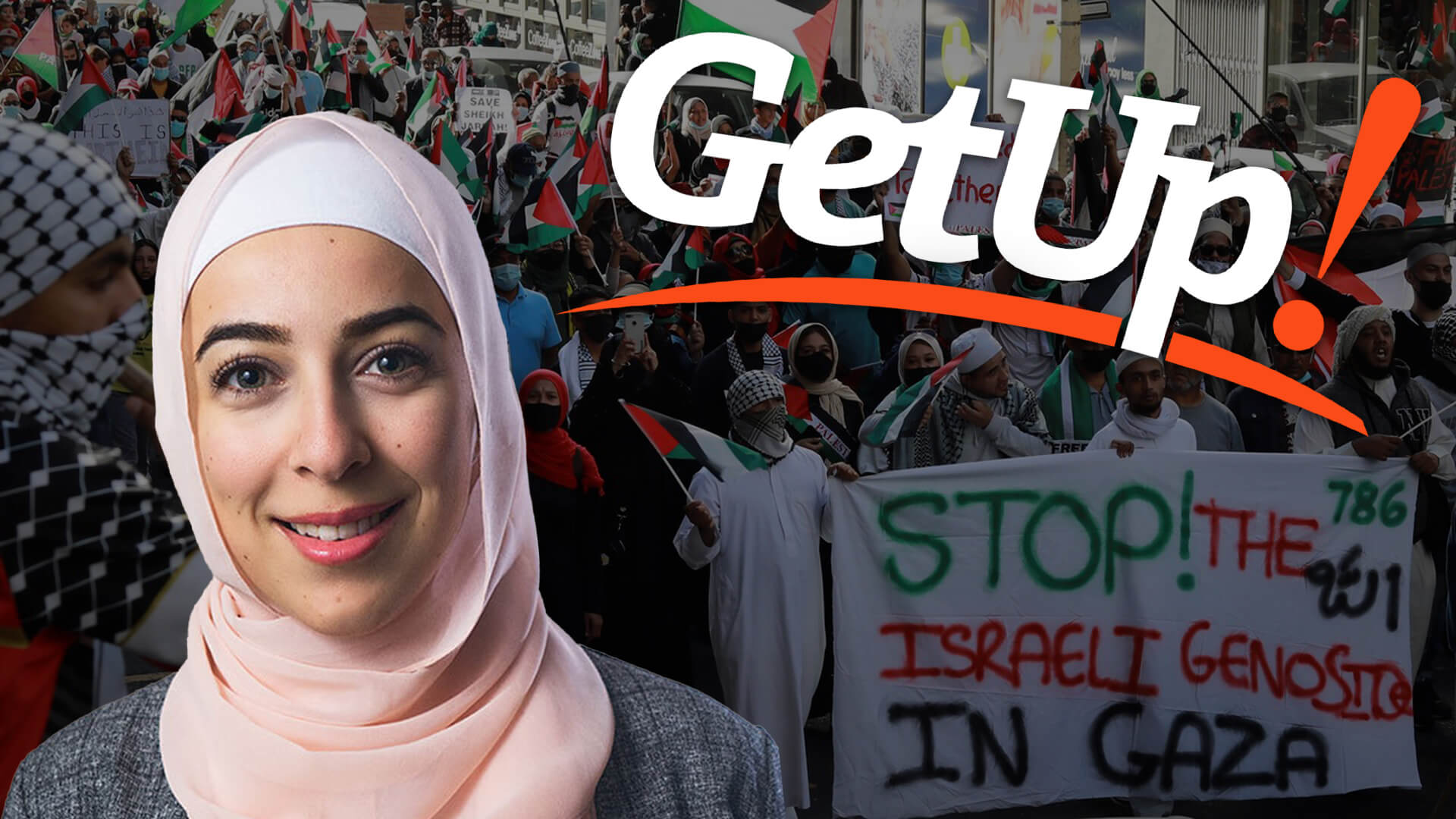 GetUp! have got it wrong again.

Well, GetUp! reckons our “government is involved in arms deals with Israel and supports Israeli businesses involved in the direct expansion of illegal Israeli settlements”.

They even suggested the pro-Palestine protests which have erupted around the world are “reminiscent of invasion day which we commemorate on stolen land every January 26”, “the global Black Lives Matter movement, as well as the struggle here for Indigenous justice and First Nations justice”.

GetUp! should be ashamed of itself.

Australians aren’t “directly involved” or “complicit” in any “Israeli violence against Palestinians”.

Australian taxpayers gave the Palestinian territories $44.1 million last year in foreign aid and has promised another $76 million over the next two.

Australia does far more business and trade with China and Indonesia than Israel – and yet GetUp! never claims Australia is “complicit” or “directly involved” in China’s human rights abuses in Xinjiang and Indonesia’s apartheid system in West Papua.

And as a progressive activist organisation, GetUp! should be extremely concerned about Palestine’s own human rights abuses and understand they’d have zero impact on the decisions of Hamas and Mahmoud Abbas’ opposing Palestinian Authority.

For instance, how can GetUp! – an organisation which was passionately in favour of gay marriage during the 2017 plebiscite – support the Palestinian cause when Hamas executes its own leaders for being homosexual?

How can GetUp! say the Morrison government “has a problem with men” when Hamas banned an annual marathon in Gaza because the United Nations wanted to give women the opportunity to participate?

And who is GetUp! to think Australia can have any impact on the situation in Palestine when Abbas – the leader of the Palestinian Authority in the West Bank – cancelled planned democratic elections with Hamas and the West Bank due to his waning popularity in April?

Who does GetUp! think they are?

Perhaps even more offensive was how GetUp!’s video linked Australia’s “invasion day protests” with the pro-Palestine protests that have erupted around the world.

At the same protest, footage showed hundreds of pro-Palestine protestors chanting: “Jews, remember Khaybar the army of Muhammad is returning” – a reference to the massacre of Jews in the town of Khaybar in 628AD.

One placard even showed a picture of Jesus carrying the cross, with the words: “do not let them do the same thing today again” – a display respected Jewish journalist Benjamin Cohen said made London’s pro-Palestinian protests an “interesting anti-Italian rally” considering “the Romans were occupying the land of Israel/ Judea and caused the execution of a Jew called Jesus”.

Advance utterly rejects calls to cancel Australia Day and to agree Australia was “invaded”. GetUp! is also wrong to suggest there’s a link between the conflict in Palestine and Australia’s Indigenous affairs.

For unlike GetUp!, most Australians don’t think the conflict between Israel and Palestine is just because Israelis are evil colonisers. We don’t believe African Americans go to prison more often just because the police are racist killers. And we certainly don’t believe Indigenous poverty stems just from “oppression”.

These issues are complex, multi-faceted and intertwined with historical, cultural, religious and economic realities; carelessly linking them together in an all-encompassing anti-racist, anti-Western meta-narrative will do nothing to help the most vulnerable at all.

At Advance, we are proud to stand with the Israeli people and the nearly 4000 years of Jewish history linking them to their land, also conveniently overlooked by GetUp!.

And we are proud to condemn the terrorist violence perpetrated by Hamas in the name of the Palestinian people.