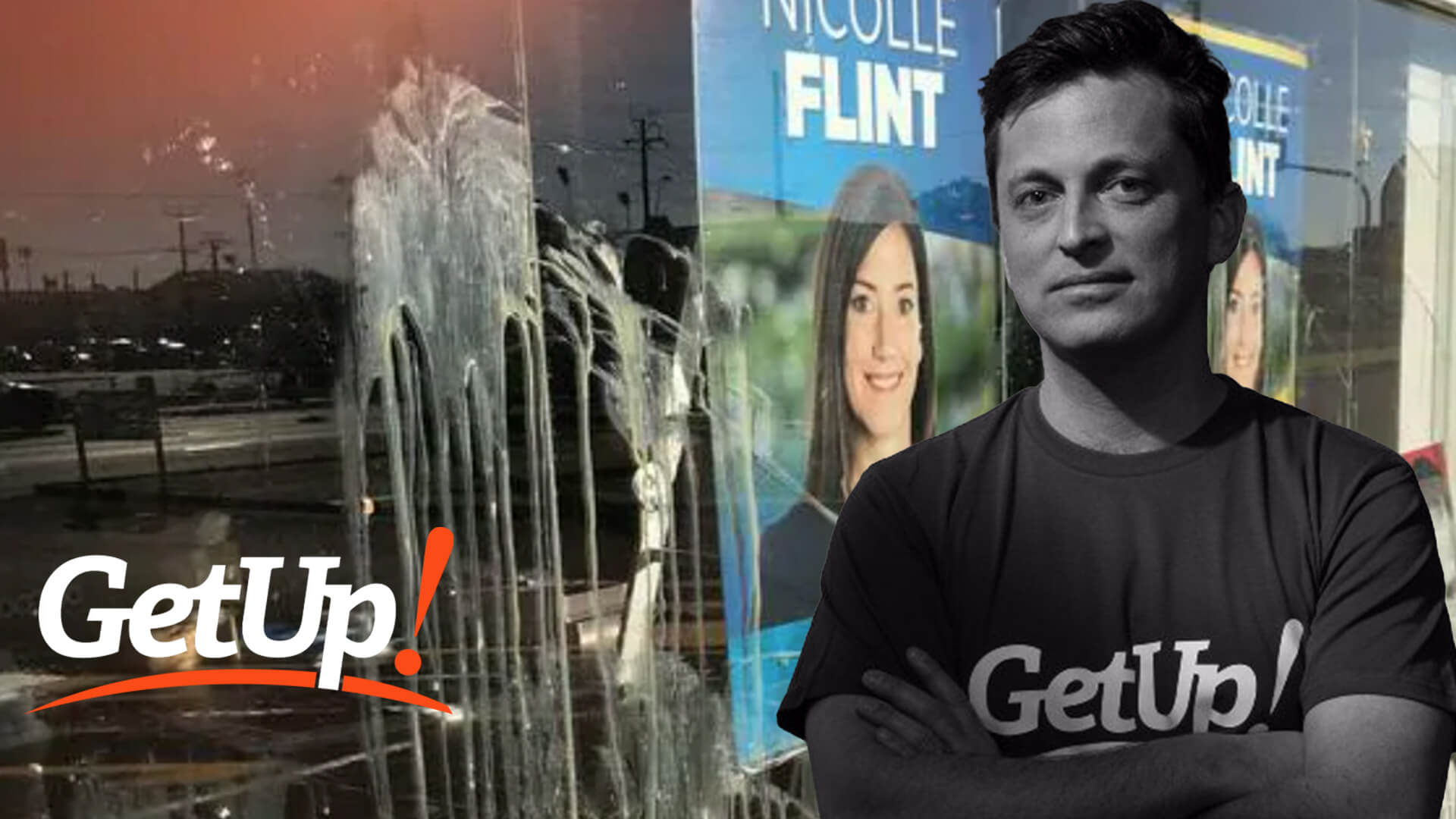 The radical Left’s dirty tactics were in the spotlight yesterday at a Parliamentary hearing in Canberra.

It even told them to follow candidates to their favourite café.

South Australian Liberal MP Nicole Flint has complained that a stalker working “hand-in-glove” with GetUp targeted her, forcing her to lodge complaints with the police.

GetUp deny that the now deceased stalker Dave Walsh was one of theirs. But they don’t deny teaching people the dirty tactics. The how-to manual was on their website.

“Do they have any routines you could use to your advantage? A John Howard-esque exercise schedule or a favourite coffee shop or cafe?” the manual says.

GetUp boss Paul Oosting did admit to sending gatecrashers to disrupt a private fundraising function hosted by Ms Flint during the 2019 election campaign.

But if ordering your troops to follow a woman’s private exercise routine or shadow them at their local café isn’t a bit creepy, what is?

The radical Left are so blinded by their hatred of mainstream Australians and those who seek to represent them in Parliament that they have lost their moral compass.

The Telegraph summarised evidence given yesterday:

A whistleblower GetUp volunteer has also told the inquiry they were instructed to target Liberal political candidates “where security was not tight” and “maximum disruption and embarrassment to the candidate could be caused”.

“This team was being formed for the purpose of deliberately interrupting Liberal political candidates’ visits to local shopping centres, sporting events, parks, childcare centre, kindergartens, aged people homes, and other locations where security was not tight and maximum disruption and embarrassment to the candidate could be caused.

“As well as shirt-fronting the candidate in front of the press and physically blocking the Liberal Party’s candidate’s walk while yelling abuse at the candidate.”

Remember, this is a political campaign outfit that wants to implement radical policies which make electricity expensive and unreliable, supports the violent Marxist Black Lives Matter movement and wants your children taught their gender is fluid in school without your knowledge.

These are policies which mainstream Australians reject at the ballot box. Perhaps that explains why GetUp has to engage in dirty tricks and intimidation to advance its political agenda.