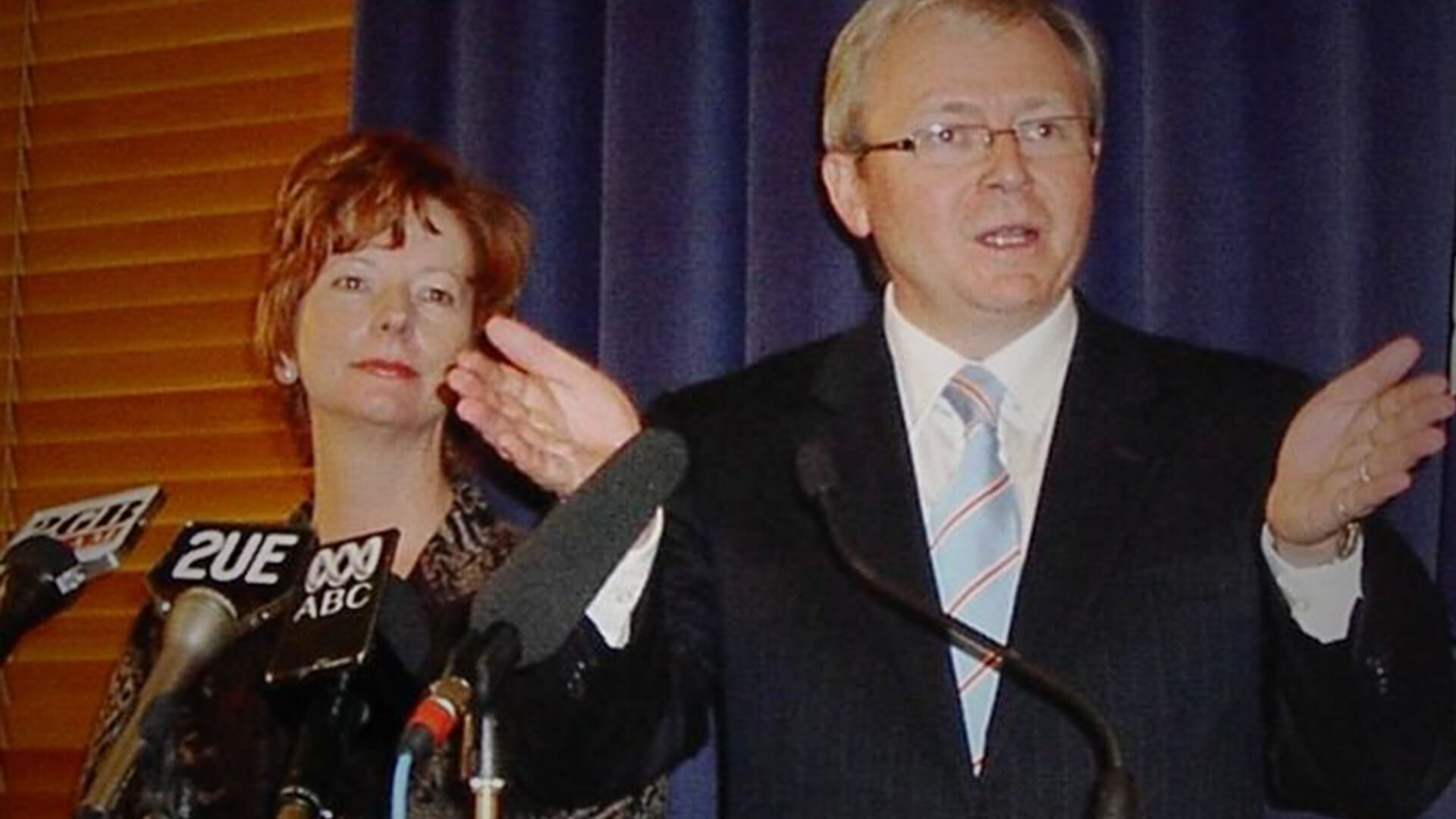 “What has happened to aid under the current conservative government in Australia is deeply to be regretted and is at a low percentage,” she told the Tory Party conference in Manchester.

It’s not surprising the failed PM can’t understand the concept of putting Australians first – even when our farmers are beyond desperate for help.

Our budget was in deficit when her government decided to pour almost $400m a year into Africa in a bid for a seat on the UN Security Council.

“In our time in government, we kept increasing expenditure (on aid) year by year,” she said.

Also during your time in government you gave all our money to The Clinton Foundation, Julia.

Weird she didn’t mention the time she diverted $375m from the aid budget to pay for Labor’s blowout in asylum-seeker processing…  Must’ve skipped her mind.

The former PM used the stage to urge a bipartisan rethink on aid.

But International Development Minister Alex Hawke wasn’t taking any of her lip.

He said the government was delivering an affordable and effective aid program unlike “former Labor leaders who seemed mainly interested in making grandiose aid announcements on the international stage, even though these had to be paid for with borrowed money”.

Pretty sure that’s what they call laying the smack down.

As it happened, Gillard wasn’t the sharpest critic of Australia’s aid spending.

Overseas Development Institute acting chief executive Simon Gill said, “Australia should give more” and was cranky because Australia targets its aid to achieve political objectives rather than focusing solely on poverty.

“My message to Australia is to bump up your money and target it more powerfully,” said Gill.

Not on your life, mate – charity begins at home and our farmers, pensioners and homeless are in desperate need.

That said, we’re no misers – Australia committed $4bn in development assistance in the 2019-20 budget.

But the Morrison government seems to understand something Gillard doesn’t:

It’s not their money.

We pay taxes to aid our own – not to have it packed off overseas on our behalf.

Aussies are a generous lot – plenty of us voluntarily fork out foreign aid on our own dime – but it’s not what our taxes for.

Wonder how much Gillard, on an exorbitant life-long pension, has chipped in for our farmers…