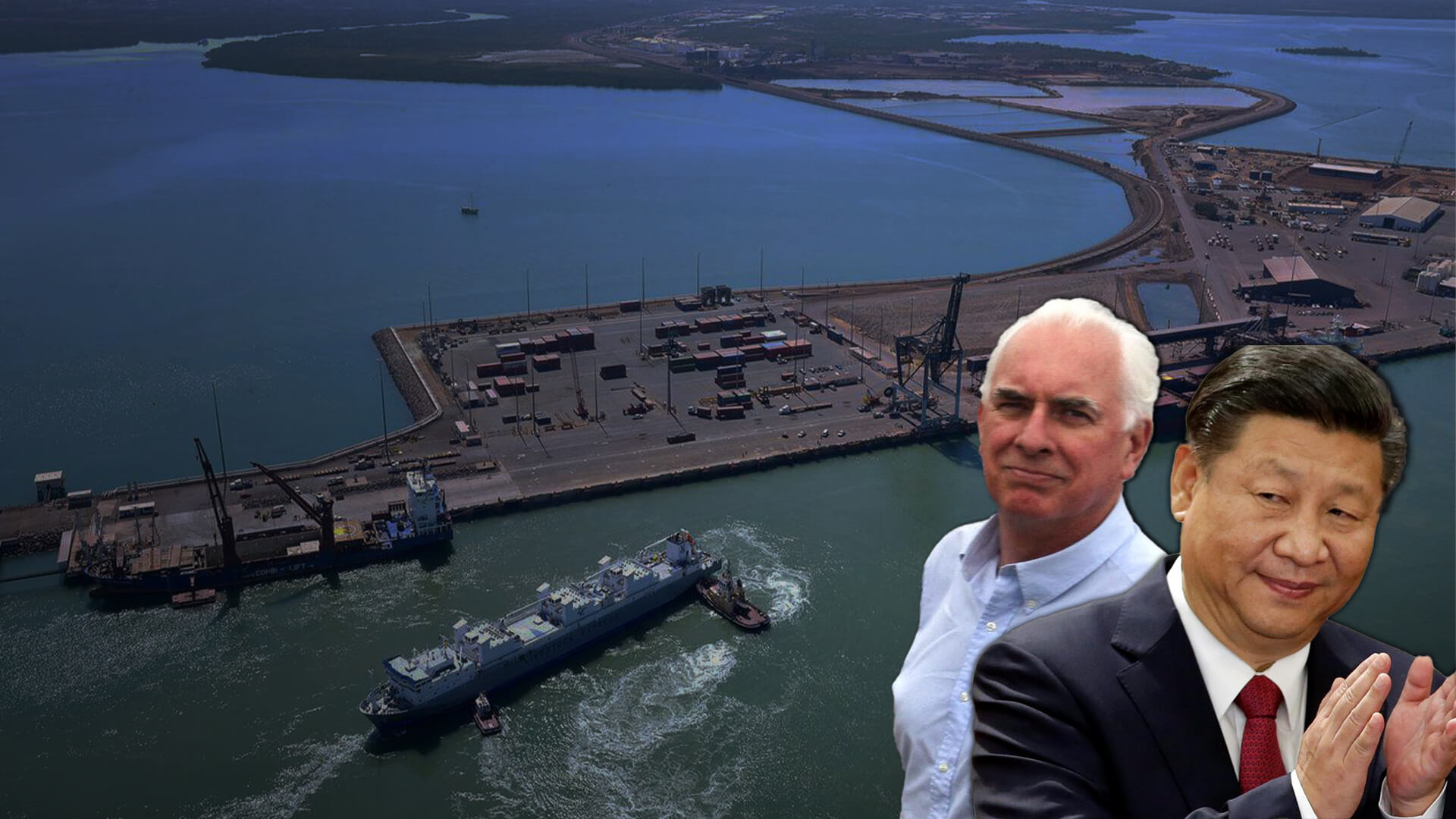 With the vast majority of Australians in support of taking back the Port of Darwin from CCP-controlled company Landbridge, there are still those in the upper echelons of our political and bureaucratic elite who defend the government’s decision to sell it five years ago.

This week, Gough Whitlam’s son, Nicholas - chair of the Port Authority of NSW from 2004 to 2018, former JP Morgan banker and business partner of Malcolm Turnbull - penned an op-ed in The Australian titled “Security not at risk at Darwin port”.

Beginning with the question, “what has changed in the past five years?”, Whitlam’s article attempts to downplay concerns about CCP ownership of northern Australia’s largest deepwater port by saying “no part of Defence had a concern from a security perspective in respect of the sale” in 2015.

There is absolutely no doubt the CCP have become more aggressive in the last five years.

Although one would assume that’d be enough “change” for Mr Whitlam to reconsider his position on CCP ownership of the Port of Darwin, it isn’t.

Instead, Whitlam continues to justify CCP ownership of the Port as “we can take back all of the port in a crisis” and “our navy can enter any Australian port without any permissions and foreign navies cannot enter without government permission”.

This bloke has missed the whole point!

In a corporate video posted in 2018, Landbridge admitted it “follows the One Belt and One Road to the world”, and “will continue to actively respond to the call of the state, take the initiative to undertake major national strategic mechanisms, and always adhere to the national interest”.

As such, it is utterly within one’s right to think Landbridge will use its ownership of the Port to transfer military secrets and intellectual property back to Beijing, especially considering “Chinese law requires all Chinese businesses to assist their intelligence services if asked”.

Afterall, can anyone envisage the CCP allowing a private Australian company to own one of their most strategically located ports?

No serious country goes down the path of foreign ownership of critical maritime assets – especially one which is destined to rely on technologically-obsolete Collins Class submarines until the overpriced, diesel Turnbull/Pyne class submarines finally arrive in 2035...

Finally, Whitlam asserted we shouldn’t lose sleep over the Port of Darwin because the “militarisation of disputed atolls in the South China Sea…has nothing to do with Australia”.

Mr Whitlam, did you ever care to consider our Vietnamese, Indonesian, Filipino, Taiwanese and Singaporean allies?

When Imperial Japan invaded Manchuria in 1937, did Australia foresee two and a half times more bombs would be dropped on Darwin than Pearl Harbour five years later?

Has Whitlam thought about the importance of the South China Sea to our national security considering one-third of global shipping goes through the region and Australia imports 90 per cent of its liquid fuels, fertiliser and medicines?

It appears he hasn’t.