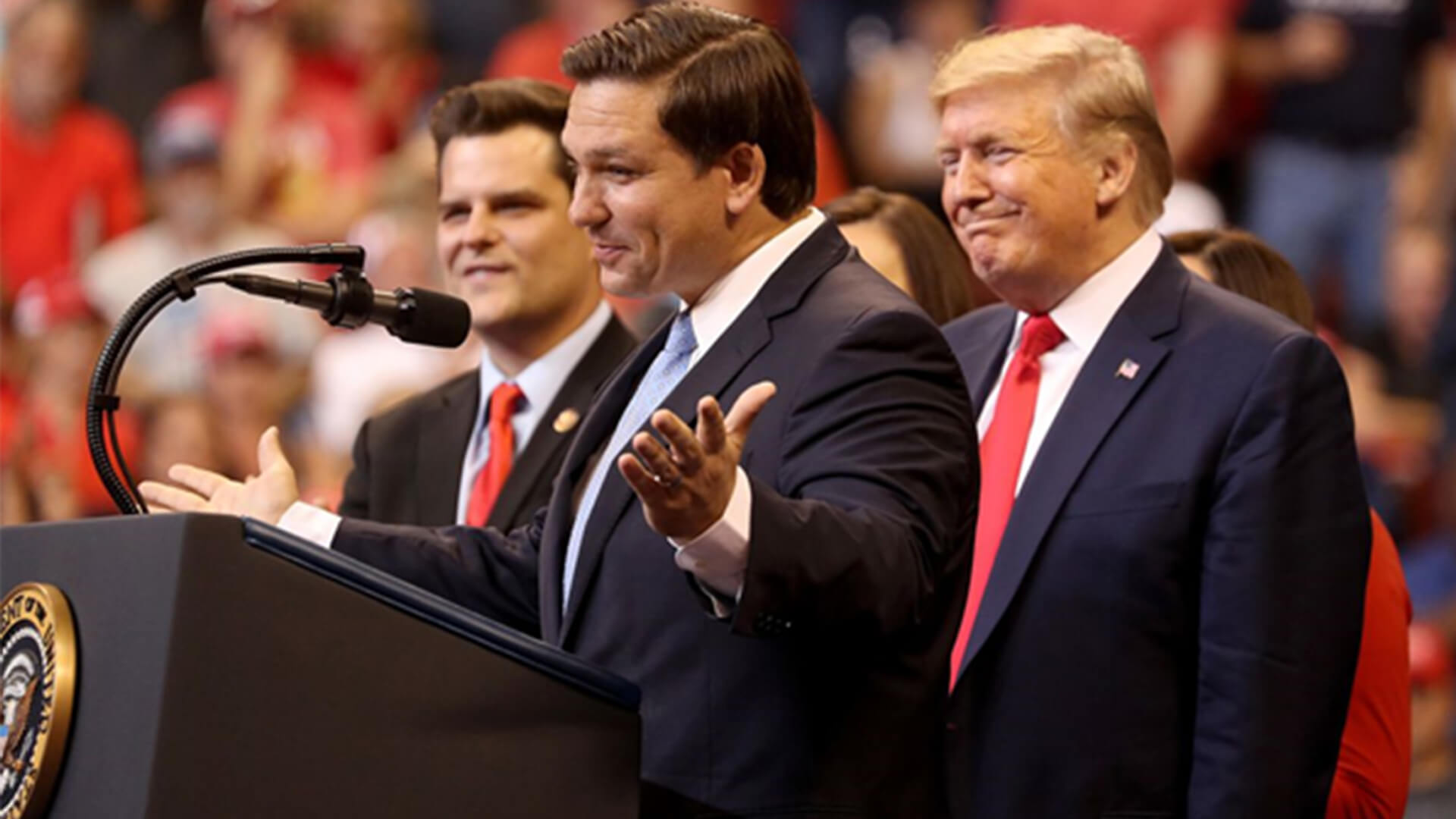 The governor of Florida, America’s third largest state, has slammed Australia’s strict approach to Covid-19 as “dramatically off the rails”, likening us to “communist China”.

Governor Ron DeSantis, a rising star in the Republican Party and close ally of President Donald Trump, said early this morning, “look what’s going on in Australia right now; they’re enforcing, after a year and a half, lockdowns by the military… that’s not a free country at all.”

“Is Australia freer than communist China right now? I don’t know. The fact that’s even a question tells you something’s gone dramatically off the rails… In fact, I wonder why we’d still have the same diplomatic relations when they’re doing that,” he told an audience at a conference in Tampa.

Governor, millions of Australians are wondering the same thing. Politicians and bureaucrats have locked us down at the drop of a hat and haven’t lost a day’s pay during the entire pandemic.

“To even contemplate doing any type of lockdown, honestly it’s insane,” Governor DeSantis said back in March.

“I think that more and more this has become coercive, where people have threatened mandates, firing and business consequences … the more people it alienates,” he said at the time.

When the Democrats blamed climate change for the collapse of a condominium in Miami a few months ago, DeSantis said “what we're not going to do is use this to advance any pre-existing agenda. There's no agenda here.”

“We want the facts, we want the truth, and we want to know what needs to be done to protect other folks that may be living in other types of buildings.”

He has pointed out the gross hypocrisy of the United Nations.

“Understand what happens when you talk about corrupt institutions like the United Nations…When you are singling out the only Jewish state — the only democracy in the Middle East — when you’re applying a separate standard, a double standard, to them, I’m sorry, that is antisemitism,” he concluded.

He has the testicular fortitude to call out the Chinese Communist Party.

“If you look right now, there is no single entity that exercises a more pervasive, nefarious influence across a wide range of American industries and institutions than the Communist Party of China.”

Perhaps even better, DeSantis is willing to stand up for President Trump’s border wall – the frontline of American national security.

According to the Associated Press, “Florida is suing the Biden administration over its immigration policies, while Republican governor Ron DeSantis is barring state agencies from helping with relocating undocumented immigrant[s]”.

“DeSantis’ order authorized the Florida Department of Law Enforcement and the Florida Highway Patrol ‘to detain any aircraft, bus, or other vehicle within the state of Florida reasonably believed to be transporting illegal aliens to Florida from the Southwest Border.’

“He also ordered the agencies to gather information on the identities of any immigrants arriving illegally in Florida from the Mexico border and told state agencies not to spend money assisting those immigrants unless required by law.”

Although sleepy Joe Biden is stuck in the top job for another few years, there certainly is hope.