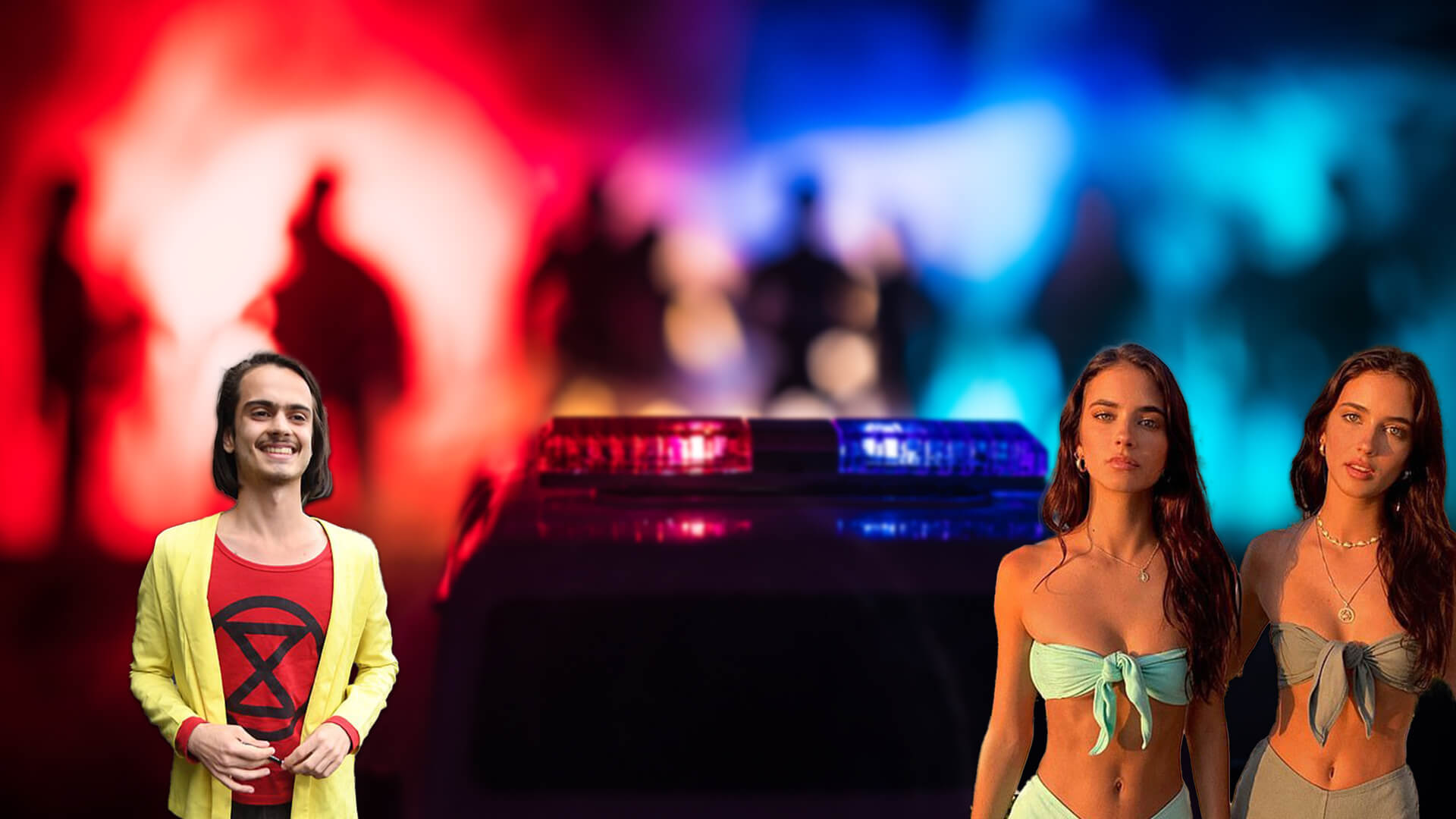 You just can’t make this stuff up.

After being sentenced to twelve months in prison for climbing atop a coal train in a coordinated protest to disrupt Newcastle’s coal industry, Eric “Sergio” Herbert’s bikini model twin sisters leapt to his defence.

His sisters, who also stood by him when he glued himself to a busy street and blocked a bridge with a canoe, told their more than three million followers that their brother was “fighting against climate change on behalf of all of us”.

“The fact that people are getting no time in jail for raping and killing people yet a climate change activist gets a year is f***ing beyond me. I’m so f***ing mad,” Elisha told her followers.

“People say, ‘He stopped a coal train, he deserves what he gets or he made people an hour late to work’ … are you actually kidding me?

She went as far to compare her brother’s plight to that of legendary figures of modern history such as Martin Luther King, Nelson Mandela and Rosa Parks.

This is so deeply disturbing for anyone close to see Eric, a passionate leader and activist for humans, animals and our earth behind bars,” she wrote on Instagram

I know Eric and I know that right now he doesn’t care about his position behind bars. He quit university to do this full time.

He is the courageous person we need to stand up against climate injustice. All he wants is justice and peace for the world like all of us. It’s what he’s wanted from the very start and something he won’t stop at until he gets.

Maybe if they stop imprisoning and silencing climate activists started paying attention to the climate damage that they condone, young aware individuals wouldn’t feel the moral obligation to do this in the first place.

That’s what happens when you break the law and cost the taxpayer and industry at the very least $60 million.

Oh, and by the way, if you’re so concerned about the climate, why not protest outside the Chinese embassy given they’re building another 125 coal-fired power plants?

Why not protest outside the Indonesian, Canadian and Korean embassies given the coal they export and consume has a much higher ash, sulphur and moisture content than Australia’s high-grade deposits, meaning their emissions per kilogram of coal is up to ten times higher?

And why not protest outside the Indian embassy for railroading the FLOP26 climate gabfest in Glasgow because they have the gall to put the interests of their people first by refusing to commit to their anti-development, anti-coal agenda.

As ADVANCE has been saying for years, the best way to protect the environment is to lift people out of poverty, and learning from the incredible rise of ordinary, hard-working Chinese over the last 30 years, coal-fired power is the key.

Without the world’s cheapest and most stable form of energy generation, there’s no chance the Chinese will be able to manufacture your beloved solar panels and wind turbines at a price people other than Bill Gates and co. can afford…