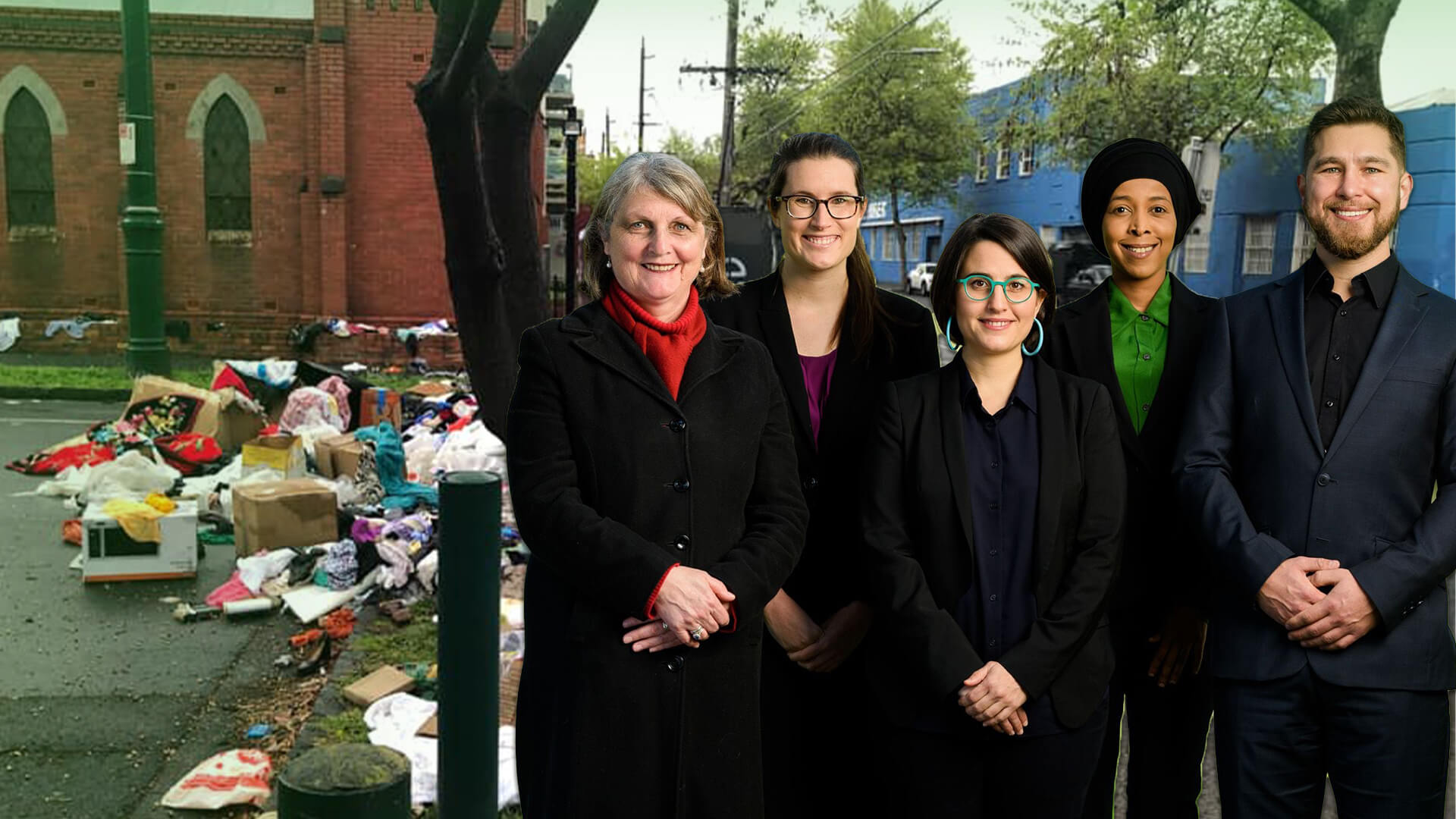 In January, the City of Yarra advertised for a “climate emergency artist” with the $72,000 salary paid by Victorian taxpayers. Not bad money, if you can get it.

Under its “recycling revolution”, Yarra complicated rubbish removal so badly that bins overflowed throughout the municipality, prompting warnings from rubbish bin patrol officers.

A few years ago, Yarra council spent $102,000 of ratepayers’ money on a stolen generations “marker”, and routinely splurged on a range of upmarket bicycles for staff.

Earlier this year, Yarra Council flew the “aromantic flag” at council buildings in solidarity with “those whose experience of romance is disconnected from normative societal expectations or who experience no romantic attraction,” to quote Mayor Gabrielle de Vietri.

In April, one of the new Greens councillors, Cr Anab Mohamud was charged with assault, offensive behaviour and public drunkenness outside Chasers nightclub in South Yarra, which hosts “the popular LGBTQ dance party Poof Doof”.

Now, Yarra City Council is making it as difficult as possible for small businesses to re-open.

As reported by the Herald Sun, Yarra council has pushed forward with a controversial plan to charge $5000 a year for every car park space used for outdoor dining.

Cafes on strips, including Smith and Brunswick streets, would be forced to fork out the “exorbitant” fee under a plan from Greens-led Yarra City Council, while business owners in neighbouring municipalities would pay just a fraction of the cost, if anything at all.

What on earth is wrong with these people?

As Councillor Stephen Jolly, who voted against the motion, said the exorbitant fees would threaten the recovery of many businesses.

“The Greens on Yarra Council live in a parallel universe if they think it’s fair to inflict struggling hospitality business with the highest fees in Victoria,” he said.

“I won’t survive [the new fees] … this is feeding with one hand, and taking from the other. It’s like, here’s something that’s going to help you stabilise your business, but now we’re going to sting you with exorbitant fees,” Ms Marron said.

“What small businesses need across all of Melbourne is support, not for a local council to be looking at ways of recouping misspent money through taxing a space which is critical to their hardworking local businesses. Such a policy shows the complete lack of understanding of any and all within council to the devastating financial impact that COVID has had upon local traders,” he said.

“Anti-business policies such as this is the reason why we need to see greater representation of local business in all forms of government across the state, as right now – whether it be the City of Yarra or the State government of Victoria – businesses are being faced with policies that show no respect to those who work so hard to keep the economic heart of our community beating.”

Well said, mate. Yarra Council should be bloody ashamed of itself.