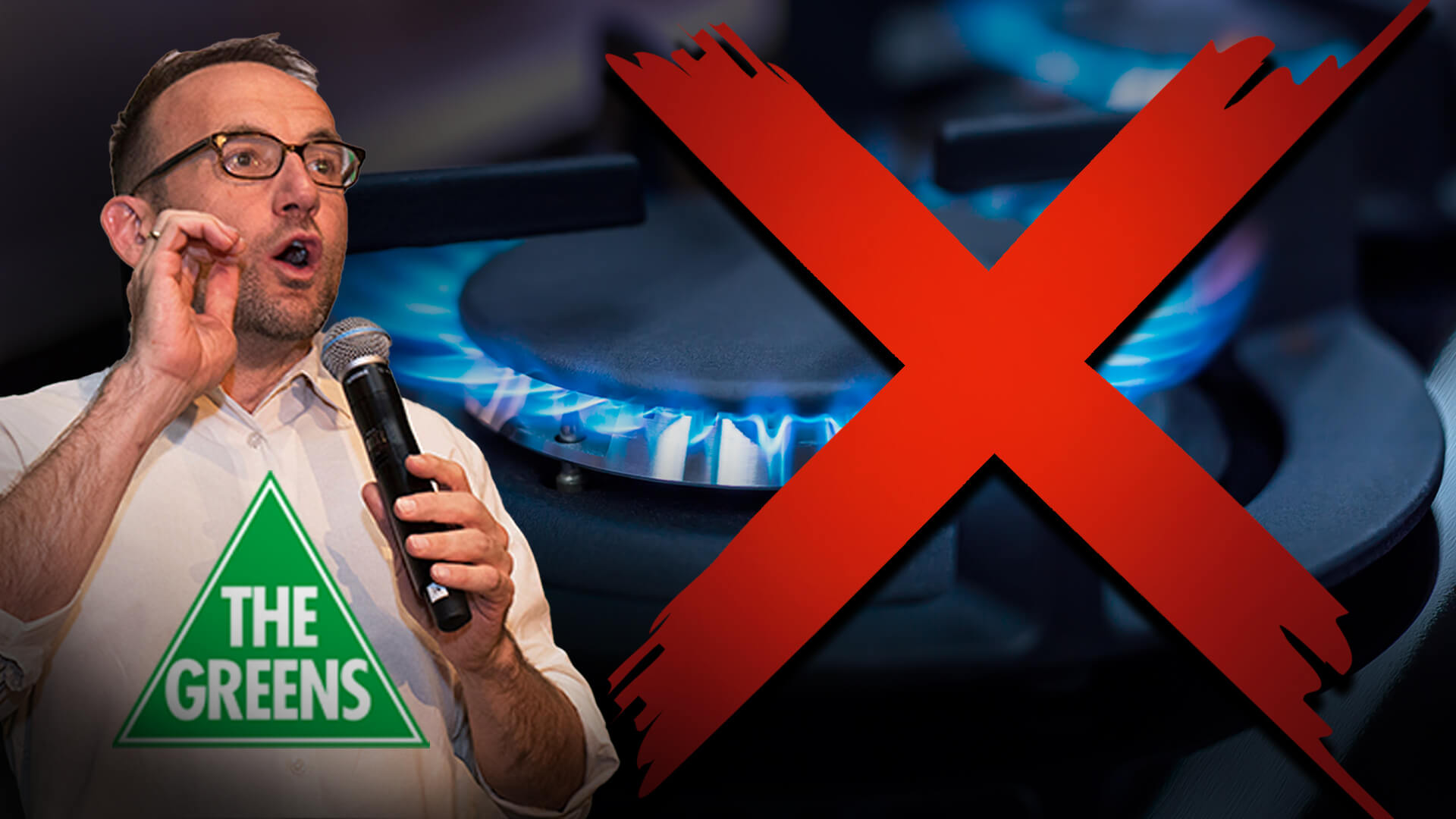 Hot on the heels of Prime Minister Scott Morrison announcing that Australia is going troppo on gas, Greens leader Adam Bandt has ‘helpfully’ illustrated why he thinks this is genuinely a bad idea for Australia.

Thinking they have won the war on coal, gas is the next fossil fuel on the green-left’s hitlist.

On Sunday Bandt declared that a decade-deadline to phase out coal and gas is necessary to avoid going over a "cliff" at which point "global warming becomes runaway [and] becomes unstoppable".

He didn’t explain from where our electricity and manufacturing jobs would come from in the absence of coal and gas and the alarmist-obsessed Sunday media didn’t require him to bother with such detail.

Bandt says abolishing gas is achievable for “somewhere in the order of about $25 billion a year increase in net debt over the next 10 years.”

Given how radically the green-left’s anti-coal mantra has managed to turn our politicians against coal in far less than 10 years, we need to take this guy seriously.

In a move that will probably be short-lived until reality again kicks in, we now have a Coalition government which has dropped coal from its energy road map.

However, the fight is far from over with Queensland Senator Matt Canavan working to bring common sense back to the Coalition.

In just three years, the man who is now our Prime Minister has gone from passionately defending coal to adopting a gas-fired version of Malcolm Turnbull’s ill-fated National Energy Guarrantee.

The Morrison of 2017 roared at the fossil fuel haters, lambasting them for “afflicting the jobs in the towns and industries and indeed in this country because of their pathological, ideological opposition to coal being an important part of our sustainable and more certain energy future.”

They’re quite literally the only reason the Coalition has gone cold on our largest source of power and our second biggest export.

What makes even less sense is why the Coalition appears to be ditching coal for another, far more expensive, fossil fuel which the climate alarmists are equally determined to eradicate.

There’s no satisfying the hard left.  No sooner had the Coalition made it clear they were switching to gas, the left went into overdrive launching campaigns against it.

“Instead of creating clean energy jobs and securing a safe future for all of us, they're [the Coalition government’s] enabling new climate-wrecking gas projects that will threaten our futures and communities,” wrote GetUp’s school striker, summoning the fury of the masses.

“Last week the government announced its ‘roadmap’ to climate destruction,” GetUp wrote in a separate missive to their supporters – as if Morrison were personally digging mass graves.

The question remains: Why are we wasting our time and millions in taxpayer money on what’s sure to be the next thing phased out to appease the climate gods?

For crying out loud, Australia is only responsible for 1.3% of global emissions – nothing we do will make the slightest difference in the big scheme of things.

"We could get to zero emissions within Australia and become a renewable energy super power that is exporting our sunlight instead of exporting our gas and coal," says Bandt, voicing the left’s ultimate fairy tale goal.

Last week we might have said, “And pigs may fly”.

But given the great strides this anti-jobs, anti-economy and Australia-destroying agenda has already managed to make, we’re not so sure anymore.

It’s a simple geological fact that if you’re a friend of the environment you will want Australian coal to be used everywhere because ours is the cleanest coal in the world…  And yet we’re phasing it out for use in Australia.

This explains why Matt Canavan used the coal-fired power station at Gladstone as a prop for his Sky News interview this morning.

Keep up the fight Senator!

He knows gas can’t bring our power prices down (indeed it’s sure to see them rise), can’t return manufacturing to Australia and can’t appease the green-left.

The lesson is that if you give Adam Bandt and the crazy left an inch, they’ll take a mile.