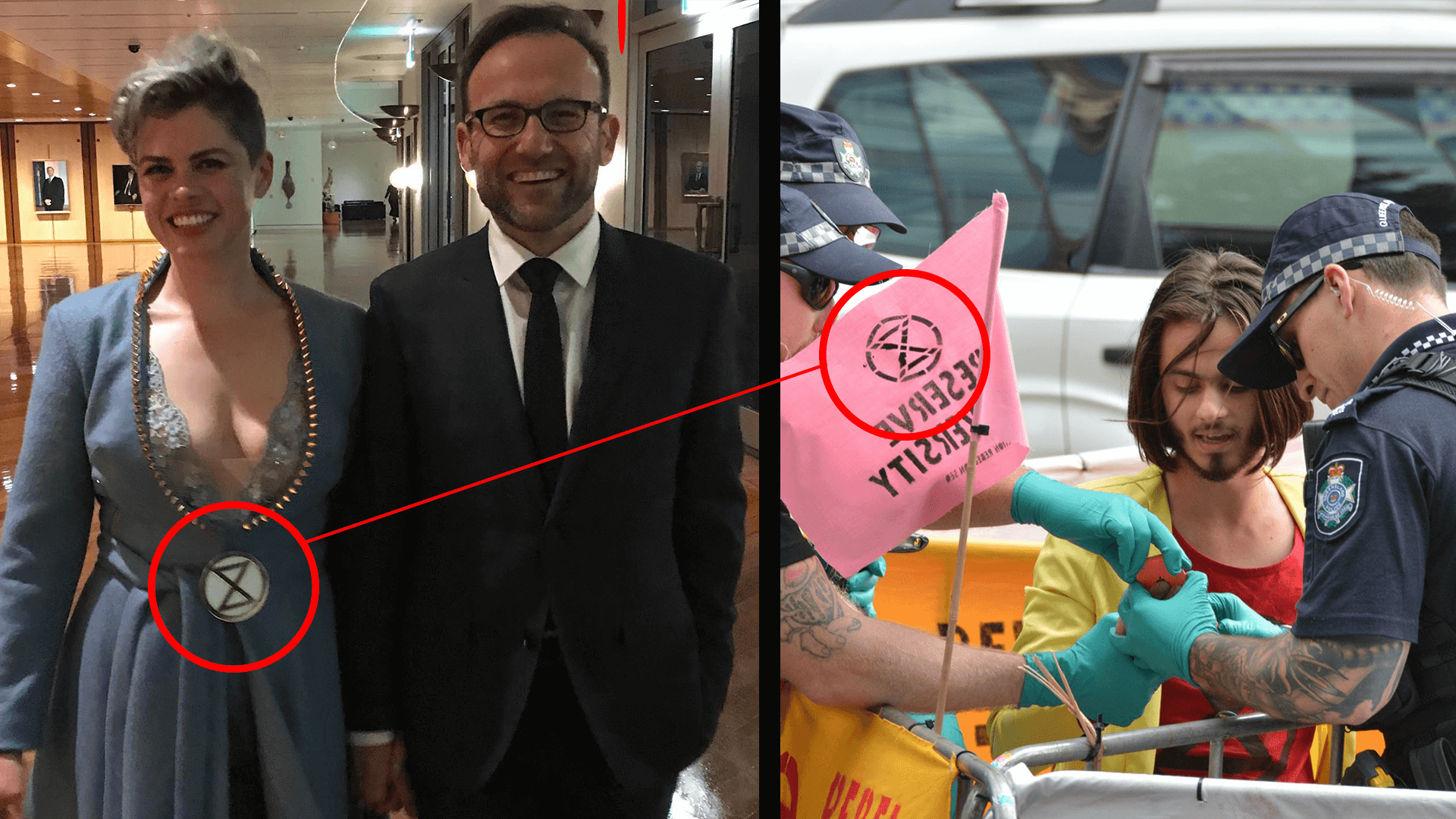 Remember when Parliament’s role in civil society was to restrain – not unleash – anarchy?

Gone are the days.

Last month when politicians frocked up for their annual ball, Adam Bandt and his wife Claudia Perkins posted a happy snap from Capitol Hill.

There they were beaming from ear to ear…  With Claudia proudly wearing the anarchist Extinction Rebellion logo.

“At the annual parliamentary Press Gallery ball, with Claudia sporting XR style,” Bandt tweeted, sharing the photo…  Like it was a good thing.

It’s not the first time the Member for Melbourne’s wife has served as a billboard for the Greens’ agenda of anarchy and economic vandalism.

For last year’s ball she shaved “Coal kills” into her hair and wore a necklace bearing the same words.

Few things are as awkward as someone making a virtue-signalling stance on something they have next to no idea about.

Tell us, Claudia…  How do you suppose zero emissions in six years’ time can possibly work?

It is Australians who will become extinct if Bandt’s XR policies are ever implemented – starting with pensioners who already can’t afford to heat their homes.

Far from being a killer, coal is one of the three most valuable fossil fuels, a mighty source of our nation’s prosperity, and a substance responsible for lifting an untold number of human lives out of poverty.

But hey – the Greens don’t care.

“The Australian Greens want: An Australian government investment policy that divests from all fossil fuel extraction and consumption,” their website reads.

That’s why they’re happy to back XR who are demanding all CO2 and methane emissions cease from 2025 – no more coal-fired power stations, no more cows.

Basically, they want a nation of poverty-stricken vegans.

And sadly, the incurious mainstream media don’t hold them to account for openly advocating policies that will very literally bankrupt Australia.

It’s all rather telling really…