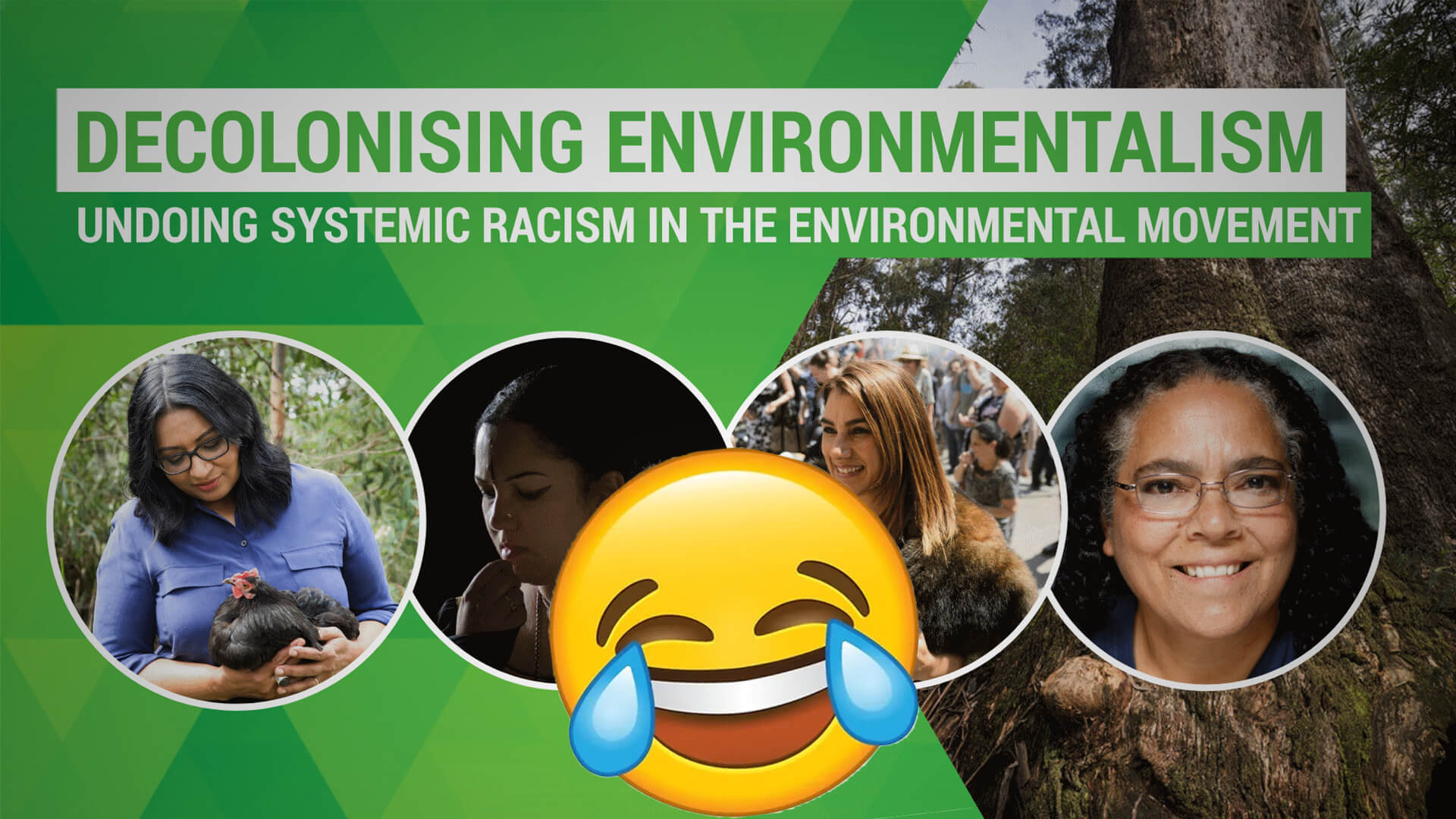 Newsflash: The Greens have admitted there’s racism in their very own environmental movement...  And they’re determined to root it out.

In July the Social Justice Warriors of the Victorian Greens decided to hold a “Decolonising Environmentalism Forum”.

Because, of course, the environmental movement has been colonised with racists.  Can’t do a jolly thing these days without white privilege ruining it, darn it.

The forum was held in the context of “mourning the loss” of the election to the “pro-coal Coalition”.

The Greens weren’t to know the then newly minted Prime Minister Morrison would turn around and give another $1 billion taxpayer dollars to the Clean Energy Finance Corporation.

They assumed the Coalition, which happily took coal votes in Queensland, would follow through on its implied promises.

Like us, they never dreamed the same government which owed its victory to pro-coal votes would turn around and refuse to build coal-fired power stations.

So there they were, holding their “Decolonising Environmental Forum” about “tackling systematic racism in the environmental movement.”

And to signal their anti-racism credentials, Multicultural Greens Victoria advertised the event on their Facebook page with this special message:

…be sure to come along as early as you possibly can to grab a seat.  The rest will have to stand in the adjacent room from the performance space and listen to the panel from there.  If however you are a person of colour and/or needs (sic) a seat for accessibility reasons, please send an email to [email protected] and we will reserve a seat for you.

That’s right, folks – if you're white, check your privilege at the door and go straight to the back of the room.

Because fighting racism with racism will fix systematic racism in the environmental movement...

And you can bet the Greens won’t stop there.