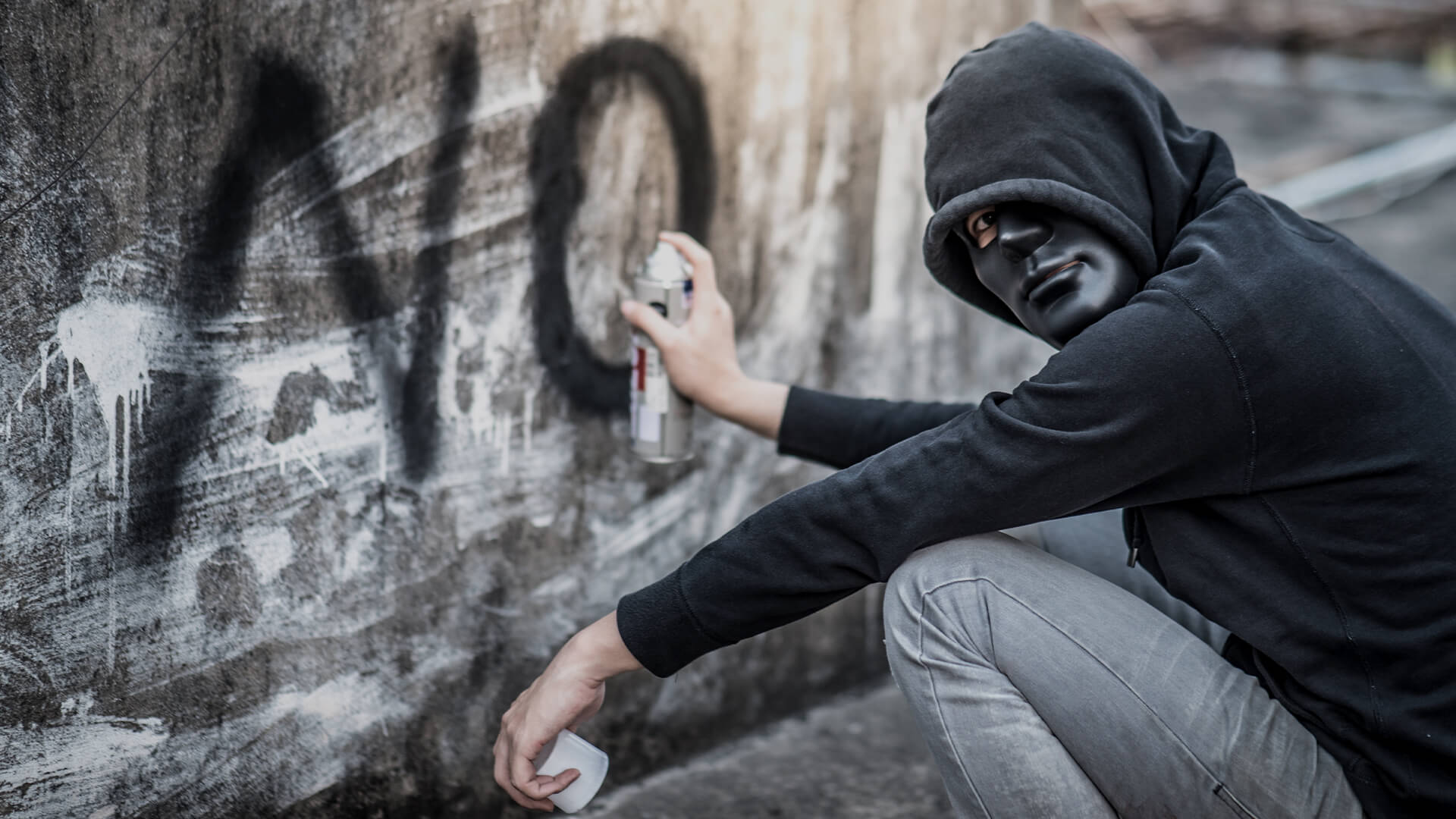 The Greens are refusing to comment after one of their political staffers was caught defacing a statue of Captain James Cook in the wee hours of yesterday morning.

Having caught wind of a possible attack by Marxist thugs, NSW police had gone to the effort of forming a guard around Cook’s statue on Saturday night.

They couldn’t have foreseen ignorant anti-Australian Greens raiding it at 4am.

Shi and an accomplice were caught spraying Cook on CCTV.

“NO PRIDE IN GENOCIDE” and “SOVEREIGNTY NEVER CEDED” their graffiti reads.

They appeared yesterday in Parramatta Bail Court after being charged with destroying or damaging property and possessing a graffiti implement.

But instead of sacking Shi, Shoebridge has written off the offence saying she committed the crime “out of work hours”.

If that’s not a green light, what is?

If that’s not contempt for the rule of law and community standards, what is?

The Greens sanctioning an attack on Cook flaunts their ignorance.

Of all explorers, his attitude towards the Indigenous people of the lands he explored was one of the most enlightened of the time.

Cook imperfectly went out of his way to treat them well, and never killed a single Aboriginal.

But facts don’t matter to the left – they’ll stop at nothing to re-write history and falsely typecast Cook as a genocidal villain despite no serious analysis of our history supports the idea that Australia’s settlement was genocidal.

The Greens seemingly stand by Shi’s spray-painted charge of genocide, but where’s the evidence?

No one denies the wrongs of the past happened – they’ve been acknowledged and our laws have long been changed to provide equality under the law for everyone, including and especially Indigenous Aussies.

But in the eyes of the left, nothing is sufficient.

As Indigenous Aussie Jacinta Price describes, "We have been hoodwinked into believing that somehow reconciliation means appeasing the aggrieved, those who refuse to forgive, and we are held to ransom every time the goal posts are shifted."

As for Shi’s “SOVEREIGNTY NEVER CEDED,” dispossession has happened to indigenous people throughout history and it was happening apace as lands new to Europeans were being discovered and colonised in the 17th and 18th centuries.

If they’re so serious about this, why don’t the Greens cede sovereignty of the Aboriginal land they now occupy?

Why don’t they advocate that their voters in the inner cities give up their homes and turn them over to indigenous people as reparations for Australia’s ‘genocide’?

Instead, the left are all about empty gestures like rallying en masse crying “racism” and vandalising heroes of Australian history and western civilisation.

As Brendan O’Neill explains so succinctly:

They [the left] spent decades developing “critical race theory” — the idea that racism is ingrained into modern societies such as the US, Britain and Australia. This theory, foisted on students at every opportunity, presents racism almost as an original sin, a stain Western societies will never wash away.

It reduces black people to permanent victims of the virus of racism and depicts white people as the “privileged” beneficiaries of slavery and other historical crimes. All blacks suffer, all whites are complicit: that’s the nasty message of this eccentric ideology.

And now this nonsense, this world view that patronises blacks and demonises whites, is running riot. Literally.

Nonsense is right.  But that’s the Greens’ bread and butter.