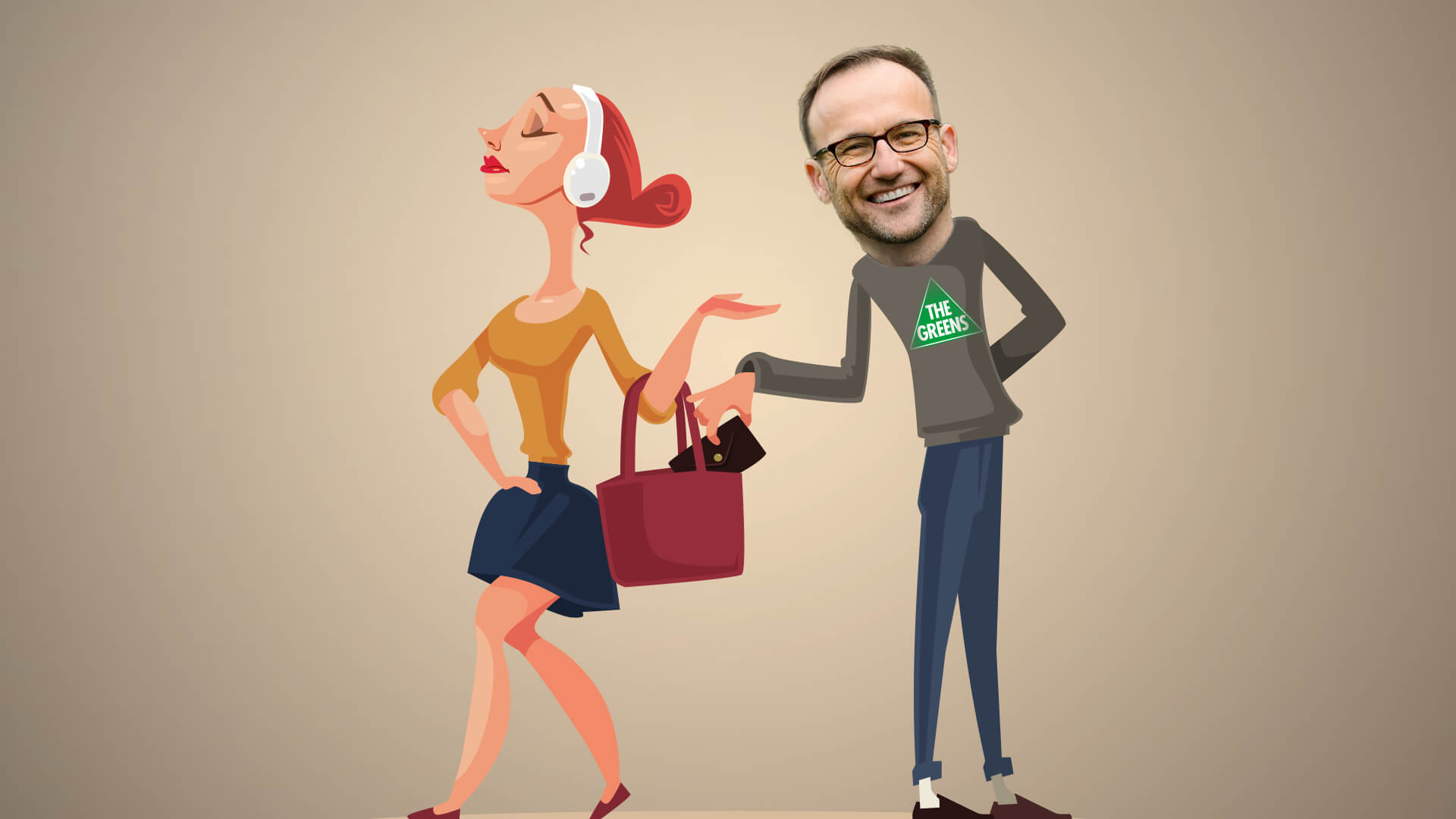 Newly elected leader of the Greens, angry ant Adam Bandt, hadn’t been in the job for a matter of hours when he started calling for more taxes on your existence.

Bandt thinks he can stop bushfires by slapping yet more tax on the petrol that runs your car and the gas that cooks your food and heats your home.

But more than anything, he wants an even higher tax on the coal that keeps your lights on.

It doesn’t matter that a tax on coal is also a tax on people with electric cars – because it’s all about virtue signalling, such inconvenient truths don’t matter.

Bandt is unashamed in calling for new taxes to scrap our courageous volunteer bush firefighters and replace them with paid union mates.

He’s so morally superior that he has no qualms in tweeting that coal companies and Prime Minister Scott Morrison are killing people.

“The burning of coal, oil and gas is fuelling the climate crisis and putting Australian lives at risk. It’s time that fossil fuel companies start meeting the costs of tackling the climate emergency.”

This, of course, means he’s fully justified in taxing the “killers”.

The only problem is that in fact it’s mainstream Australians who end up paying such taxes – because we need our cars to drop the kids off at school, we need to heat our homes and we need to light them at night.

As new Nationals Deputy Leader David Littleproud helpfully pointed out this week: “We’ve still got to have baseload (electricity), this is the thing. We don’t have battery storage to the capacity that we need to be able to keep the lights on.”

That fact has clearly escaped Bandt who, frustrated he can’t shut down fossil fuels tomorrow, is trying for the next best thing – taxing them out of existence.

The last thing mainstream Australians need is new taxes on their cars, lights and cook tops.

The last thing we need to do is replace our brave volunteer bush fire firefighters with union-approved firefighters.

But Bandt and his band of Greens don’t care if everyday Aussies suffer – as long as they can virtue signal about climate, featuring as guest speakers at Extinction Rebellion’s rallies.

Don’t hold your CO2 waiting for the mainstream media to ask hard questions of Bandt.  They, like he, think we’ve got just 10 years to save the world.